Mounted emu eggs appeared in Australia from the late 1850s and remained fashionable until the end of the century. This unusual piece is one of the finest from accomplished watchmaker, silversmith and jeweller William Kerr.

Kerr established a business with his brothers in Sydney 1857, then worked for Hardy Brothers from 1864 until 1875 before opening his own store in George Street in 1882.

He was best known for his sporting trophies that featured Australian motifs. This piece was presented by the Sydney Bicycle Club to the Surrey Bicycle Club in England. 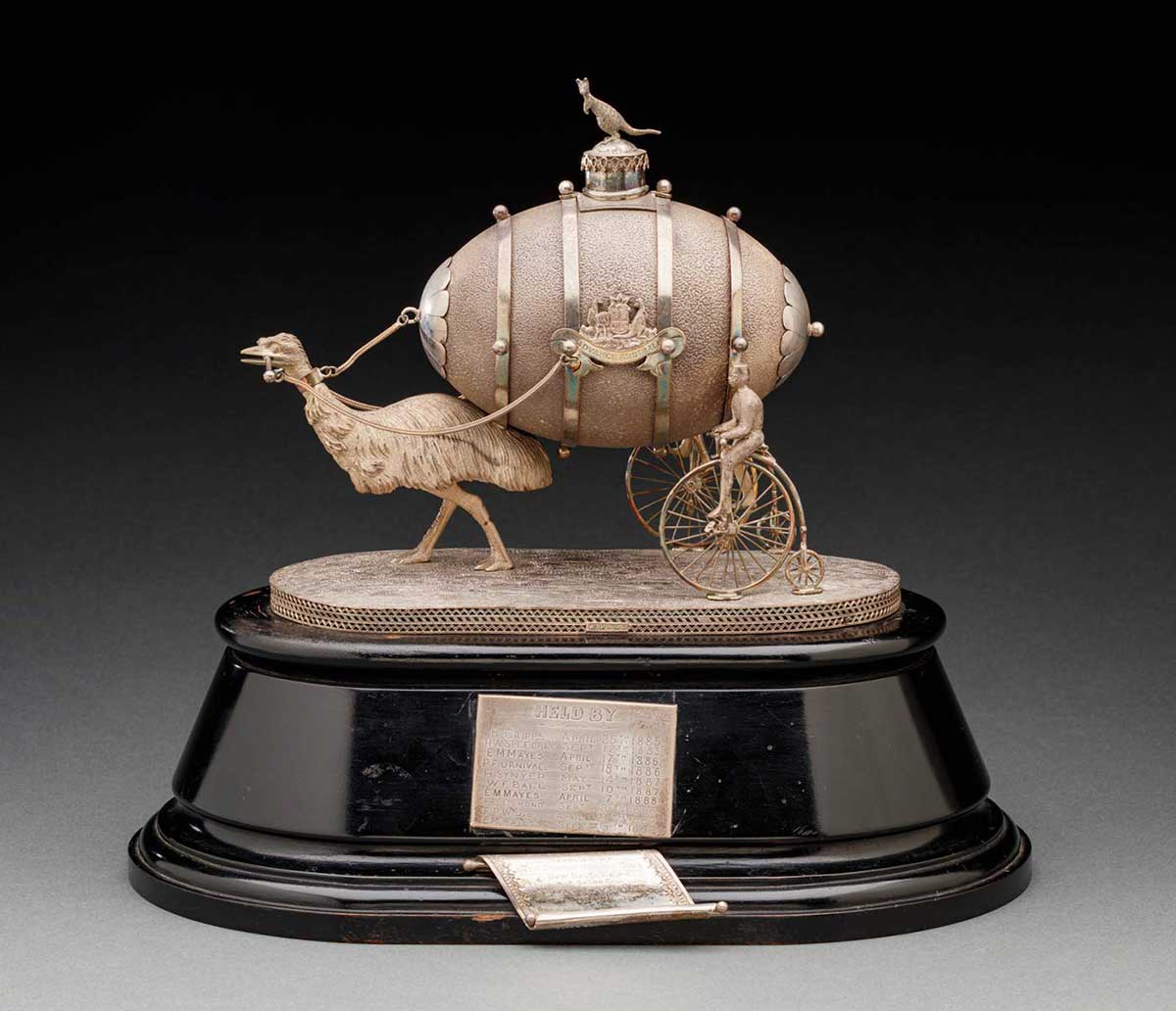 The Trevor Kennedy Collection features more than 60 mounted emu eggs. They appeared in Australia from the late 1850s and remained fashionable until the end of the century. The dark green egg offered a surface for etching and cameo carving and provided a contrast to the bright silverwork. Based on European designs, which used ostrich eggs, they were adapted to incorporate Australian materials and motifs.

Decorative emu eggs were crafted as trophies and presentation pieces, often featuring the egg as a functional element such as an inkwell, jug, casket or cup. These unusual objects now seem more strange than superb, but closer examination reveals stories about the people that crafted them and the society that admired them.