In 1925 this small Citroën made history by being the first car to travel around Australia. Now a part of the National Museum of Australia's collection, the car received specialist attention from conservators and remains in full working order.

Today, a trip around Australia is considered a major undertaking. In 1925 it was considered amazing and the Citroën's feat was one of a series of long distance car trips which made news headlines.

The Citroën is a 1923 5CV model. Its owner and driver was Nevill Westwood, a 22-year-old Seventh Day Adventist missionary. Nevill bought the car secondhand in Perth. It had already travelled 48,000 kilometres.

Nevill left Perth with Greg L Davies in the Citroën on 4 August 1925. Their adventures included passing the burnt wreckage of a car abandoned by adventurer Francis Birtles on an earlier trip to the Northern Territory.

Along the way punctured tyres were filled with grass and cowhide and the car was carried across the Fitzroy River by local Aboriginal people.

Davies quit the car at Albury on the New South Wales and Victoria border. Westwood went on to Melbourne and Adelaide. He returned to Perth, escorted by a welcoming convoy of motorists on 30 December 1925.

This short film shows Nevill Westwood driving into Perth, Western Australia, on the return leg of his journey, December 1925. Item 4883, National Film and Sound Archive. This video has no sound.

Caring for the car

At the journey's end Nevill put the Citroën into storage while he continued travelling on church business. His brother sold the car in 1926 but when Nevill returned he bought the car back, recognising its significance to Australian motoring history.

The Citroën remained with Nevill until his death in 1969, after which the car passed to his son Ron.

The Citroën's adventures and the passing of time took its toll on the car. In 1975 Ron began a year-long restoration project. He collected spare parts and commissioned work by a West Australian firm.

The car's chassis and body were largely retained, with some repair to the rear panels, doors and hood. The engine block was discarded and the engine rebuilt, with some original parts re-used and the original radiator maintained. 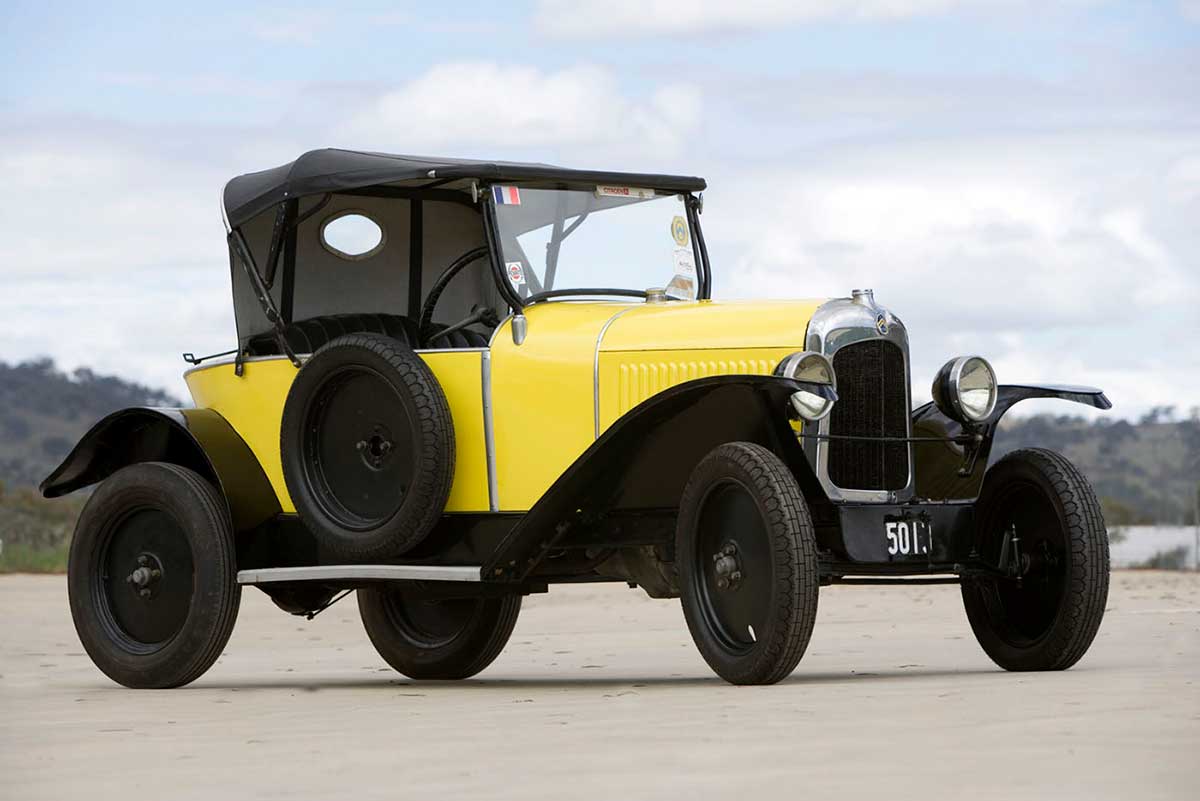 New home for the Citroën

Ron hoped to re-run his father's trip in 2000 for the 75th anniversary, but this did not eventuate. In 2000 the car underwent a second modest reconditioning.

The National Museum acquired the Citroën from Ron Westwood in 2005. Museum conservators have worked to retain its form and function, including the 1975 restoration work which is now part of its history. 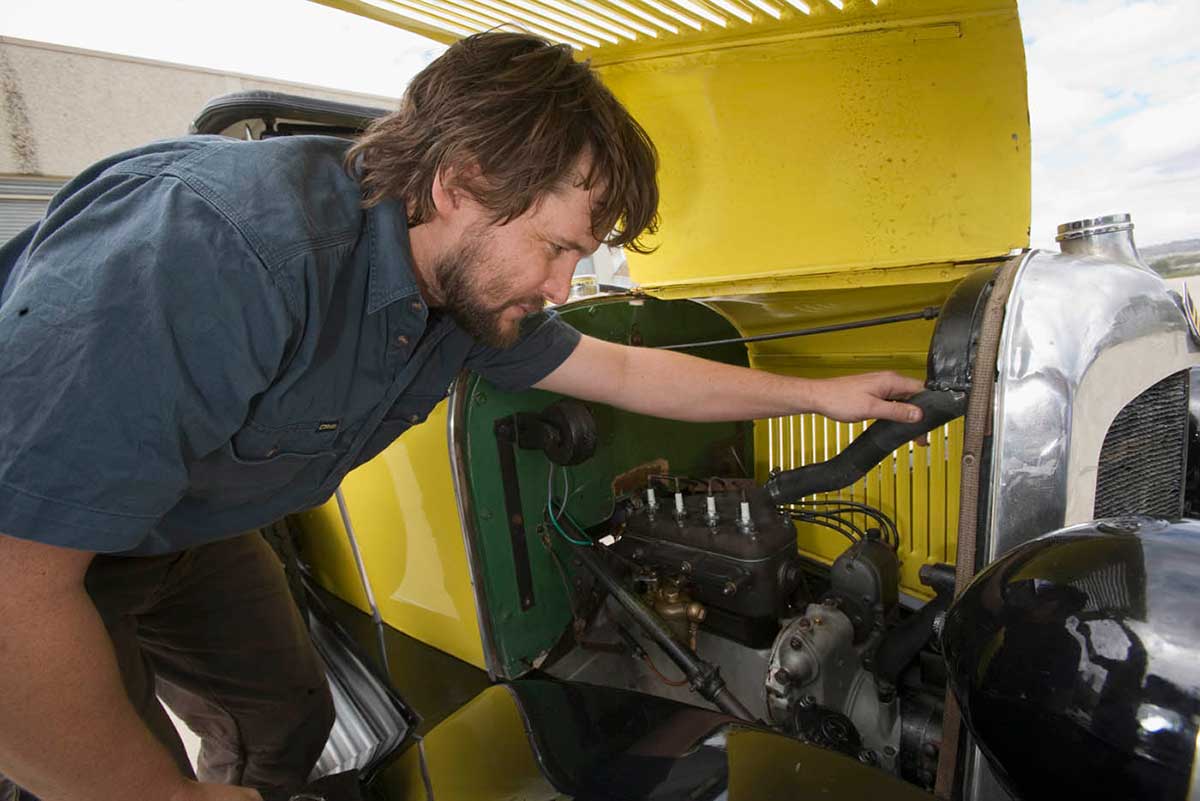 Over a year, the National Museum's conservators and expert contractors completely disassembled all components of the body, chassis, engine and transmission. Conservation treatment has generally involved removal of chloride corrosion, and the chemical stabilisation of the chassis and body components.

The chassis was repainted, while the body retains the form of the 1970s restoration period. The engine and transmission were also meticulously treated and reconditioned to functional condition. 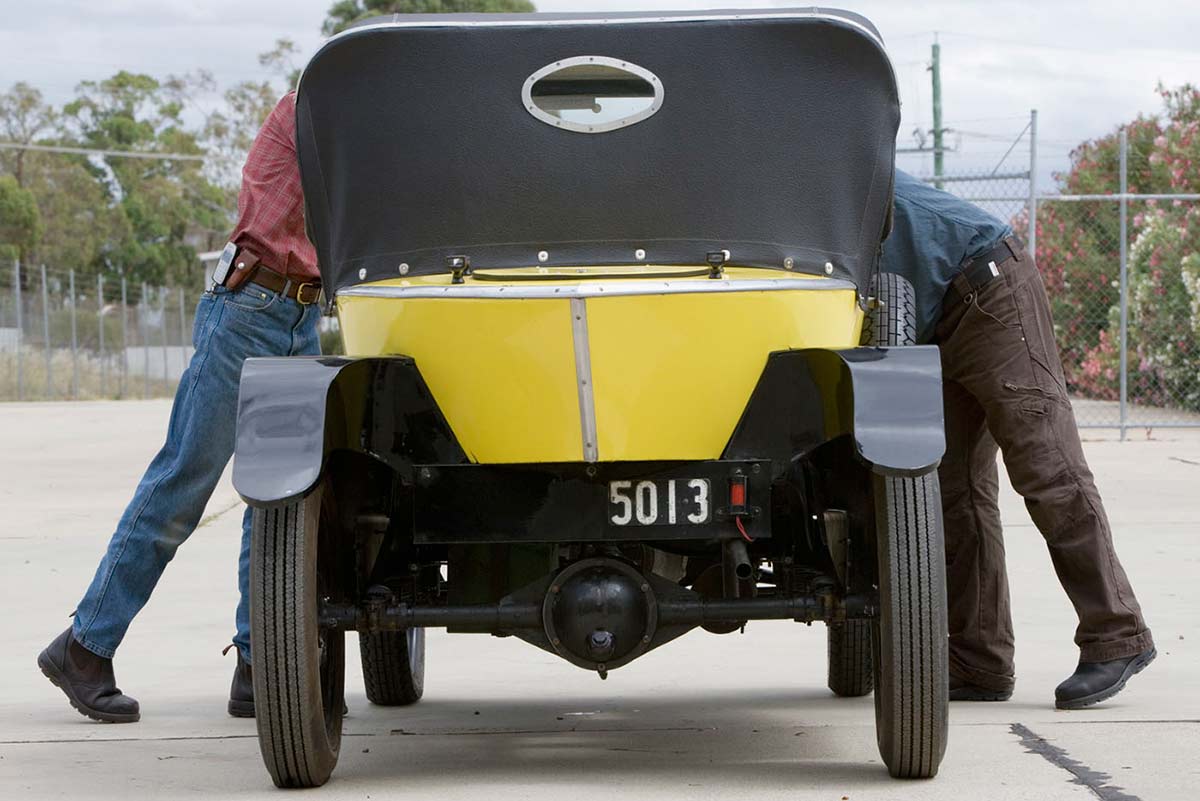 Conservators work on the Citroën's engine

The 5CV marked the start of popular motoring in Europe. Cheap to run and simple to handle, it was a huge success.

Andre Citroen studied the production techniques of Henry Ford after World War One and was intent on developing a cheap and reliable car. Introduced at the 1921 Paris Motor Show, it was produced for four years, first in a two-seater open tourer version, mostly painted bright yellow. It was known as the 'petit citron', which translates to 'little lemon'.

It was also produced as a convertible and a 3-seater open tourer, the favoured 'clover-leaf' model of 1924. The first Citroën was imported to Australia in 1919–20.

1923 5CV 'Type C' torpedo' Citroen motor car, driven around Australia by Nevill Westwood in 19251923 Citroen 5CV 'Type C 'torpedo'. The car is a right-hand drive two-seat boat-tail roadster, which is painted bright yellow, with black mudguards and black metal disc wheels. The collapsible black canvas roof is on a black metal frame and it has a small oval window in the back. The spare wheel is mounted vertically on the righ...