From the vault – Chamberlain collection 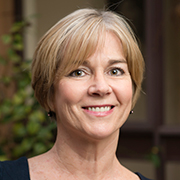 Forty years ago a baby died. The aftermath was brutal and sent shockwaves through Australian society. Today marks 40 years since Azaria Chamberlain was taken by a dingo while her family was camping at Ayers Rock, now Uluru. This tragedy resulted in one of the most infamous legal and media events in Australia in the 1980s.

Speculation about Azaria's parents, Lindy and Michael Chamberlain, was rife. Lindy was eventually cleared of any connection with Azaria’s disappearance, but not before she served more than three years in prison.

The National Museum of Australia has more than 350 objects donated by or purchased from the Chamberlain family and more than 200 items from other sources associated with the case. The Museum continues to work with Lindy Chamberlain-Creighton to document the impact of Azaria's disappearance and the experiences of her family.

On 17 August 1980 the Chamberlains were camping with their two young sons and nine-week old daughter, Azaria. Azaria disappeared from the family tent while her parents were at a nearby barbecue area. Lindy and other eyewitness were adamant a dingo had taken the baby from the tent.

An initial coronial finding agreed with that scenario but at the 1982 trial, Lindy was convicted of murder, with Michael convicted of being an accessory to the crime.

Lindy consistently maintained that Azaria was wearing a matinee jacket when a dingo took her from the tent. A week after Azaria was taken, her nappy and jumpsuit were found  four kilometres from the campsite. There was no sign of the jacket. Prosecutor Ian Barker described Lindy’s assertion about its existence as a 'fanciful lie'.

When British backpacker David Brett fell to his death from Uluru in 1986, few could imagine what it would reveal about one of Australia’s most notorious events.

When searchers found Brett's body near the base of the rock they also found a small, stained matinee jacket. It was instantly recognised and handed to police.

Lindy was released from prison soon after the jacket's discovery. Lindy and Michael Chamberlain were formally exonerated in 1988.

A key piece of evidence in the prosecution's case was the Chamberlain's family car, a 1977 Holden Torana. The prosecution alleged Azaria was killed in the front footwell of the car, causing blood to spray under the dashboard.

The presence of 'foetal haemoglobin' confirmed by an expert witness was a key part of the evidence which resulted in Lindy being jailed. The spray under the dash was found be a sound deadening material used during the manufacturing process of the car.

Despite this finding, police did not return the car to Michael Chamberlain until 1990. It was stripped down, with parts dumped in boxes. Michael restored the car and with bitter irony, added the number plate 4ENSIC.

The Chamberlains on the Stuart Highway

The Chamberlain case created deep divisions among Australians. It spawned an industry of distasteful memorabilia, some of which was sold outside the court, confronting the Chamberlains each day of the 1982 trial.

The Chamberlains were viewed with suspicion due to their religion as Seventh Day Adventists and Lindy’s perceived lack of grief. A black dress with red trim that Lindy had made for her son Reagan, and was later worn by Azaria, was held as proof the family belonged to a dark cult.

The objects in the Museum's collection deepen the insight into what is likely to become the legacy of the Chamberlain case — what barrister and Queen’s Counsel Chester Porter calls the ‘extraordinary list of forensic blunders’. These forensic mistakes resulted in an innocent woman being sent to prison and eventually resulted in procedural reforms that attempted to ensure this would never happen again.

The Chamberlain collection has been accessed by Australian Federal Police, to give recruits an insight into lessons learned from the controversial forensic science case.

In 2012 a fourth inquest, held 32 years after Azaria’s death, agreed with the first. Coroner Elizabeth Morris found that ‘the cause of her death was as the result of being attacked and taken by a dingo’.

Azaria Chamberlain's black dress, pilchers and booties setThis outfit was made by Lindy Chamberlain for her son Reagan and was also worn by her daughter Azaria. The dress achieved notoriety after Azaria was killed by a dingo on a family camping trip to Uluru in 1980. As it was unusual to see a baby dressed in black, the rumour that 'the baby was always dressed in black' was considered...