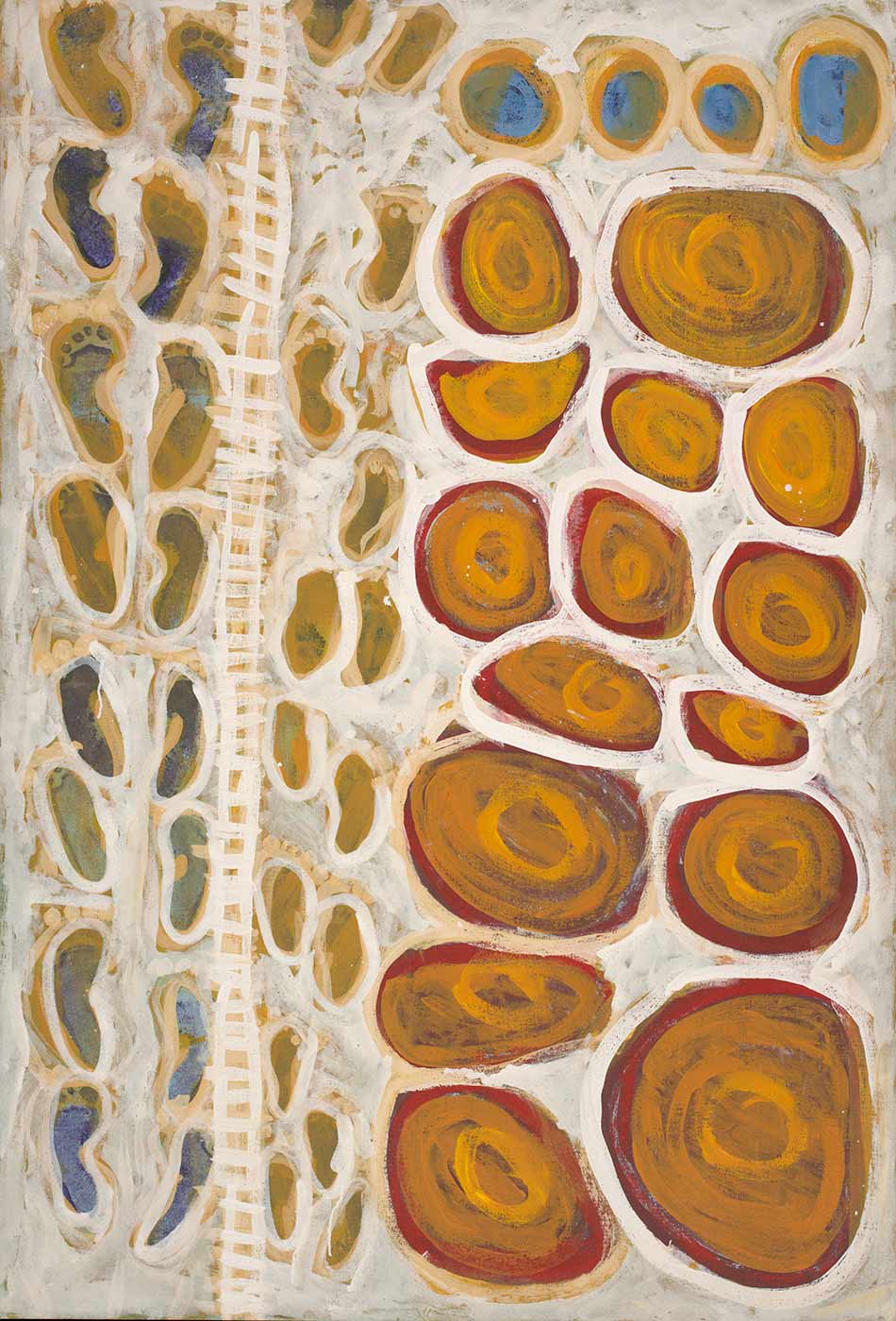 Footprints along the Rabbit Proof Fence by Anya Judith Samson

Before the stock route, Martu people had to deal with other changes in their country.

The ‘rabbit-proof fence’, also originally surveyed by Alfred Canning, was a major structure laid over the land in an attempt to stop the spread of rabbits.

Here the artist has painted the fence, and shown how that line cut across the traditional country, waters and walking paths of her ancestors.

Part of the rabbit-proof fence is on display in the Museum's Old New Land gallery.

In the early 1900s, with a mining boom underway, the high price of beef was a major problem for the growing state of Western Australia.

In 1905 politician James Isdell proposed creating a stock route through the desert to transport the East Kimberley cattle to southern markets.

The task of surveying the stock route was given to Alfred Canning. His job was to find a route from the goldmining town of Wiluna through more than 1800 kilometres of desert to Sturt Creek in the north.

Canning succeeded, but his methods cast a shadow over the route. His treatment of Aboriginal people, including chaining them, became the subject of a royal commission. Canning's map, however, became a symbol of Australia’s pioneering history.

The map records the land formations and water sources required to sustain stock along a narrow desert corridor. What it does not show is Aboriginal country — the homes, lives and cultural landscapes that the Canning Stock Route would intersect and interrupt.

Zoom in to see Alfred Canning's map of the Canning Stock Route in more detail: