Inside: Life in Children’s Homes and Institutions

Institutions as a place to bring up children have been part of Australia’s history since the earliest days of the colony. Writing about early 19th century Sydney in Children of the Back Lanes, historian John Ramsland describes a system that cast a long and familiar shadow over the history of institutions for children in Australia:

Between 1801 and 1826, a system of child institutionalisation had been firmly established. It comprised the compulsory detention of the individual until early adulthood (at the time, mainly 14 or 15 years of age) ... monotonous industrial work within the asylum, with removal from all ‘immoral and evil influences’.

It was a dormitory system of child management with its concomitant mass feeding of a dull uniform diet and a rigid authoritarian form of schooling and training. Once the child became an inmate, parents were relatively powerless to assert their rights. The future destiny of their child was in the hands of the State.

Children attending these asylums were readily labelled by the small Sydney community as objects of public charity. The future low social rank of the children was thus assured.

A century later, in the 1920s when the story on the Inside website begins, residential institutions were still viewed by authorities as appropriate places in which to bring up children.

As a result, about 500,000 children from 1920 to 1980 were committed to spend part or all of their childhood ‘inside’. The majority of these children were not orphans. Many had one or both parents alive, or had other living relatives. How many institutions there were will probably never be known. There were at least 800.

They varied from large institutions holding several hundred children to a household where maybe a dozen children were cared for by a couple of carers, perhaps a widow and an adult daughter.

These institutions were run by churches and charities, state governments, other philanthropic organisations or private individuals.

Some were run on the ‘cottage system’, where children lived in smaller groups looked after by ‘cottage parents’ within the grounds of the institution.

How children were committed to institutional ‘care’

The reasons for children being placed in institutions from the 1920s to 1980s were many and varied:

A small number of families were able to bring their children home again. But once a child was in the system, it was often difficult or impossible for families to negotiate their return.

‘Where were the guardians of the good?’

With more than 800 institutions and about half a million children who passed through their gates, there can be no single history of institutional life for children during this time. There cannot even be a simple narrative within the life one child, because of the unstable nature of the system.

Stories of positive and negative experiences can exist within the life of one child.

But it can be said from the narratives of those who experienced institutional care, that this system was unsafe, because it was under-resourced and lacked proper scrutiny. 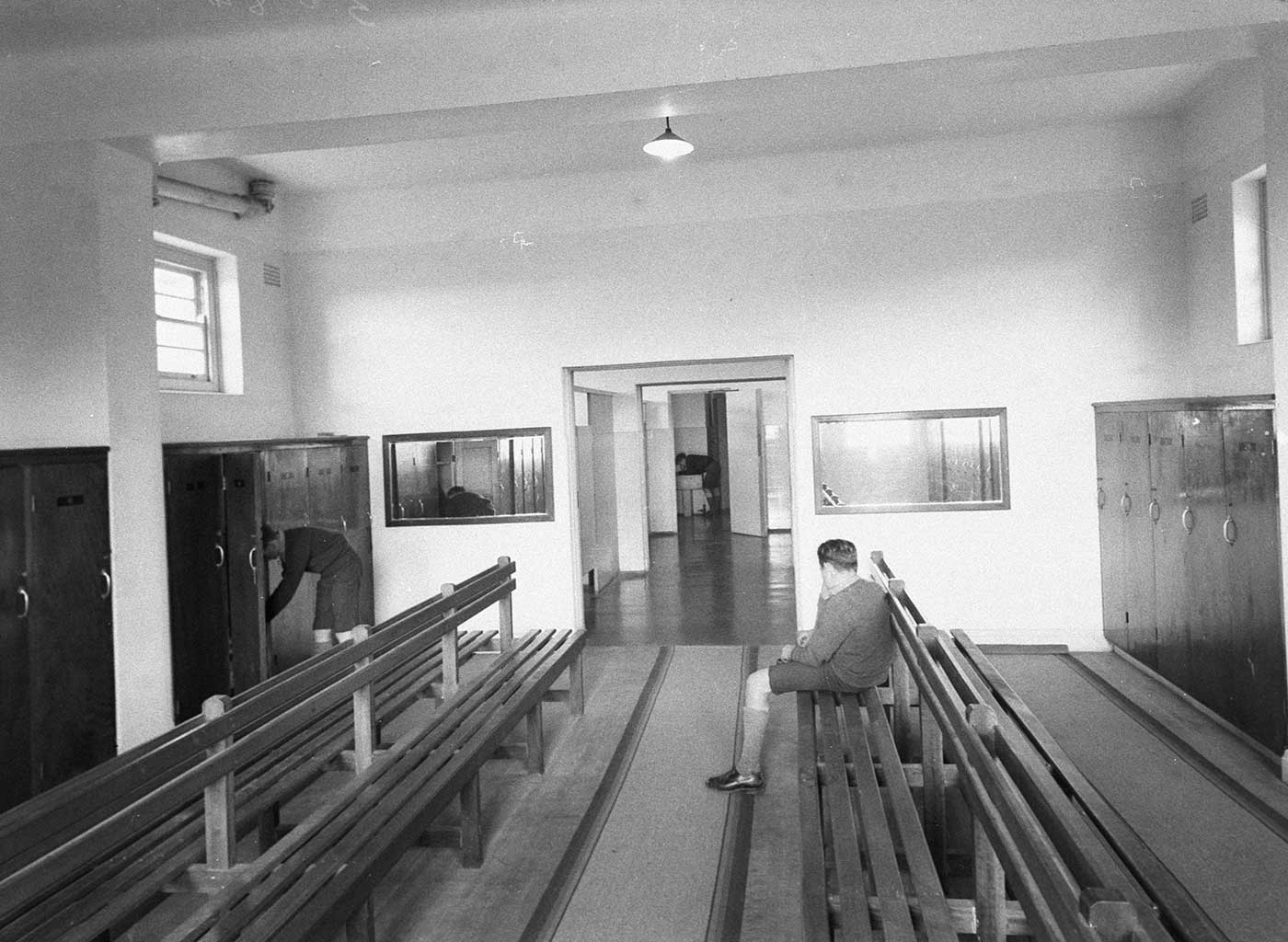 Although ultimately Australian governments were responsible for these children, no child in this system could be guaranteed access to adequate nutrition, education or appropriate care.

There was no surety that any child who passed through the gates of an institution would not suffer psychological, physical or sexual violence, because nobody was watching.

While the accepted treatment of children differed in some respects from current practice, the abuse found in many homes was neither legal then nor legal now.

It was not until the later years of the 20th century that a general move away from institutional ‘care’ for children took place. In part this was a response to changes in government welfare, beginning with the introduction of the ‘single mother’s benefit’ in 1973, providing the means for single parents and low-income families to care for their children at home. Also there was, finally, recognition by the authorities that institutionalisation was not an appropriate form of ‘care’ for children. Attitudes to having children outside marriage also changed, so fewer women were compelled to give up their babies. And, in the early 1970s, the child migrant scheme ended.

The buildings that were once children’s homes and orphanages are now being used for other purposes, or have been left derelict or demolished. Often there is nothing to mark a place where hundreds of children spent their childhood. For so many people it’s a history that remains unacknowledged.

The legacy of these places is often found in the long-term impact of a childhood spent in institutional care. A legacy resulting from the emotional deprivation, neglect, abuse and assault that occurred ‘inside’, and the lack of understanding and support received once children left the institution for a life ‘outside’ in the community.

The Inside exhibition on which this website is based, was promised in the National Apology to the Forgotten Australians and Former Child Migrants delivered by Australian Prime Minister Kevin Rudd on 16 November 2009 in Canberra.

Only a year before, Prime Minister Rudd had apologised to the Stolen Generations – the Aboriginal and Torres Strait Islander children who had been removed from their communities and placed in foster or institutional ‘care’.

Before the apologies, there had been three Senate reports, following pressure from the three interest groups for the government to put on record the histories that had been hidden or unrecognised.

For some, government apologies are just words. For others, they have great meaning.

After the apologies, life goes on. Apologies do produce practical change as well as emotional support. For example, the Find and Connect service funded at the time of the Apology to the Forgotten Australians and Former Child Migrants aims to assist people to locate what records there are for the institutions where they lived.

However, there are many unresolved and significant issues. These include redress for those who suffered in homes, which is not available in New South Wales or Victoria, the most populous Australian states.

Many former residents of homes continue to struggle with the ignorance of the community concerning the life they led in the homes and the effect on life afterwards. This ignorance extends to some some health professionals and means care-leavers need to continually explain the issues they deal with.

A lack of justice for abusers causes anger and dismay for many care-leavers. Though the abuse some suffered was a crime at the time, justice is extremely difficult to obtain. Senator Andrew Murray identified limitation periods, the challenge of establishing liability, the adversarial nature of the system and the cost of litigation as forms of ‘secondary abuse’. 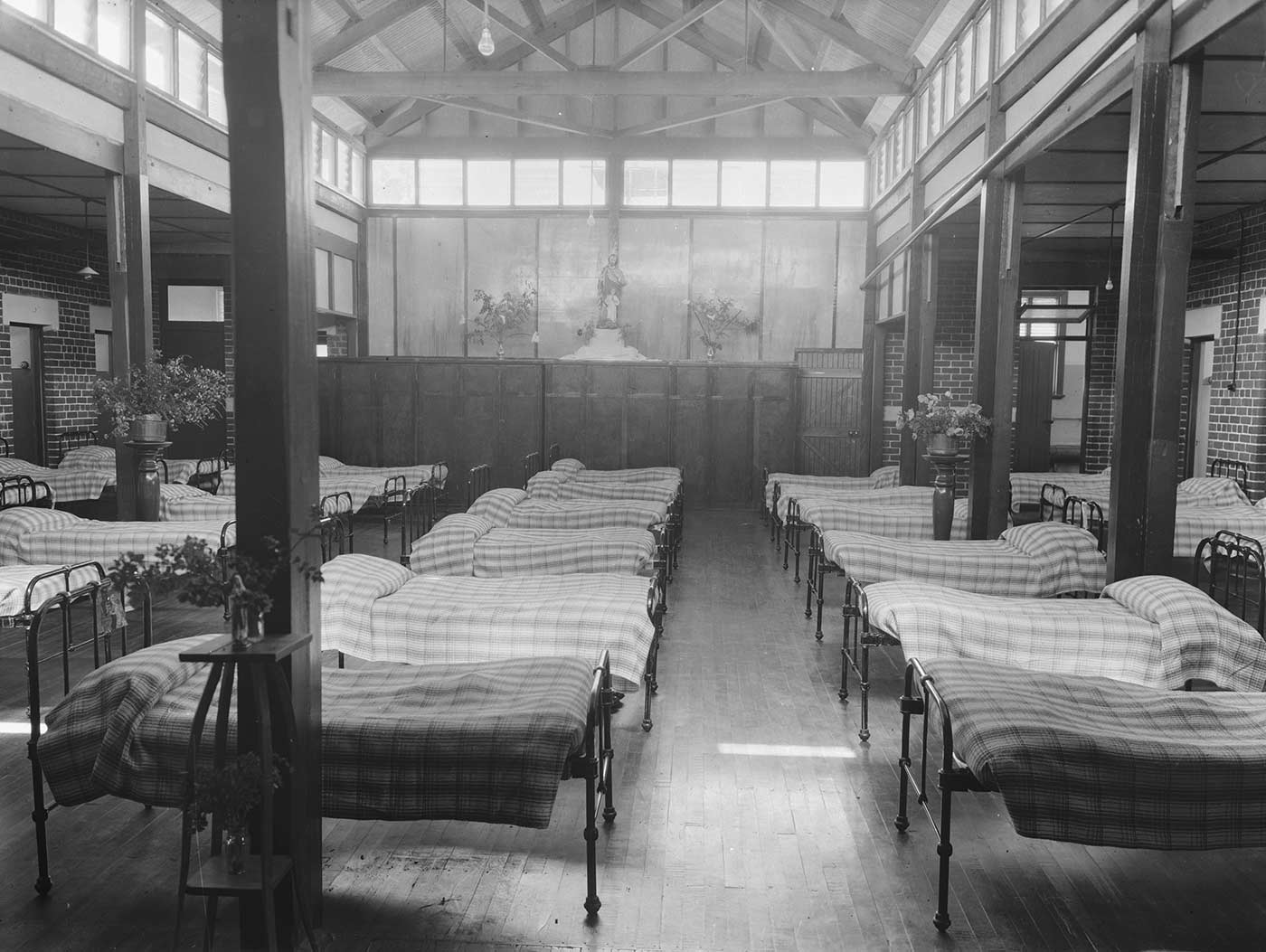 The buildings that once were children’s homes have now been repurposed, left derelict or been demolished. Although tens of thousands of Australian childhood spent their children in such places, this history remains most often unmarked and the material culture that belongs to this history continues to be lost.

The difficulties of a past spent in institutions are compounded by poor record-keeping. Unlike for the rest of the community, there are most likely to be few or no photographs of former residents as children; few or no records of birthdays, Christmases, school concerts, holidays.

There may be no known relatives or contact with a former staff member who can remember them as children to compensate for this lack of information.

Many find the records kept heartbreakingly sparse. Others discover the records have been mislaid or even destroyed and the opportunity to find crucial personal information about themselves or their families lost forever.

An important part of the Australian story

The personal accounts and possessions of those who lived in children’s homes and institutions are an important part of Australia’s story, published here for all to share.

The Inside exhibition, the Inside blog and the oral histories recorded by the National Library of Australia help to ensure that the experiences of children who lived in Homes and other institutions are recorded and not forgotten.

Explore more on Inside

Forgotten Australians report on children in institutional or out-of-home care, 2004