We have never left.

Edna Arnold’s family has always lived in Gulidjan country in south-west Victoria. In 2015 she visited Elliminook homestead, where her ancestors had worked for the Bromfield family in the 1860s.

Oh, my ancestors would have swept that flagstone.

When settlers arrived in the 1830s, Gulidjan people fought hard for their country. But by the 1860s they and neighbouring Wadawurrung and Gadubanud peoples had learnt new ways of surviving in the colonial world. Women often worked in settler households and men performed stock work. Eliza Bromfield, who displayed an active interest in the 1860s, probably at Elliminook homestead.

The spear-thrower is decorated with the image of a person wearing a possum-skin cloak. Such cloaks were used by Aboriginal people throughout south-eastern Australia. Designs on the insides of cloaks relate to clan affiliations of the wearer. Recently there has been a revival in making and using possum-skin cloaks.

Augustus Wollaston Franks, Keeper of British and Medieval Antiquities and Ethnography at the British Museum, presented this spear-thrower to the museum in October 1873.

Eliza Bromfield had collected it in the 1860s, possibly from a Gulidjan person working at her family’s Elliminook homestead at Birregurra. Franks bought it from William Cutter, a prominent antiquities dealer located near the British Museum. 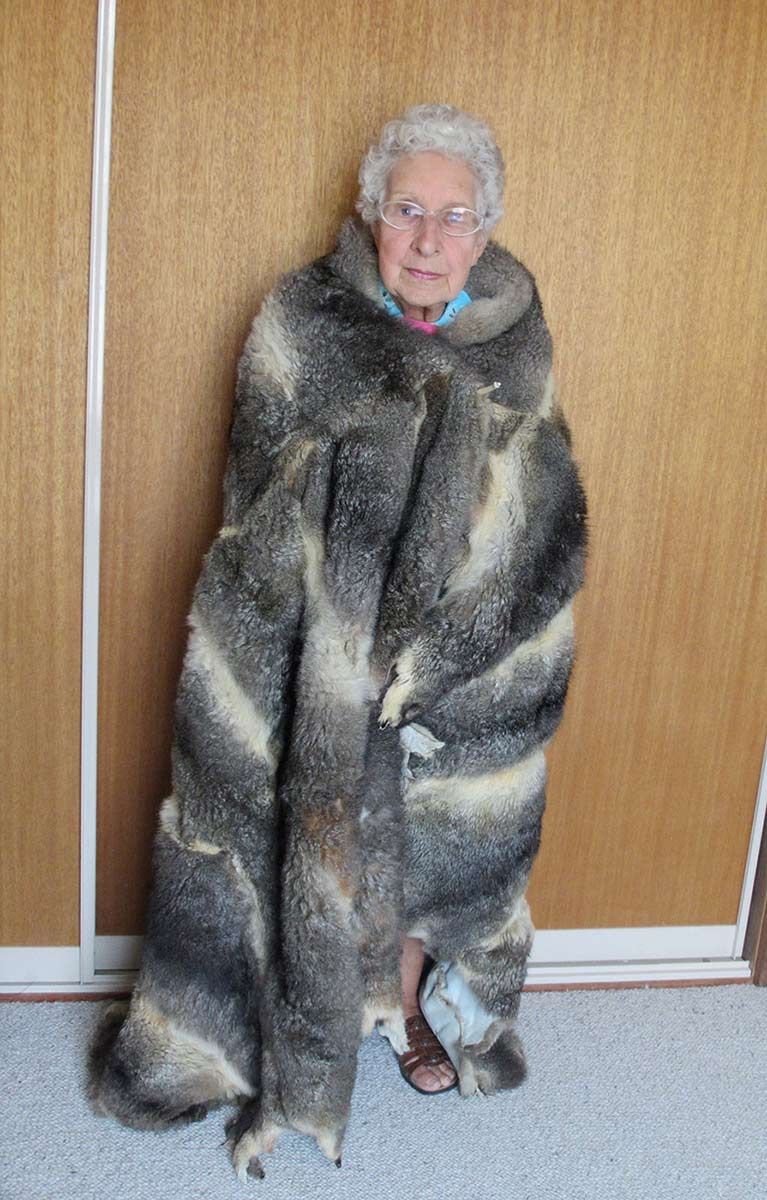 The streams leading up to the centre [of this shield] represent the northern and southern flowing waters weaving in and out of the mountains of the Great Dividing Range ...

The diamonds in the middle represent home and a place of ceremony, where our tribes can now come together harmoniously after over 160 years of dispossession and devastation ... to share culture, stories, song and dance, free from the modern laws thrust upon us ...

This shield is for the protection of our children, to protect us from history repeating itself.