Stories of opportunity and connection

I was lucky enough to be selected for a professional development opportunity at the British Museum (BM) and was flown to London to work there for three weeks in March 2015 while the Enduring Civilisation exhibition was on show. The exhibition was a joint venture between the National Museum of Australia, the British Museum and the Australian National University. I was fortunate enough to work with objects that directly influenced or are on display in Encounters. 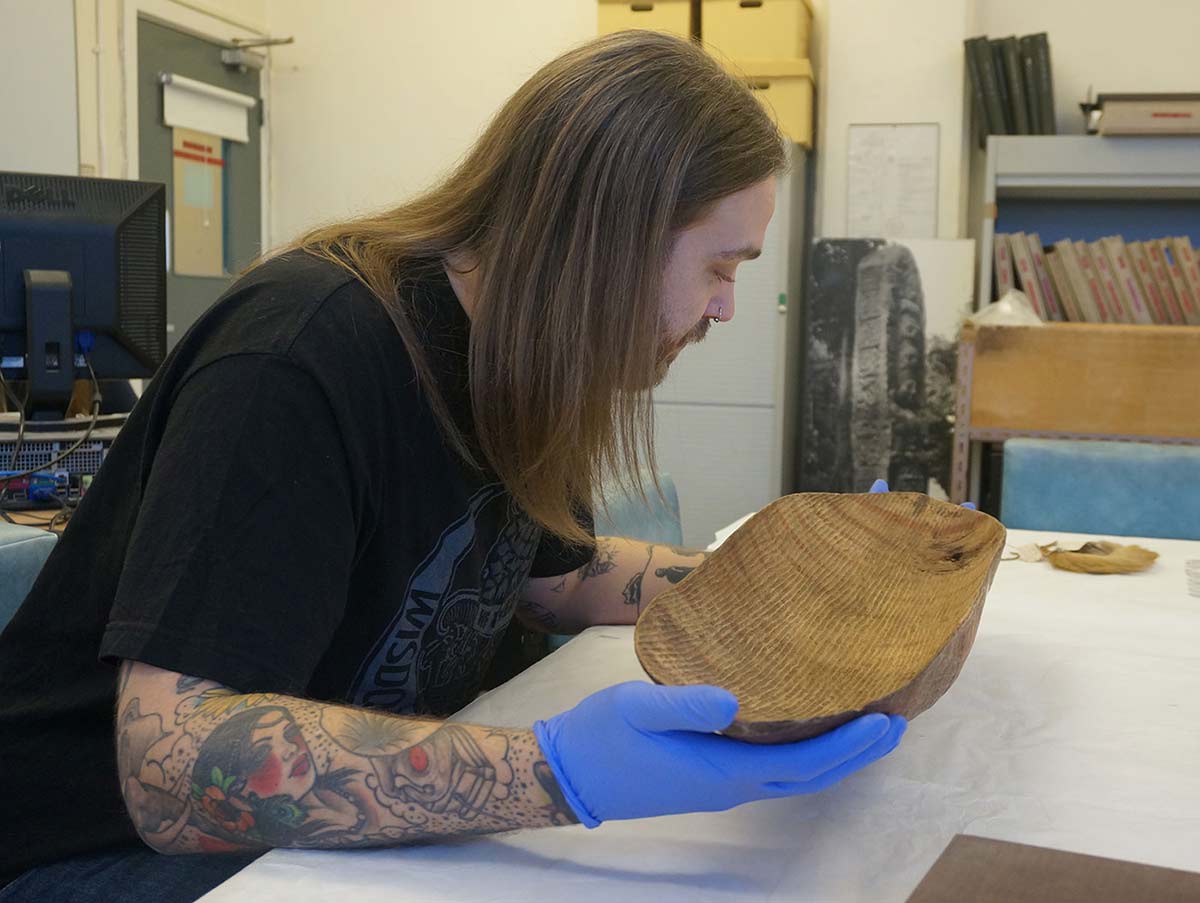 I had the honour and privilege to work in many different areas of the BM, including visitor services, learning services, the anthropology library, and adult programming. It really was remarkable, despite the vast differences in location as well as the themes of the BM’s collections, just how similar museums can be. The problems faced by museums and collecting institutes seem universal and even the people working at them almost have doppelgangers, or at least foreign versions of themselves working at other museums.

I was working with the lovely and brilliant curatorial staff of Oceania and the Americas and I was very fortunate to take a trip to the BM’s storage facility and see and hold some objects the National Museum of Australia is borrowing for Encounters.

More exciting even than that was the opportunity to connect with my past and my heritage. The BM has a vast collection of Indigenous material, even if it is not permanently displayed, and I was able to find stone tools and ochre that my ancestors had used on the beaches of the place I was born.

In the anthropology research library, I was able to find images of Awabakal men with ritual scarring I had never seen, and a photograph of a man labelled, ‘Weymera, “king” of the Hunter River’, who at one point was recognised by the European settlers as the leader of my country’s people. I only realised my heritage at the age of 14, so I found touching objects used by people I may be descended from (or who may have known the people I was descended from) and seeing images of them to be a very moving experience.

I had a very touching and educational visit. I learnt so much not just about the BM’s collections and storied history, but about museums in general, about collecting, about sense of self. The time I was there was during the annual Origins festival, and I helped to organise the BM’s night-time event featuring Alick Tipoti’s Zugubal Dancers and it was wonderful to see Indigenous Australian culture so eagerly awaited and enjoyed and accepted.

This makes me very hopeful for the continuation of the partnership between the two museums.