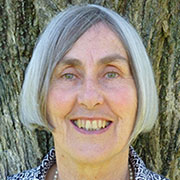 The focus of the Encounters exhibition was the British Museum objects and the Indigenous communities' continuing relationships with those objects. Few communities knew they existed, so when community members saw the artefacts for the first time they experienced a mix of emotions.

These included the joy of seeing the object, as well as grief because it resides so far away. They also found it unsettling being taken back to the time when it was collected in the 19th century – a difficult and often painful time in Aboriginal and Torres Strait Islander history.

The continuing living culture of each community is represented not only through their words but through contemporary objects included in the exhibition. The historical objects are then seen as part of a continuous cultural narrative.

One of my favourite objects is an emu feather skirt from 1842, with a moving quote imagining what the people were singing when they were making it, what stories they were sharing, and the loss of not knowing.

View more
Have you articulated?
Sharing stories
A Big Idea
Encounters and Unsettled open
Canberra to London: a personal experience