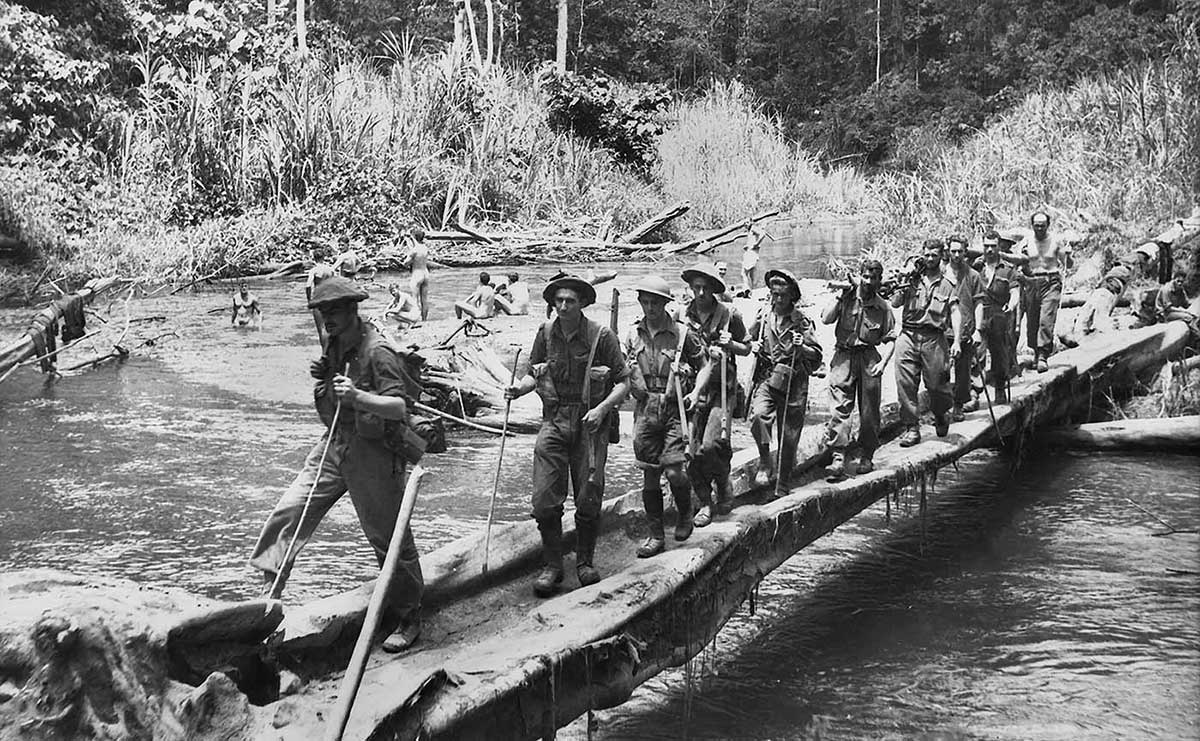 The Second World War was the first time Australians were conscripted to fight overseas.

In November 1939 Prime Minister Robert Menzies announced that the existing reserve force, the Citizen Military Forces (CMF) or militia, would be bolstered by conscription.

However, the CMF would not be required to fight beyond Australia and its territories, which did include Papua and New Guinea.

In order to wage war effectually, there has to be … a determination on the part of the people to pledge themselves to the cause because the cause, when won, will have been worth the winning.

Conscription before the Second World War

One of the first pieces of legislation passed by the new Commonwealth government after Federation was the Defence Act 1903, which provided for the raising of an Australian army.

The Act established the government’s right to conscript men for the purpose of self-defence in the event of war. However, it did not allow that soldiers be conscripted for overseas service.

The government acted on this advice and from 1911 introduced the Universal Training Scheme. Australia was the only English-speaking country which had such a system.

The scheme established compulsory naval or military training for all Australian males between the ages of 12 and 26 who were British subjects. Those aged between 14 and 17 joined cadet ranks, and men over 18 joined the Citizen Forces, known as the Citizen Military Forces (CMF) from 1916, which comprised part-time volunteers. The CMF was similar to our present-day Army Reserve.

With the outbreak of the First World War, compulsory military service was still limited to service inside Australia and its territories.

When the number of volunteers for the Australian Imperial Force (AIF), which was serving overseas, began to wane, the Hughes Labor government held two referendums to introduce conscription for overseas service.

The ‘no’ vote prevailed on both occasions.

Outbreak of the Second World War

As a result of Britain’s declaration of war on Germany, on 3 September 1939 Prime Minister Robert Menzies announced on national radio that Australia was also at war.

However, at that time Australia’s military forces were seriously depleted. The Universal Training Scheme had been suspended 10 years earlier and Australia’s regular army comprised only 3,000 men.

On 20 October 1939 Menzies announced the reintroduction of compulsory military training, known as the Universal Service Scheme, with effect from 1 January 1940. The arrangements required unmarried men turning 21 to undertake three months’ training with the CMF.

Once again, there was to be no conscription for service beyond Australia and its territories. Crucially, that included Australian territories in Papua and New Guinea.

Opposition Leader John Curtin, who had also opposed conscription during the First World War, voiced his party’s opposition to the move. He was also opposed to overseas service, even for volunteers.

At the same time, the government raised a new volunteer army for service overseas. This was the Second AIF.

It was the result of a concerted recruitment campaign, though with unemployment being so high the government had little trouble filling the ranks.

In effect this created two armies. The Second AIF considered itself to be elite, describing the CMF troops as either ‘chocolate soldiers’ (who would melt in the heat of battle) or ‘koalas’ (protected animals that could be neither shot at nor exported).

Australia deployed most of the Second AIF to assist British forces in North Africa, Greece and the Syria–Lebanon campaign.

While most Australians were saddened by the outbreak of the war, there was no widespread opposition to the troops’ deployment. The first unit to be deployed was the 6th Division. About 15,000 men sailed in March 1940.

In February 1941, with the threat of an impending war with Japan, Australia despatched the AIF’s 8th Division, four RAAF squadrons and eight warships to Singapore and Malaya. Most of the men in the 8th Division would be taken into captivity when Singapore fell on 15 February 1942.

In July 1942 the seven-month Kokoda Trail campaign began. Soldiers of both the CMF and the Second AIF fought alongside each other with great distinction. During the campaign, more than 600 Australians were killed and some 1680 were wounded.

When Menzies lost office in October 1941, he was replaced by John Curtin.

Many members of the Australian Labor Party were strongly opposed to conscription for overseas service. However by late 1942 Curtin realised that with voluntary recruitment waning it was necessary to expand the limits of where the CMF could serve.

By November 1942 Japan was being driven back by the AIF and CMF in New Guinea, and by the Americans elsewhere in the Pacific theatre.

However, the United States was aware that the CMF, which formed the bulk of Australian troops, were not legally able to fight beyond that point.

Curtin also saw that sending more troops overseas would strengthen Australia’s hand in its diplomatic dealings with Britain and the United States after the war.

Despite his earlier opposition to conscription for overseas service, at a special Labor Party federal conference in November 1942 Curtin argued that it was necessary to extend compulsory service in the theatre known as the South-West Pacific Zone.

This region took in not only Australia, Papua and New Guinea, but also east Java, southern Borneo, Dutch New Guinea and various other islands up to the Equator.

While there was much debate about the conscription policy within his own party and in parliament, there was little public opposition.

Having deftly handled opposition within his own party, Curtin was able to get the Defence (Citizen Military Forces) Act 1943 passed on 19 February 1943.

US General Douglas MacArthur, who commanded the Pacific theatre, was keen to ensure that the invasion of Japan was conducted chiefly by US forces, as he wanted America to have the most influence over postwar Japan.

However, he did accept the assistance of the British Pacific Fleet. Although it was small compared to the US Pacific Fleet, it included 21 Australian destroyers and corvettes.

The Liberal government brought back compulsory military training in 1951. It was abolished eight years later.

A national service scheme was reintroduced in 1964, and in May 1965 the Liberal government introduced new powers that enabled it to send national servicemen overseas, specifically to fight in Indonesia and Vietnam.

The National Service Scheme, as it was known, was suspended by the Whitlam Labor government on 5 December 1972. It was formally terminated in June 1973, but not repealed until the passing of amendments to the Defence Legislation Amendment Act 1992. The scheme has not been reintroduced.

Conference held on 3 September 1945 - between Captain F.A. Jacobsen and Rear Admiral Nomeja, Imperial Japanese NavyAn unmounted black and white photograph. The photograph depicts three Japanese men, plus one obscured, holding swords and seated on a bench, with other figures in the background. The scene is unposed. There is a white border surrounding the image. Handwritten in blue-black ink on the reverse is the text, 'Balik Papen / Here they...