Formation of the AAPA 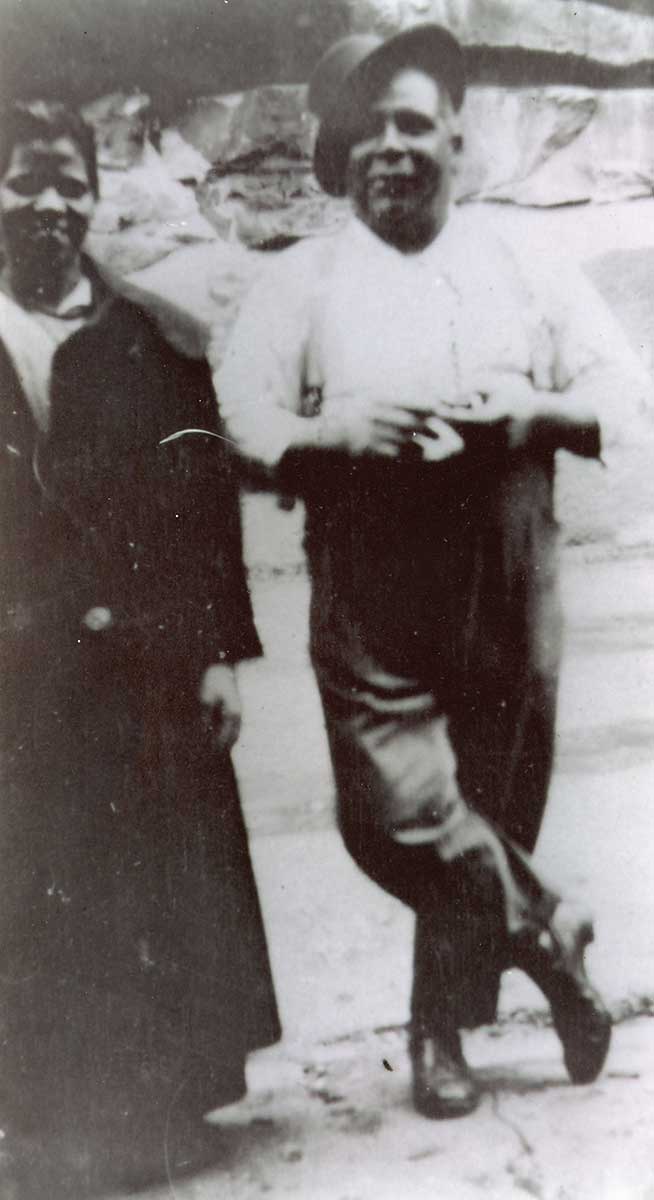 At its height, the AAPA had 13 branches, four sub branches and more than 600 members in New South Wales (NSW).

The AAPA campaigned for Indigenous rights to land ownership, citizenship, control over their own affairs, and an end to the practice of removing Aboriginal children from their families. It clashed extensively with the NSW Aborigines Protection Board.

Brothers and sisters we have much business to transact so let’s get right down to it … we aim at the spiritual, political, industrial and social. We want to work out our own destiny. Our people have not had the courage to stand together in the past, but now we are united, and are determined to work for the preservation for all of those interests, which are near and dear to us.

From 1788 Europeans subjected Indigenous Australians to introduced diseases, displacement, dispossession and widespread violence that significantly reduced their numbers and undermined their culture across the continent.

An amendment to this Act in 1915 allowed the Board to remove anyone under the age of 21 at any time and for any reason.

This was usually applied to Aboriginal children of mixed parentage, and increased the number of children taken from their families, creating what are now known as the Stolen Generations.

Children in state or religious care were often mistreated and abused, and those forced into indentured servitude were generally treated badly. They were usually unpaid and had little meaningful independence.

Stolen Generations children usually lost their language and cultural identity, and many never saw their siblings or parents again.

Between 1913 and 1927 the land in NSW allocated for Aboriginal reserves had also been halved from 26,000 acres to 13,000 acres. This meant that Indigenous families were forced to relocate from traditional homelands that they had often lived on for generations.

By the early 20th century, a number of Aboriginal people and groups were looking for ways to speak out about the injustices their families and communities were experiencing. There were a number of influences on the development of early Aboriginal activism.

A particularly strong inspiration was the controversial Jamaican, Marcus Garvey, who in 1912 founded the Universal Negro Improvement Association (UNIA).

UNIA aimed to raise the profile of African people around the world, make African communities financially and socially independent and remove them from the control of mostly white governments that restricted their human rights. Garvey even went so far as to campaign for all African people in other countries to be repatriated to Africa where they could live free from prejudice.

In 1916 Garvey moved to the United States to raise funds for a school for African children in Jamaica. While in America, he established a chapter of the UNIA in Harlem, as well as a newspaper called Negro World, and a number of exclusively African-owned, -managed and -operated businesses and associations.

UNIA, with millions of members worldwide, held conventions and street marches, produced widely publicised articles about African rights and worked to bind the African community together in solidarity.

A chapter of the organisation operated in Sydney and during the early 1920s members of the group often wrote to the Garvey family. The circumstances of Aboriginal Australians were repeatedly reported on in Negro World, with article headlines including ‘Race Horrors in Australia Unspeakably Vile’ and ‘Killing off the Black Australians’.

The Coloured Progressive Association (CPA), a group formed in 1903 by African, Caribbean and Indian seamen, also influenced Indigenous activists in Australia. Protesting Australia’s racist immigration policies, the CPA seamen were in contact with large numbers of Indigenous men who worked on the waterfront, often involving them in their activities.

The seamen were able to bring news of rights struggles from abroad, creating networks, spreading information and directing messages of support across the world. Fred Maynard, one of the founding members and president of the AAPA, was associated with this group.

Another supporter of the organisation was Elizabeth McKenzie-Hatton, a European woman who assisted the AAPA by travelling around NSW, spreading information about the Association among Indigenous communities.

She also funded an AAPA-managed home for young Aboriginal girls who had run away from their abusive employers.

The group was vehemently opposed to the involvement of the NSW Aborigines Protection Board in the lives of Aboriginal people, and called for its abolition. They demanded that Indigenous affairs be managed by Indigenous people.

The AAPA also focussed on:

In the first six months of its existence, the AAPA attracted about 500 members. Eventually there would be 13 branches and four sub branches across the state with more than 600 members, representing a high proportion of the Aboriginal population of NSW who were actually at liberty to join.

The AAPA used methods inspired by activist groups like the UNIA. They held street rallies and protests, petitioned political leaders such as NSW Premier Jack Lang, held conferences, and wrote letters to newspapers across the state.

Fred Maynard found a particular ally in JJ Maloney, editor of The Voice of the North newspaper in Newcastle. Maloney often published Fred’s letters and opinion pieces about Aboriginal self-governance and self-sufficiency, the mistreatment of Aboriginal children and families, and the general failings of the Protection Board.

Because of Fred’s very public opposition, the Board banned him from entering NSW missions and reserves to speak with the Aboriginal people living there.

In April 1925 the AAPA held its first conference at St David’s Church and Hall in the inner-city Sydney suburb of Surry Hills. More than 200 people attended, and Fred Maynard and other members of the Association and the community made impassioned speeches calling for Aboriginal self-determination and equality.

The conference made front-page news in many NSW newspapers and brought the Association to the attention of the public and the authorities.

The AAPA organised three more conferences in the ensuing years: at Kempsey in late 1925, Grafton in 1926 and Lismore in 1927. About 700 people attended the three-day Kempsey conference, which featured exclusively Aboriginal presenters and organisations.

End of the AAPA

The very public nature of the AAPA’s opposition to the Protection Board resulted in increased political and police scrutiny of the Association and its members.

The Inspector General of the NSW police, who was the Chair of the Protection Board, increased police intimidation of AAPA members. This included threats to jail AAPA members or remove their children.

The Protection Board also sought to discredit members of the AAPA, especially Fred Maynard, by running smear campaigns in newspapers and providing biased information about them to people in positions of power like NSW Premier Jack Lang.

Under strong pressure from government and law enforcement agencies, the organisation ceased widespread public activity at the end of 1927.

While some members continued to work with the AAPA at a more private level until the 1930s, the organisation quickly faded from public memory.

Only relatively recently, through the work of Fred Maynard’s grandson John Maynard, has the AAPA been properly acknowledged for its role in Australia’s Indigenous rights struggle.

Aboriginal Land RightsA circular corroded metal badge which has a drawing of the Aboriginal Flag in the centre. The text 'ABORIGINAL' is printed above the flag and 'LAND RIGHTS' is printed beneath the flag.

Indigenous activists of the 1920s and 1930s panel discussion transcript

Newspaper stories about the AAPA, Trove

John Maynard, ‘‘In the interests of our people’: The influence of Garveyism on the rise of Australian Aboriginal political activism’, in Aboriginal History, vol. 29, 2005.