William Pitt Faithfull's future wife Mary Deane and her family arrived in Sydney from Devonshire in 1838. Mary and her sister Ann established the Misses Deane's school in Macquarie Place soon after their arrival in New South Wales. William's nieces attended the school and it was through them that he met Mary. 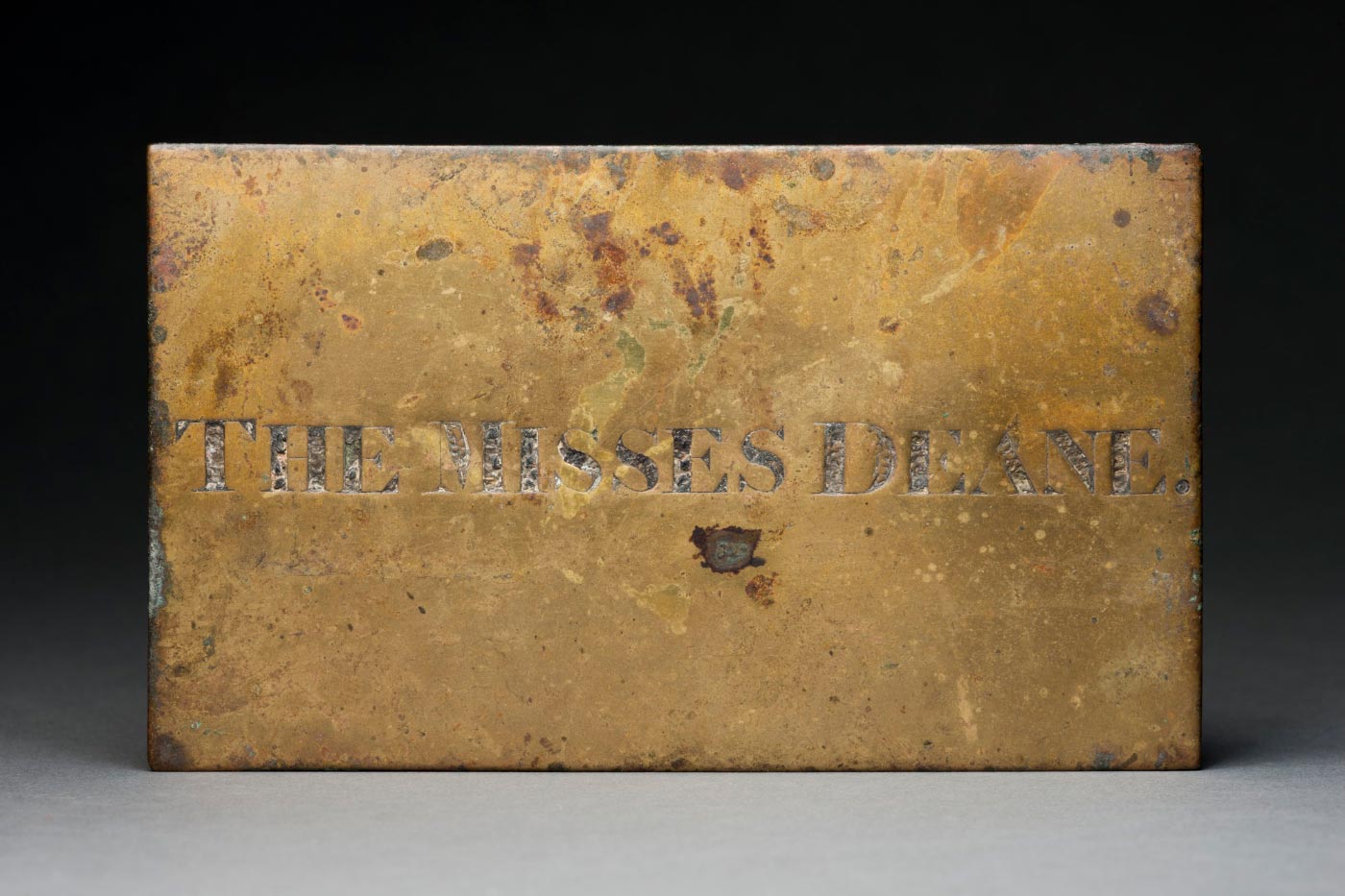 The Misses Deane school was a private institution where, according to a contemporary advertisement, young ladies were received as 'Parlour Boarders', to be educated in the usual departments of 'Polite Learning'.

Girls were taught English, French, history, geography, and plain and ornamental needlework, for seventy guineas per annum. Music, drawing, dancing, Italian, writing, arithmetic and 'use of the globes' were also offered.

Macquarie Place was one of Sydney's smartest addresses until the 1840s, and a school for young ladies in this area would have been highly regarded.

An advertisement published in September 1838 by Sydney printer James Tegg presented the Misses Deane’s school as a 'rare occurrence in scholastic education' where 'the discipline of a School will be combined with the comforts and indulgence of a home'.

Transcription of an advertisement for the Misses Deane school, 1838

Purpose to receive twelve young Ladies as Parlour Boarders, to be educated in the usual departments of Polite Learning.

Terms: FOR BOARD AND INSTRUCTION in the ENGLISH AND FRENCH LANGUAGES, HISTORY, GEOGRAPHY, HISTORY, PLAIN AND ORNAMENTAL NEEDLEWORK, &c. &c.

A few Day Boarders will also be received, at Thirty-Five Guineas per Annum.

It is expected that each young Lady will be provided with Sheets and Towels, Tea and Dessert Spoons, and a Silver Fork, which will be returned at her departure.

A Quarter's Notice will be required previous to the removal of a Pupil, or the stated charge for that period will be expected.

The modes of education adopted in the present enlightened age, are superior to those all preceding times: and the Misses DEANE trust, they may with truth say, that every important improvement has been diligently studied by them, as far as the experience of several years and the most careful observation have permitted them.

Education is no longer a merely mechanical method of scholastic drilling, in which a few rules, and a small portion of common learning are, by the severity of the Instructor, and the painful labour of the Pupil, forced into an unwilling memory; but, while every attention is paid to the health, the mind, by a judicious system, is aided in acquiring a store of knowledge, calculated to strengthen and expand the intellect; and every facility is afforded for the acquisition of those elegant accomplishments, that soften the manners of the possessor, and impart delight to all within the sphere of their influence. To these, must of course be added, the yet more important duties of religious and moral instruction; as an essential part of which, the Misses DEANE will constantly endeavour to promote that disposition to benevolence, forbearance and propriety, so conducive to future welfare. In short, the discipline of a School will be combined with the comforts and indulgence of a home.

The instruction of the Masters will be aided by the daily superintendence of the Misses DEANE — so that attention will not be suffered to relax during the absence of the Instructor.

This unremitting attention to the improvement of the Pupils, will be estimated by every Parent as an advantage of rare occurrence in scholastic education, and can scarcely by hoped for, excepting where, as in the present instance, all the energy and watchfulness of those engaged in the duties of Tuition,can be devoted to a selected few.

Zoom into see the advertisement for the Misses Deane school, 1838. National Library of Australia

Lady Jane Franklin, wife of Sir John Franklin, the Lieutenant-Governor of Tasmania, refers to the Misses Deane's school in her diary of 1839, noting that the daughters of her acquaintance Lieutenant William Cox were pupils there.

William Pitt Faithfull's nieces, Alice and Susannah Gibson also attended the school and it was through them that Mary and William met.

According to one family story William arrived at the school to collect his nieces for the weekend — and was unloading a crate of apples from his cart when Mary arrived and reprimanded him for risking a back injury by picking up the crate incorrectly. Apparently, her obvious wisdom and concern for his well-being won his heart! They married in 1844.

Ann Deane did not marry and moved to Springfield with her nephew Edgar when Mary married. There, she was known as Aunt Deane.

The Misses DeaneA rectangular brass name plate for a door. There are two screws welded to the back with a bar linking the two, with two diamond-shaped washers on each screw. The etched lettering on the front of the name plate is painted in black and inscribed 'THE MISSES DEANE'.