This red woollen coat from about 1900 is likely to have been worn by William Hugh Anderson. He married Lilian Faithfull and lived in the Camden district of New South Wales, until his death at the age of 43 years.

William participated in numerous equestrian sports, including meets of the Sydney Hunt Club. Bright red coats known as 'hunting pinks' were traditionally worn by English gentlemen hunting on horseback, and used locally after the sport arrived in Australia in the early 1800s.

As the Faithfull family’s prosperity grew, horses helped to meet practical needs on the property, offered opportunities for recreation and for displaying the family’s growing social standing.

William Pitt Faithfull and his children were all accomplished riders, and the Faithfull and Deane families imported and bred fast and agile horses for a variety of sports. They also created a racecourse and polo field on the property.

The Faithfull family hunted kangaroos, wild dogs and rabbits on Springfield, a practice mainly aimed at controlling animals that were viewed as pests on the property.

In 1836 the Sydney Monitor recorded a visit of the Argyle Hounds to Springfield for the first of a series of energetic hunt meets. Newspaper reports from the late 19th century suggest that the hounds from the Sydney Hunt Club visited the Goulburn district numerous times.

As most of the men in the Faithfull family were quite tall, the smaller size of this hunting coat in the Springfield–Faithfull family collection suggests that it belonged to William Hugh Anderson.

William was born in 1869 and was the second son of Alexander Anderson, a one-time manager of the Bank of New South Wales in Goulburn.

It is believed he was employed as a manager at Springfield station when he married Lilian, William Pitt Faithfull's youngest daughter, in 1898.

Lilian and William's wedding was a well-attended and fashionable event, as reported in the Goulburn Herald:

The bride being a member of one of the oldest and leading families of the district, general interest was taken in the ceremony and besides a large number of invited friends there was a large gathering of townsfolk. 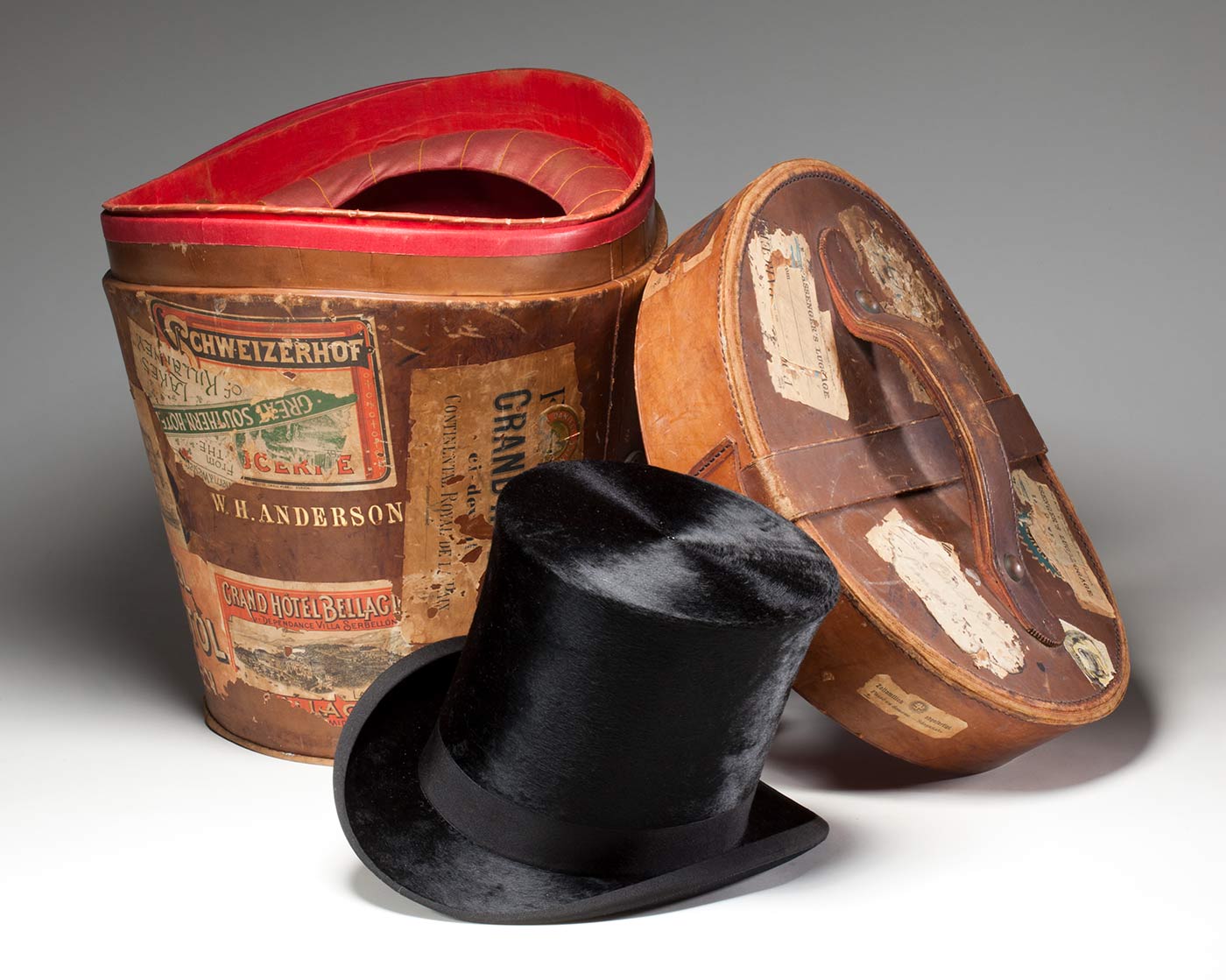 After their wedding, William and Lilian moved to a new home near Camden in New South Wales. The three-storey brick house, built in about 1888, was designed by John Horbury Hunt for James White who named the property ‘Kirkham’.

The Andersons renamed the house ‘Camelot’, supposedly because on seeing the property Lilian was reminded of the opening verse of Tennyson’s The Lady of Shalott:

On either side the river lie
Long fields of barley and of rye,
That clothe the world and meet the sky;
And thro' the field the road runs by
To many tower'd Camelot. 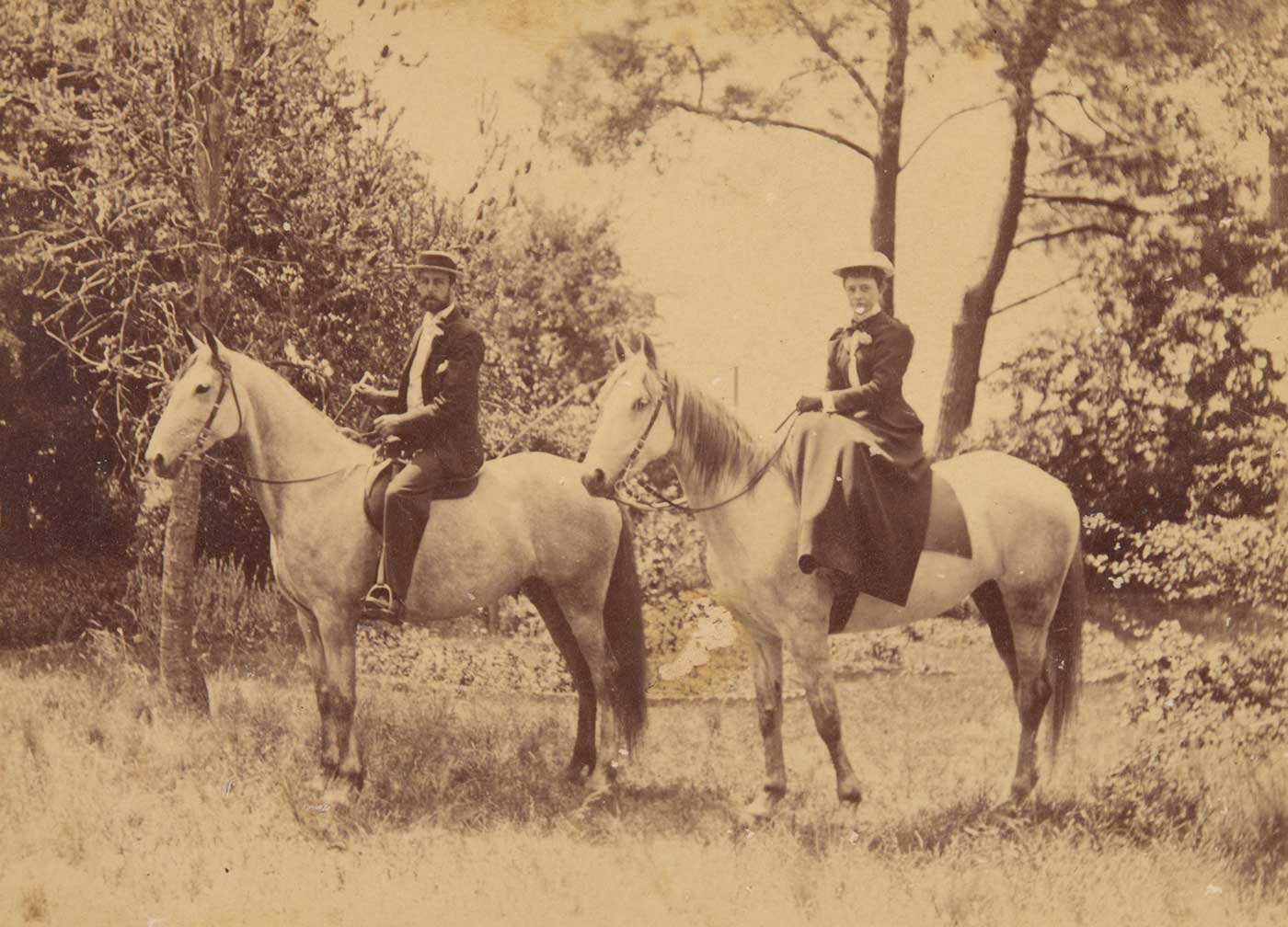 William and Lilian Anderson riding at Camelot, about 1900

William Anderson participated in numerous equestrian sports, including meets of the Sydney Hunt Club. A classified advertisement in the Camden News of 1 September 1904 reads:

In the same month, William attracted attention when he drove his prize-winning grey ponies, Pepper and Grizette, 40 miles (64 kilometres) from Sydney Town Hall to Camden Post Office in less than three hours.

William's marriage to Lilian and his ownership of Camelot increased his social standing. The couple was involved in social and sporting organisations and events in the Camden district. This participation was later continued by their daughter Clarice, who was born in 1901.

William was elected an alderman of the Camden Council in June 1903. He resigned from the council in October 1903 due to ill health. It seems William became increasingly withdrawn and depressed. He suffered serious injuries from a riding accident in 1905.

The Andersons of Camelot in the Camden News on Trove 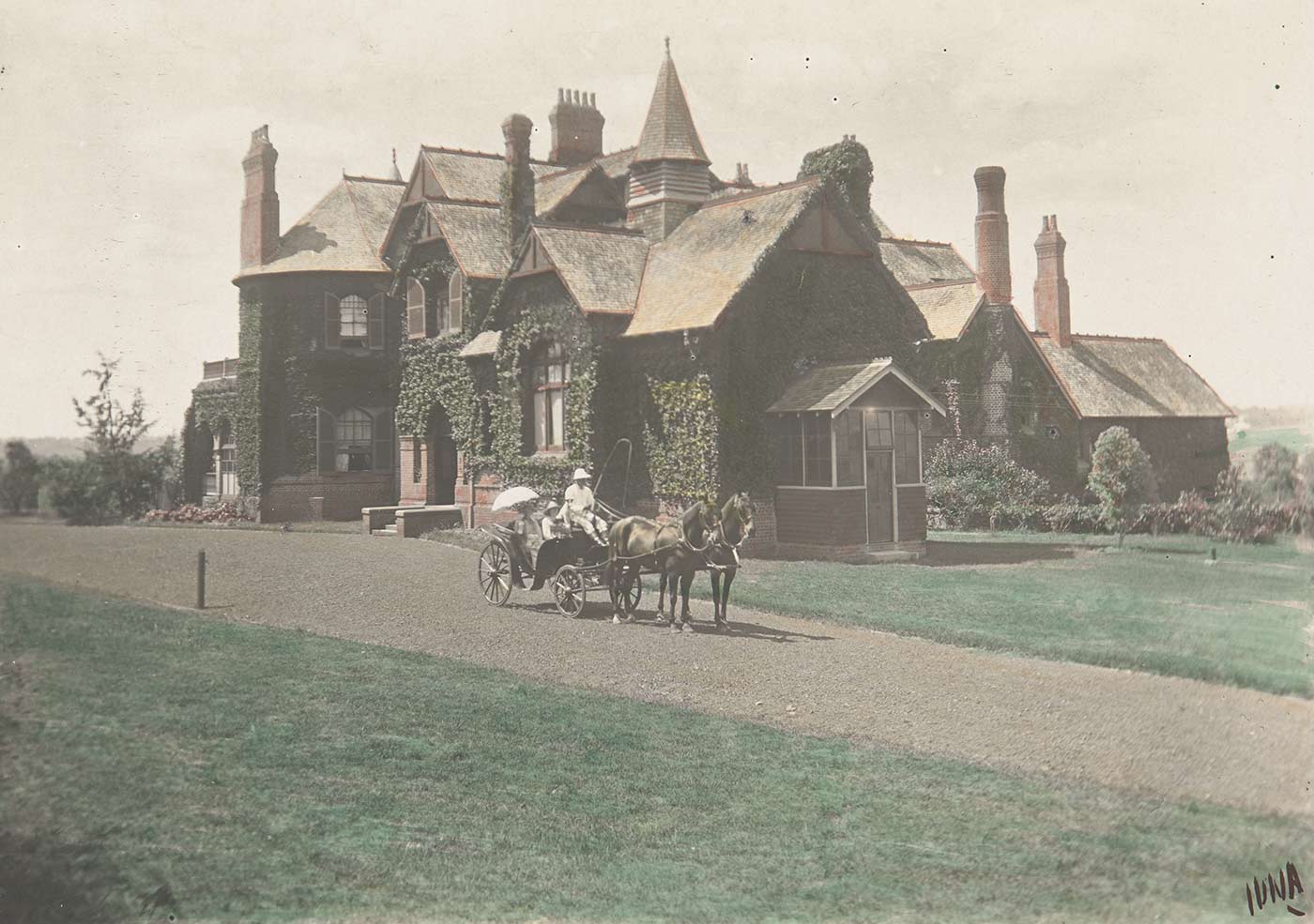 Lilian and Clarice Faithfull-Anderson in a horsedrawn carriage in front of Camelot, about 1918

On 16 May 1912, William Hugh Anderson’s remains were recovered from the debris of a fire in the hayshed at Camelot.

At an inquest into his death, Dr Allen, who had been attending William for two years, revealed his patient had been drinking heavily and suffering from ‘melancholia and neurasthenia’. The coroner’s verdict was that William's death had been ‘caused through his own act’.

Lilian continued to live at Camelot and in the 1930s, changed her surname to Anderson-Faithfull. She maintained active community interests, including life membership of the Australian Polo Club, until her death in 1948.

The English gentleman's sport of hunting deer and foxes on horseback came to Australia in the early 1800s. Hunting hounds were imported to Australia during the term of Governor Lachlan Macquarie, and game animals including deer and foxes introduced from the 1830s and 1850s. Hunt clubs were established in New South Wales and Victoria, with the Sydney Hunt Club holding meets from the 1830s.

Participation in organised hunts, and membership to hunt clubs was by invitation and as such carried with it a mark of social status. Although some elements of the hunt changed in response to Australian landscapes and conditions, most of the sport’s field etiquette and dress traditions were retained, and continue in many hunt clubs today.

Specially tailored hunting coats are worn by both men and women members of hunt clubs, with visible distinctions between coats worn by adult members, staff, masters and juniors. Each club has its rules and regulations, but generally junior and beginner members wear coats in shades of brown or green, and gentlemen members without colours, or visiting members, wear black coats.

Members are awarded their hunt button or colours by the master of the hunt. Regular members wear red or scarlet coats with three buttons at the front. Masters of the hunt wear four buttons and huntsmen (masters who hunt hounds) and hunt staff (assistants or whippers-in) wear five buttons. Women members usually continue to wear a black or navy coat with their hunt buttons and a distinguishing coloured collar.

Gentlemen members generally wore a black top hat, white or beige breeches and black leather boots. As with the coats, ribbons worn on the back of a rider’s cap or hat indicates their status in the hunt — with ribbons down for professional staff, and ribbons up for amateurs.

The colour and tailoring of hunting pinks bears many similarities to English military uniform tunics. They were probably initially made from the same type of woollen fabric.

William Hugh Anderson's jacket has three brass buttons at the front. It has more pockets than typical hunting pinks, which are often limited to one pocket for a whistle.

Red wool cut-away riding jacket with tails (hunting pinks)A red wool cut away jacket with tails otherwise known as hunting pinks. It has 3 brass shank buttons at front opening and 3 buttons on each cuff. It is fully lined in red cotton. The sleeves are lined in white cotton with blue stripe. The jacket has machine quilted underarm lining and a back vent with 2 brass buttons at top. I...