Aldinga is on South Australia’s Fleurieu Peninsula, about 45 kilometres south of Adelaide. It is part of the traditional lands of the Kaurna people. Since Europeans settled the area in the 1840s, the fertile soils of the Aldinga Plains have supported grain and vegetable crops, vineyards, fruit orchards and dairies.

Aldinga is in the Willunga Basin, a region of fertile plains stretching from the long sandy beaches of Gulf St Vincent to the foothills of the Mount Lofty Ranges.

When surveyor Colonel William Light passed through the basin on his way from Adelaide to Encounter Bay in 1837 he considered the rich soils of the district well suited to agriculture.

The area was surveyed for settlement in 1839 as the Hundred of Willunga, with farming lots available for purchase and lease. Aldinga, Willunga and McLaren Vale were established as commercial and social centres.

In 1851 the Aldinga Farmers’ Association was formed to support farming interests across the district, to arrange markets and promote ploughing matches, agricultural shows or exhibitions.

The first Aldinga ploughing match was held in 1851 on the farm of John Norman, recognising his role in the abolition of the government’s proposed dray tax. The ploughing match became an annual contest.

Ploughing competitions showcased the achievements of local blacksmiths, horse and oxen breeders and owners, and the ploughmen. Competitors ploughed an area within a set time and were judged on the straightness, depth and evenness of their furrows.

In 1853 John Bennett was awarded this silver medal for first place, or ‘best plough man’. John and his brother, James, were regular competitors, and John was also a judge of the competition in 1858.

Each year, at the end of the ploughing competition, members of the Aldinga Farmers’ Association and local residents gathered at the Aldinga Hotel to share a feast of local produce.

The evening included the presentation of prizes, speeches and toasts, followed by singing and dancing that the Adelaide Observer reported often lasted until ‘the wee hours on the following morning’.

The annual ploughing match grew to include games and interests for spectators not involved in ploughing. In 1855 the Willunga, Aldinga and McLaren Vale Agricultural Society was formed and the first district agricultural show was held in 1865, when it became known as the Willunga Show. 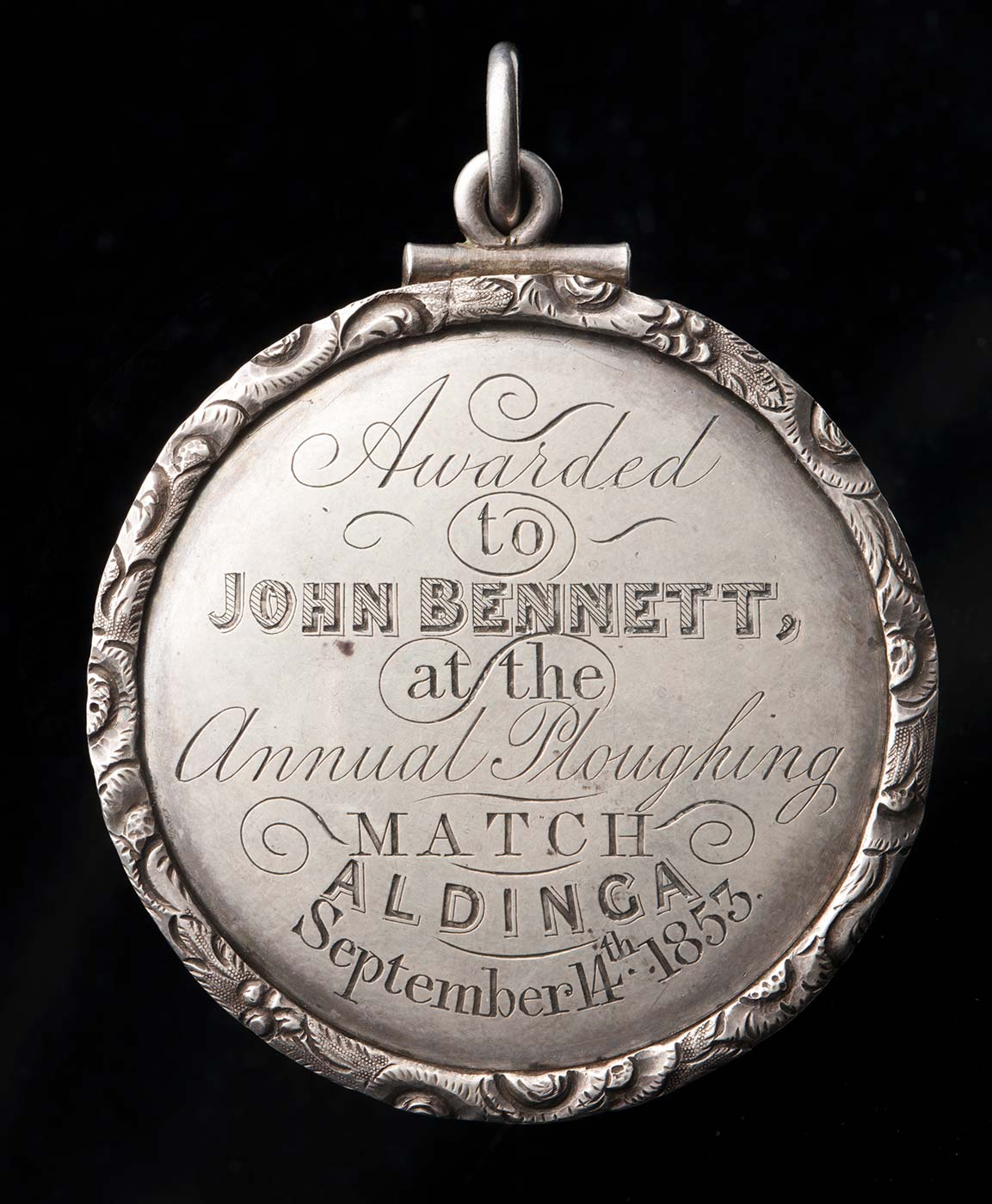 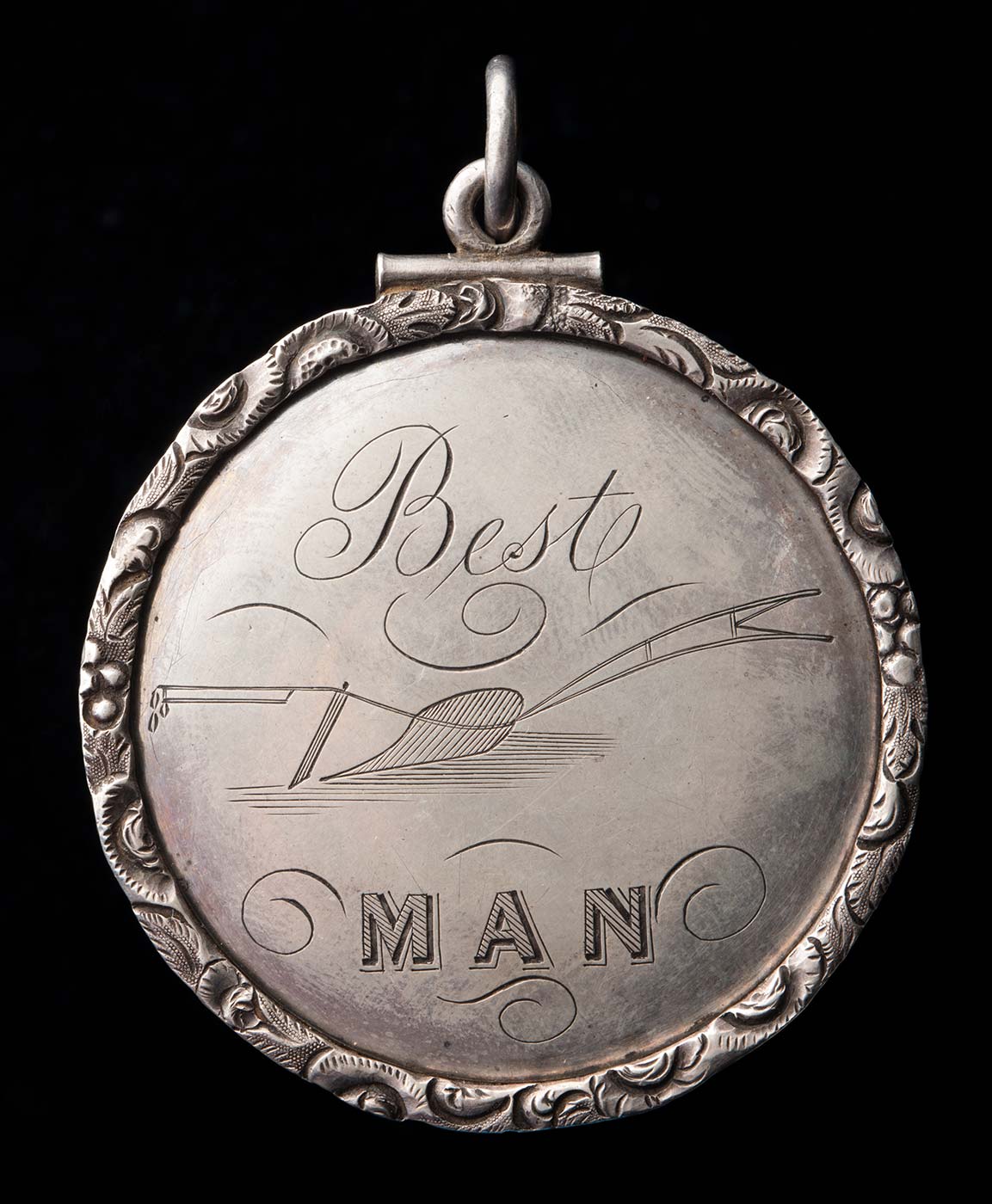 Aldinga was established on the Old Coach Road, an important link for the movement of people and goods between Adelaide and Encounter Bay. Farmers sought business in Adelaide, transporting their produce for sale to the expanding urban population.

Locals petitioned the government for the construction and improvement of roads and bridges, and a jetty for shipping at Port Willunga.

Lengthy debate and great expense was associated with the extension of the Main South Road to Myponga and mining activities at Rapid Bay, passing over the range at Sellicks Hill, the southern boundary of the Willunga Basin.

When the road was completed in 1859, it was named ‘Victory Road’ with considerable ceremony. The ‘victory’ of the road’s completion was assigned to John Norman, then chairman of the District Council of Willunga and the Aldinga Farmers’ Association, and a hotel built beside the road was named Norman’s Victory in recognition.

During the 1860s to 1880s Port Willunga was the second busiest port in the colony after Port Adelaide. The jetty was also used for fishing, and locals and tourists walked its length, which also accommodated stalls under canvas awnings.

Fishing equipment and boats were stored in small caves dug into the cliffs of Port Willunga. Fishermen sighted schools of fish from lookouts along the cliff tops, and then launched their boats to herd and catch the fish with nets. From the 1890s to the 1970s, generations of the How family fished this way.

On 13 July 1888 the iron vessel Star of Greece was blown off course in a violent storm while travelling from Port Adelaide with a load for Great Britain, and ran aground off Port Willunga. Without any lifesaving apparatus, Aldinga residents could do little to help, and 18 men died.

A reduction of demand for slate and the closure of local flour mills left the jetty underused. By 1915 the mid-section had been washed away and later that year the outer section was destroyed by a storm.

Settlers brought farming techniques from their European origins to Aldinga. Land was cleared by ringbarking, burning trees and using scrub rollers, and channels were dug to drain swampy areas. Superphosphate fertiliser was widely used during the 20th century to enrich land for grazing.

Increased levels of control across South Australia during the 1900s eliminated the dingo population from the Aldinga region, and many others south of the dingo fence. 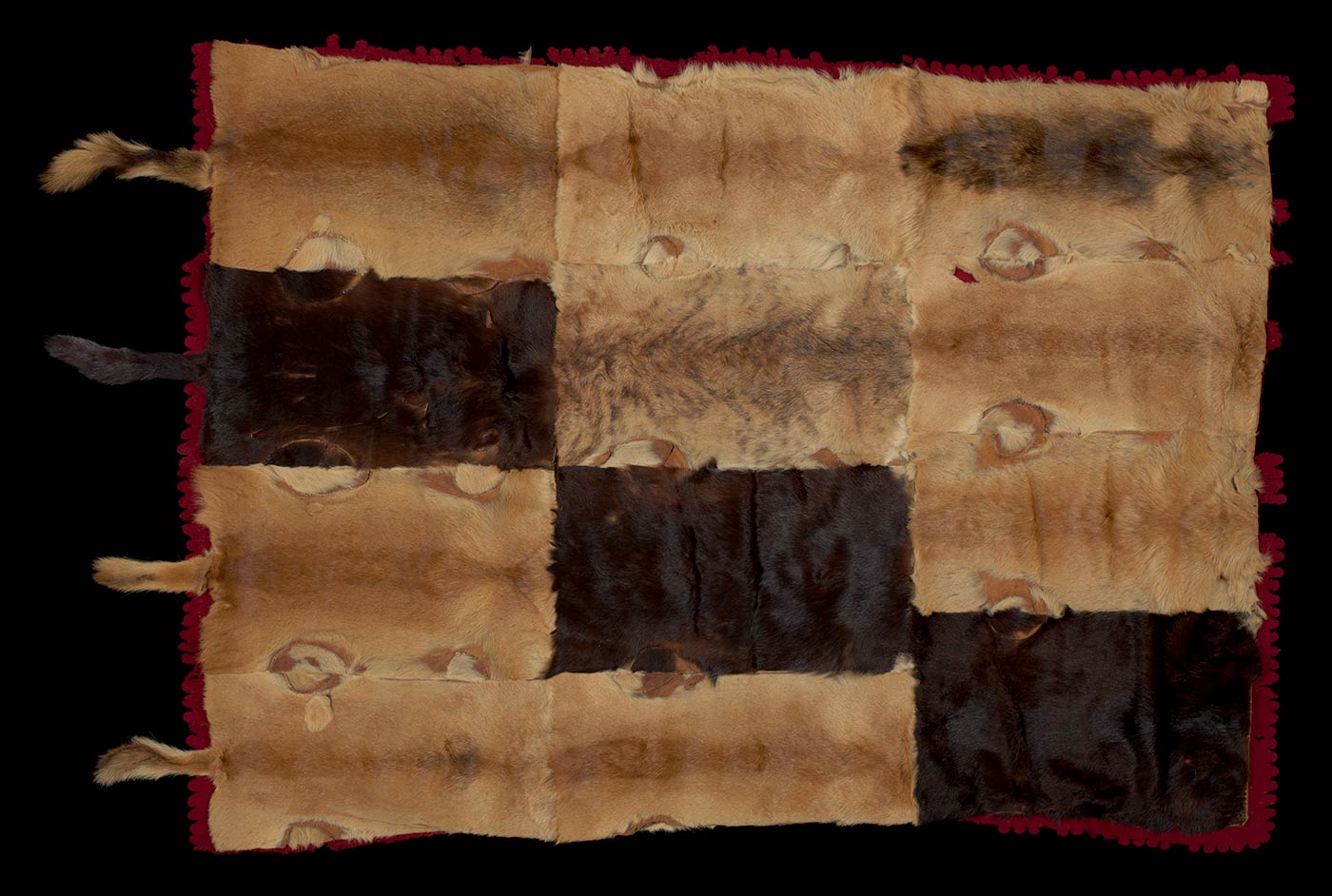 By the 1860s continuous wheat cropping rapidly exhausted soil nutrients, and farmers looked to diversify as wheat crops failed. Most farmers explored alternate crops, with the climate well-suited to fruit growing and market gardens, and a mix of farming and grazing continues in the Willunga Basin today.

Vineyards, first planted near McLaren Vale during the 1840s, began to dominate the district during the 1950s, and by 2003 about 5000 hectares of vines had been planted.

With increased tourism and the subdivision of farmland for housing, the population gradually shifted from Aldinga to the smaller coastal settlement of Aldinga Beach, about three kilometres west.

The original town centre was largely abandoned until a recent revival, focused on selling, using and promoting local produce. Community interest has also driven the success of local food markets in Willunga and Aldinga.

Aldinga is part of the traditional lands of the Kaurna people. Its name comes from the Kaurna word 'ngaltingga', meaning ‘open wide’, a reference to the Aldinga plain. The district provided rich food sources, including fish and shellfish, plants, fruits and roots, kangaroos, possums, birds and lizards.

Permanent freshwater springs along the Fleurieu Peninsula coastline are part of a mythological dreaming pathway.

A grieving man, Tjilbruke, carried the body of a dead nephew southwards along the coast. Where he rested, Tjilbruke’s tears formed springs. On reaching Rapid Bay, he laid his nephew’s body in a cave and transformed himself into a glossy ibis, a bird known by Kaurna people as Tjilbruke.

Most of the springs and other important Kaurna sites and hunting grounds were lost through earthworks, farming and development. The Kaurna peoples were forced on to missions and reserves or lived on the fringes of towns.

In the 1850s a ration depot was established at the Willunga Police Station under the government’s Protector of Aborigines. Kaurna families often lived on local farms, working for the settlers and receiving payment in food and clothing. 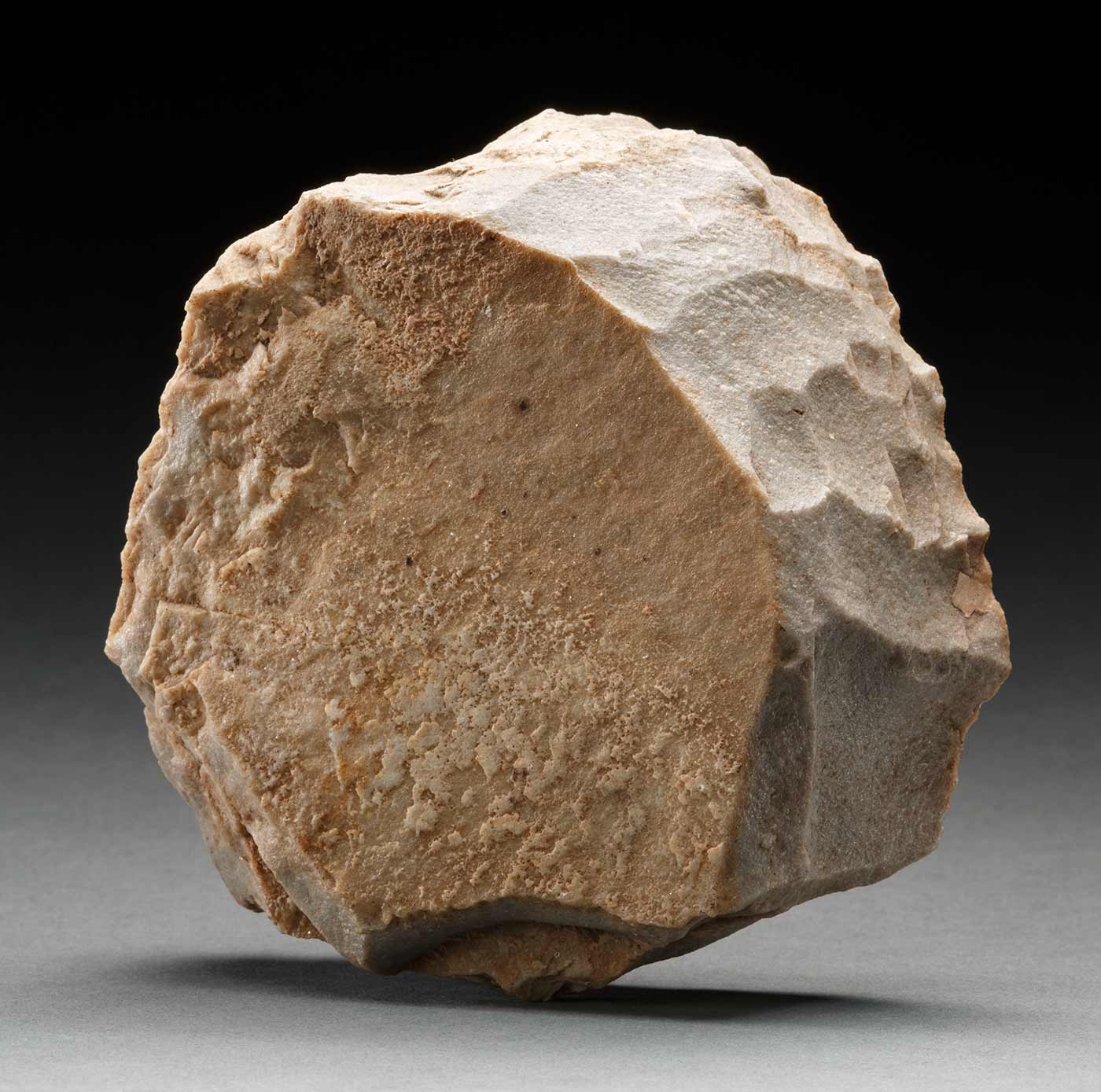 Few areas in the Willunga Basin provide a sense of what the landscape was like before European settlement and agricultural development.

Many of the local species of flora and fauna rely on seasonal flooding, within a system of lagoons and marshlands fed by groundwater springs and water runoff from the ranges flowing to the coast. Farmers draining the wetlands for crops and pasture limited the survival of those species.

Saved from intensive farming due to its swampy and sandy nature, 300 hectares of land now protected as the Aldinga Scrub Conservation Park contains remnant red gum forests, mallee scrub, rare flora such as lacy coral lichen and many food plants used by Kaurna people, including nardoo, muntries and quandongs.

Aldinga Scrub Conservation Park volunteers are working with the City of Onkaparinga Council and the Catchment Water Management Board to redirect water runoff into areas of the park, allowing some species to re-establish.

'Environmental Water Requirements of Aldinga Scrub, Blue Lagoon and the Washpool', The City of Onkaparinga and the Onkaparinga Catchment Water Management Board, January 2003.

Aldinga Beach B-7 school joined the Stephanie Alexander Kitchen Garden program in 2011. With new housing developments in the surrounding area, the school population has grown to more than 600 students.