Chelona is a community near the regional centre of Mackay, on the central Queensland coast, in the traditional country of the Yuwibara people. Since the 1880s the growing of sugar cane has dominated the Mackay region. Local farmers also graze beef cattle. 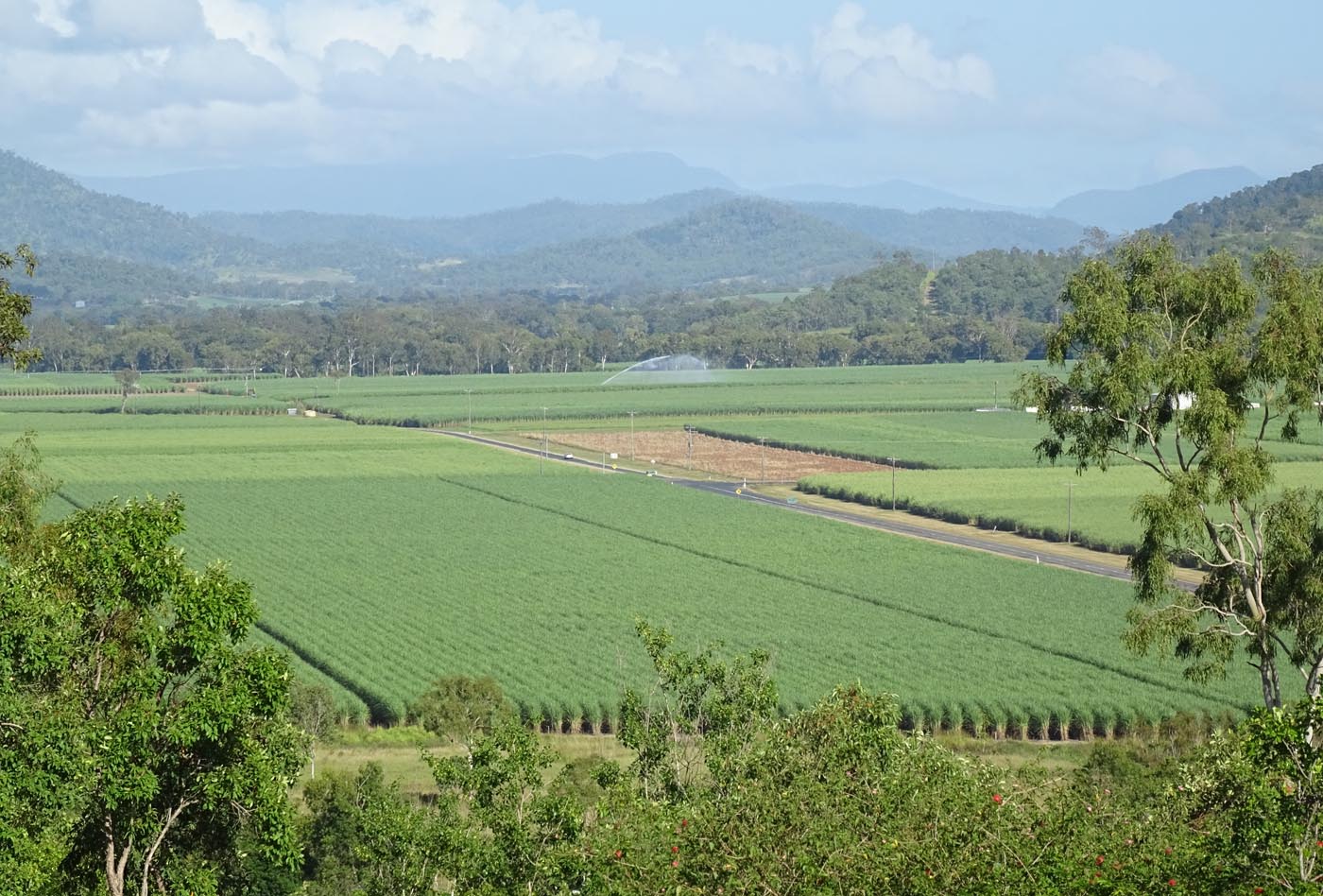 In the late 1950s Tom Lester managed a sugar cane farm in the Mia Mia area, west of Mackay. He lived on the farm with his wife, Doreen, and their five children. Tom used this knife to cut down stalks of sugar cane, just above ground level. By bending the knife blade, Tom did not have to stoop so low to sever each stalk.

Trains carried the stalks to the nearby North Eton sugar mill for crushing and processing. Kaaren Sephton, Tom’s daughter, donated two of her father’s cane-cutting knives to the National Museum of Australia in 2010. 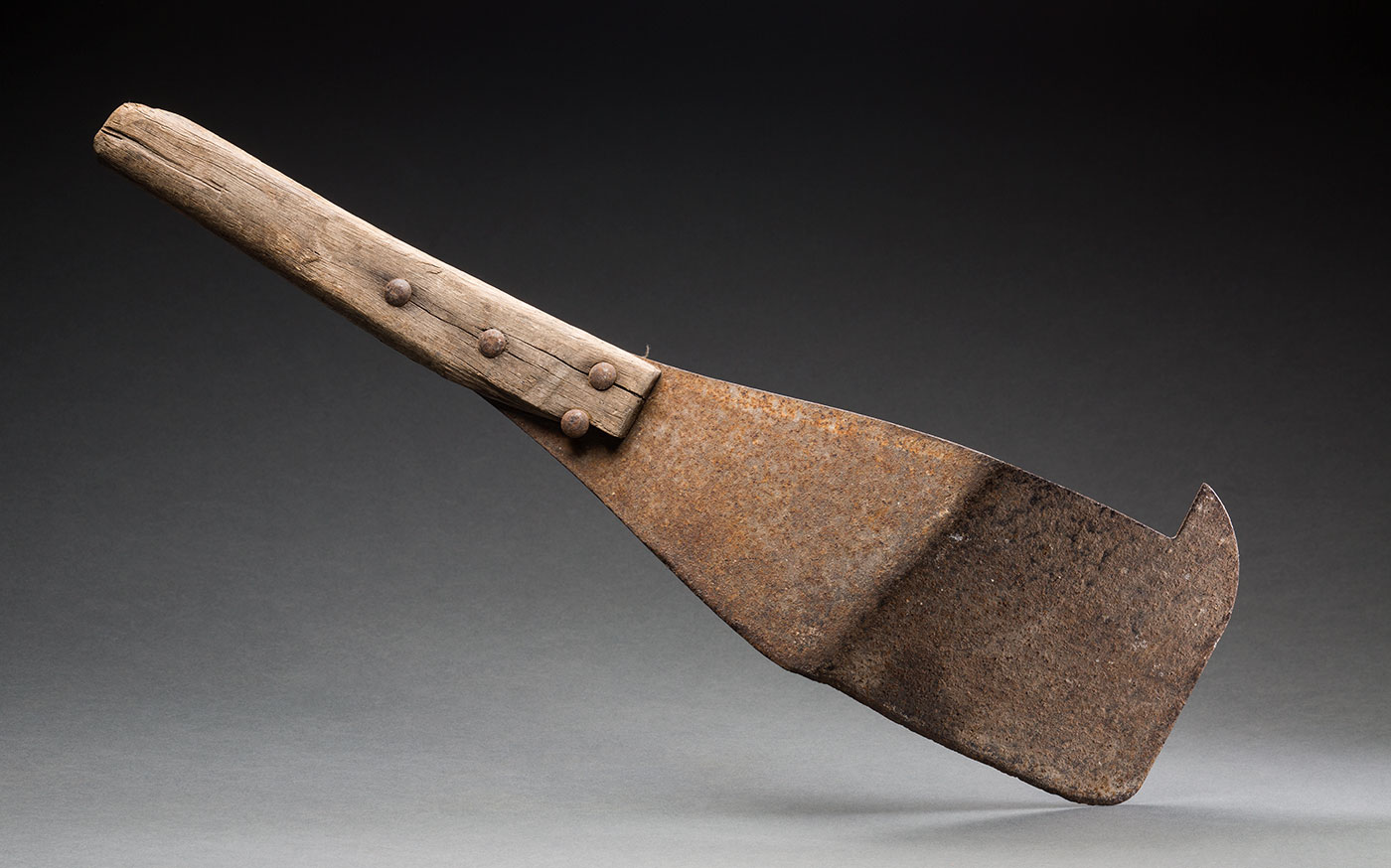 Cane-cutting knife used by Tom Lester in the 1950s

In January 1888 the Premier of Queensland, Sir Samuel Griffiths, arrived in Mackay to open the North Eton sugar mill in the Mackay district, west of Chelona.

Sugar farmers and mill workers watched Griffiths feed a dozen sugar cane stalks into the iron rollers, then cheered as he threw in a bottle of champagne to follow the disappearing cane.

The crowd then enjoyed cake, ale and music to celebrate the opening of the first co-operative sugar mill in Queensland, owned by the local sugar growers.

One century later the National Museum of Australia acquired the original beam engine that powered the North Eton sugar mill.

Manufactured in Scotland by Bow McLachlan & Co in 1884, the device is a type of steam engine characterised by a large, pivoted beam. The engine remained in use until its replacement by new technology in the early 1960s.

Denis Casey started working at North Eton in 1957 as an apprentice fitter and turner. Denis remembers working on the steam engine’s valve mechanism, which controlled the entry of steam into the engine’s cylinder. He was particularly interested in the capacity of steam to power the mill machinery.

Tom Lester was one of the last men in the Mackay region to use hand-held knives to harvest cane. Fred and Noela Agius now own the farm at Mia Mia where Tom lived with Doreen and their children. After the purchase of the property, Fred cut cane by hand for three years. In about 1965, he acquired one of the new mechanical harvesters.

Declining world sugar prices and other financial pressures forced the closure of North Eton sugar mill in 1988. The last bin of sugar cane to be processed in the North Eton mill was harvested on Fred and Noela’s farm. Sugar cane grown in the Mia Mia area is now carted northeast to the Marian mill, on the Pioneer River.

Chelona State School is a primary school located at Chelona, a sugar cane farming community south of Mackay, on the central Queensland coast. The school was established in January 1893 and educates children from a sugar farming and beach communities. Chelona State School joined the Stephanie Alexander Kitchen Garden National Program in 2014.