The design on this plate is rather naïve but well executed by a named engraver, HC Jervis of Sydney, who left his engraver’s stamp on the reverse of the plate. In addition to the popular emu and kangaroo, Jervis added a large waratah to the design.

Aside from the commonly used xanthorrhoea and perhaps a gum tree on one other gorget, his is the only use of an Australian plant in the decorations on the Museum’s gorgets. 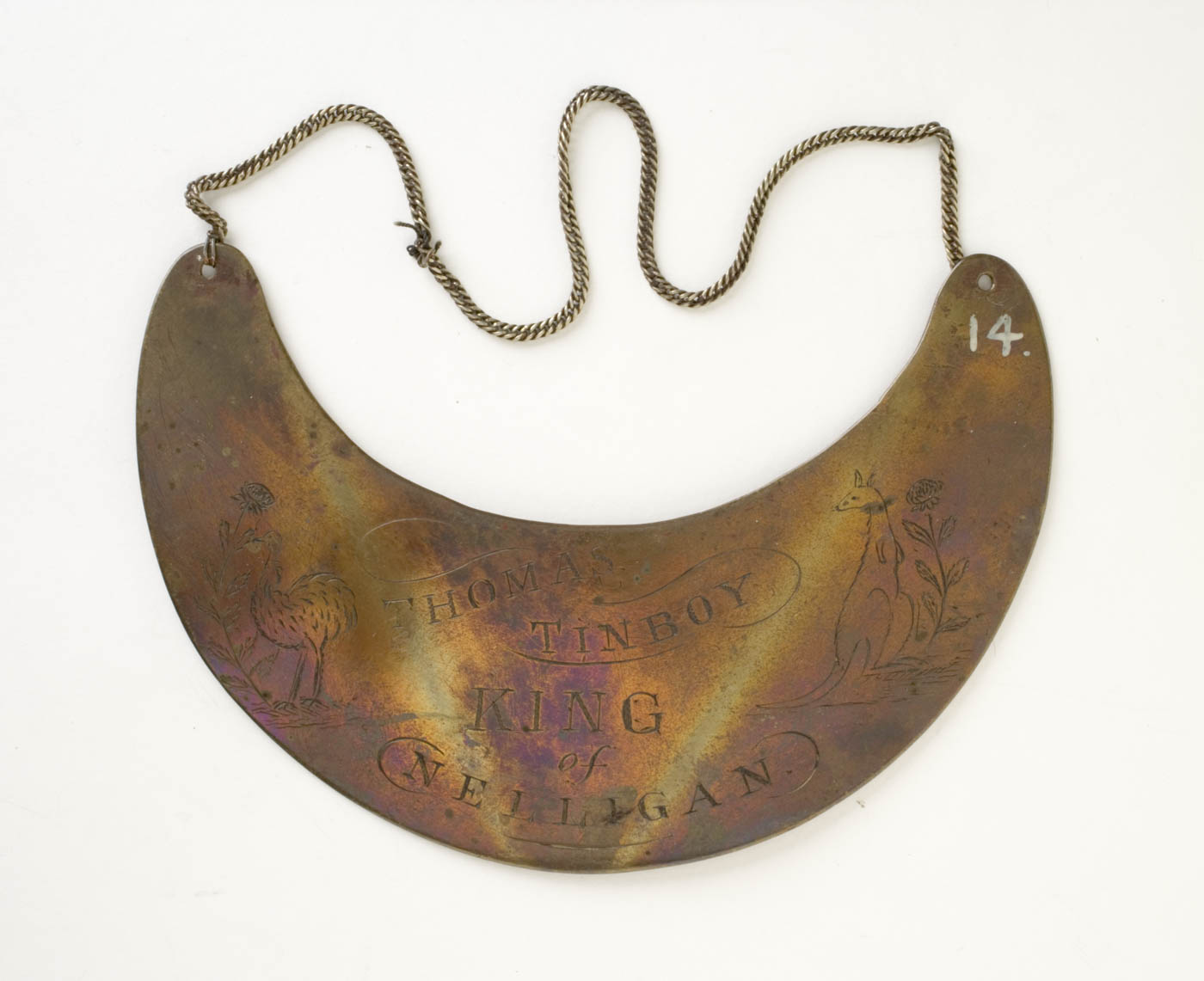 Milne collected a little information about Thomas Tinboy. It is likely that Thomas Tinboy was in the Nelligen area in the early to mid-19th century and this would date his gorget as an early example.

This plate was worn by Aborigine King Tommy Tinboy. ... He was a full-blood black and was King of this district for many years. Mr McCarthy states that this black was well known to him for about 35 years. ... He used to bring fish and wild honey to his house. In return for this he got tea, sugar, flour, and tobacco. ... This plate was found by Mr W McCarthy buried in an ant hill, in the ranges near Nelligan Creek, Where the King placed it no doubt before he died. (Milne Collection file 85/310 folio 169) [1]

There are many accounts in 19th-century records of Aboriginal people trading wild honey, fish and other bush tucker with the colonists for their goods. Wild honey was commonly known as ‘sugar bag’ for its similarity of taste to the water from boiled sugar bags.

The diet of colonists was often monotonous and any variety supplied by trade with Aboriginal people was welcome. Sugar was a particular luxury and honey made a fine substitute.

It is unknown whether or not Thomas Tinboy placed his gorget in the anthill, although it would certainly be a safe hiding place. However, Aboriginal people sometimes used anthills as part of their mortuary rituals.

Therefore, Thomas may have been buried with his gorget in the anthill and his bones removed at a later date for secondary burial.