Last of her tribe, Murramarang

Coomee’s gorget was commissioned by her friend Edmund Milne in 1909, and it was returned to him for his collection a few years after her death. It is one of only two in the Museum’s collections which were made for women. 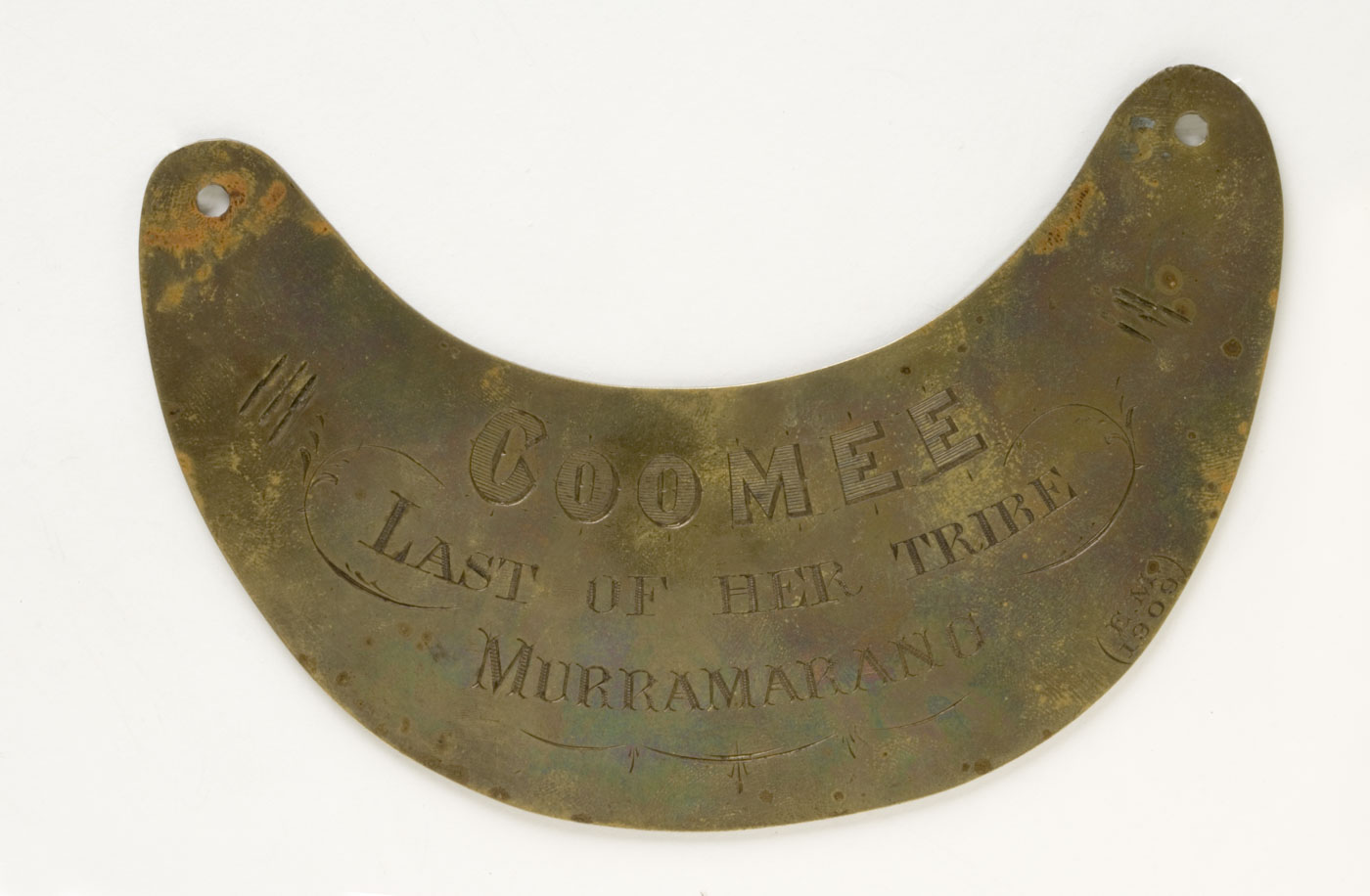 The near mint condition of the sawn brass plate suggests that it was rarely worn. There are three known photographs of Coomee and in none of them is she wearing the gorget.

The gorget is free from decoration except for a series of engraved lines in each horn which are likely to have been copied from Coomee’s body markings.

Aboriginal people traditionally scarified their bodies for decorative and ritual purposes and Milne observed that Coomee had ‘tribal ceremonial scars on each shoulder’. [1] Milne had the gorget made as a token of esteem because he believed Coomee was the last of the Murramarang people.

‘Last of the tribe’

‘Last of the tribe’