Chief of the Nuneree Tribe

This is a very old and worn gorget. The style of lettering and conservative design of escarbuncle and laurel leaves which copy the decorations on military gorgets suggest it was made in the early 19th century. 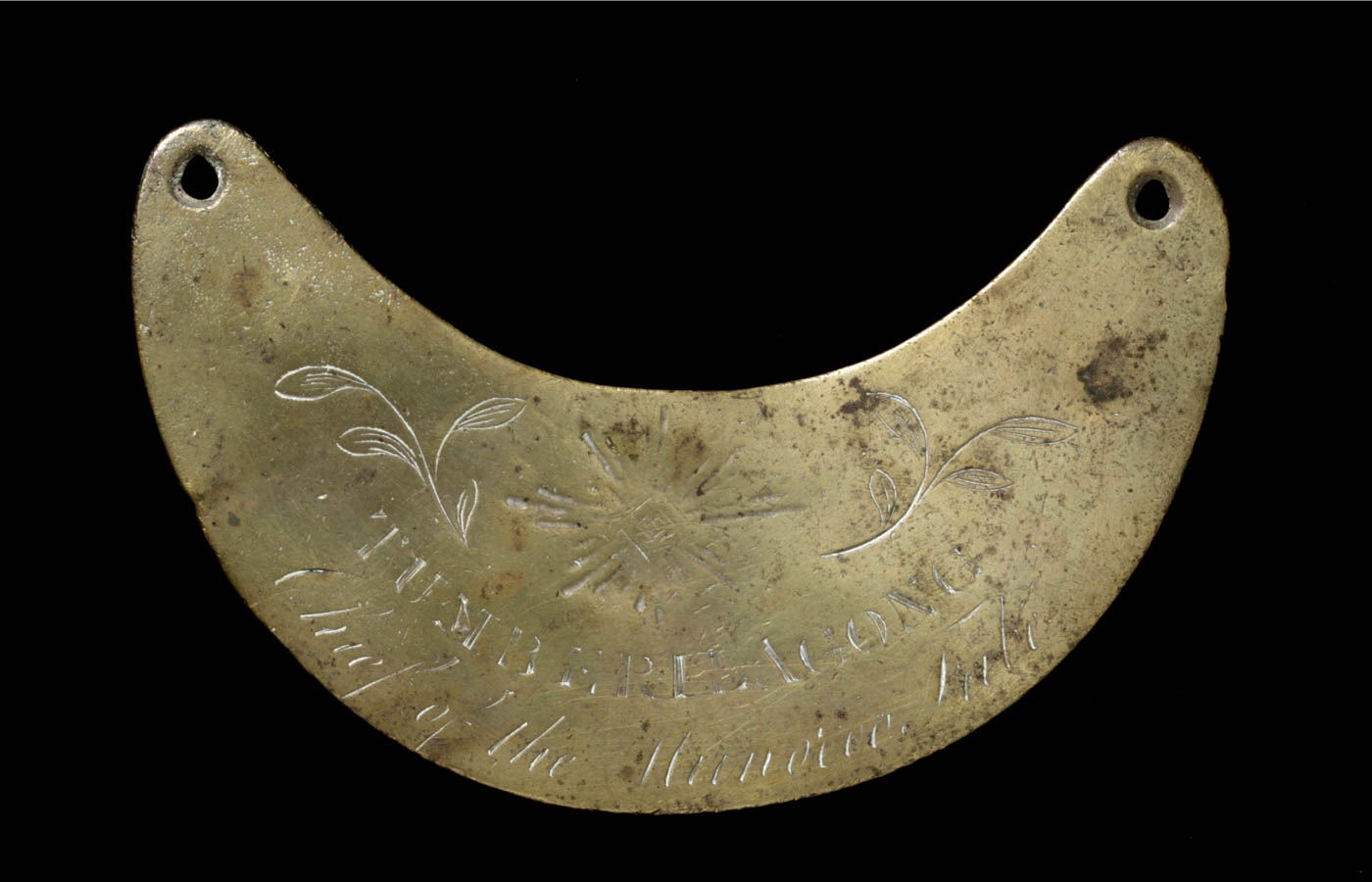 Its suspension holes are very worn, indicating that the gorget was often used and handled. It is difficult to decide whether the plate was sand-cast or sawn.

The degree of pitting on the object which suggests sand-casting could also be attributed to corrosion caused, for example, by being buried in the ground or from marks made by etching acid used to etch out the surface decorations.

Nothing has been discovered about Tumberilagong or the Nuneree Tribe. It is possible the name Tumberilagong is connected with Tumblong near Gundagai on the Murrumbidgee River, New South Wales.

However, an article in the Monaro Mercury, 23 February 1931, provides some of the history of the gorget:

An interesting half-moon brass plate, similar to those formerly worn by Aboriginals who were kings of their respective tribes was found last week in one of Mr. H.A. Haslingden’s paddocks at Lawarra about 7 miles from Cooma where rabbit burrows were being dug out. On the upper portion of the ‘badge of royalty’ appears some scroll work and in the centre are the words ‘TUMBERILAGONG CHIEF OF THE NUNEREE TRIBE’.

There is a small hole on each point of the plate to which a chain was no doubt attached so that it could be worn necklace fashion. Similar relics have been found in various districts minus the chains which had formerly been replaced by string or fibre when the ‘the king’ appeared ‘in full dress’. The initial letter of the name of the tribe is indistinct and it may possibly be ‘M’ as the district was in early days known as Maneroo. ... It is Mr. Haslingden’s intention to forward the plate to the N.S.W. Museum where it may be identified as belonging to one of the early tribes of aboriginals of the Monaro district.