By this time, Australia's pioneer aviators had made successful advances with balloon and kite technology, and hoped to develop their own powered aircraft.

In April 1909, the Aerial League of Australia was formed in Sydney, stimulating Australia's fledgling aviation industry

George Augustine Taylor (1872–1928), founder of the Aerial League of Australia, established an aeroplane factory in Sydney's Surry Hills in September 1909.

The factory constructed kites for military purposes and also experimented with human-carrying gliders and a powered monoplane.

On 5 December 1909, at Narrabeen Beach in Sydney, Taylor made a series of flights in his biplane glider, the longest being 110 yards (just over 100 metres), recorded as the first successful heavier-than-air flight in Australia.

At 'let go' the wind immediately lifted the machine to the full length of the guide ropes and dragged the operators so fast that two let go; the machine now soared towards the ocean, and at the water's edge the remaining guide ropes were loosened, the machine making a leap upwards. Mr Taylor by careful manoeuvring, kept the machine well under control.

In the following months several powered aeroplanes were imported for public exhibition and flown by Colin Defries in Sydney, Harry Houdini in Victoria, and Fred Custance in South Australia. John Duigan was the first Australian to design and build a powered aeroplane, flying at Mia Mia in Victoria on 16 July 1910. 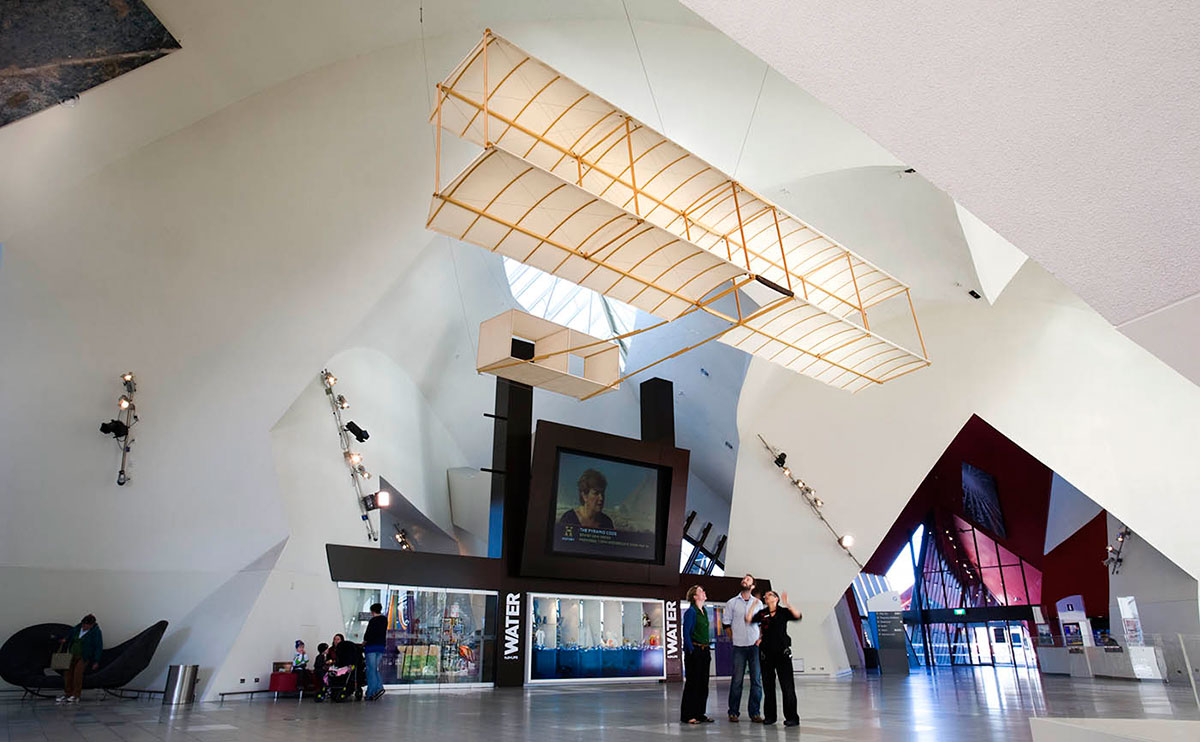 The Taylor glider replica installed in the Hall at the Museum in 2010. National Museum of Australia

To mark the centenary of George Augustine Taylor's flight, the Australian Gliding Museum launched a project to build three full-sized replicas of Taylor's biplane glider, including the one displayed above.

Funds to purchase materials were raised through sponsorship and donations, and labour was provided by the museum's volunteers, most of whom are retired aviation industry professionals.

The gliders were constructed from plans drawn by aeronautical engineer David Craddock and research undertaken by Gliding Museum members.

The replicas are made with materials as close as possible to those used in Taylor's original: epoxy-lacquered hoop pine and ash, cellulose nitrate-doped cotton fabric, nickel-plated bicycle spokes, steel wire and brackets, copper fasteners and modern aviation-grade steel bolts.

Taylor modelled his aircraft on kites made by Sydney inventor Lawrence Hargrave during the 1890s. Hargrave invented the box kite and compressed air rotary engine for powering propellers and discovered that a wing with a curved surface provided twice the lifting power of a flat one.

Taylor claimed that the Wright brothers owed their success to Hargrave's inventions, stating that 'an Australian should be the first in the air in the country that gave the world the secret of flying'.