An Australian flag retrieved from the ruins of the World Trade Center in New York is a graphic reminder of a tragedy that claimed the lives of 2,977 people.

The flag was one of thousands of objects excavated from the site following the terrorist attacks of 11 September 2001. Intact but soiled, crumpled and with minor tears, the 120 by 178 centimetre flag was discovered in the basement of World Trade Center Three.

The flag is believed to have been used for ceremonial purposes in the 22-storey Marriott Hotel which was destroyed by falling debris from the collapse of the Twin Towers.

New York Police Department Emergency Services Unit Detective Patrick McGee presented the flag to Australia's Consul General Ken Allen in a private ceremony in August 2004. It was then returned to Australia for conservation at the National Museum of Australia in Canberra.

The flag was loaned by the National Museum of Australia to the Australian Consulate-General in New York, to mark the 20th anniversary in September 2021. 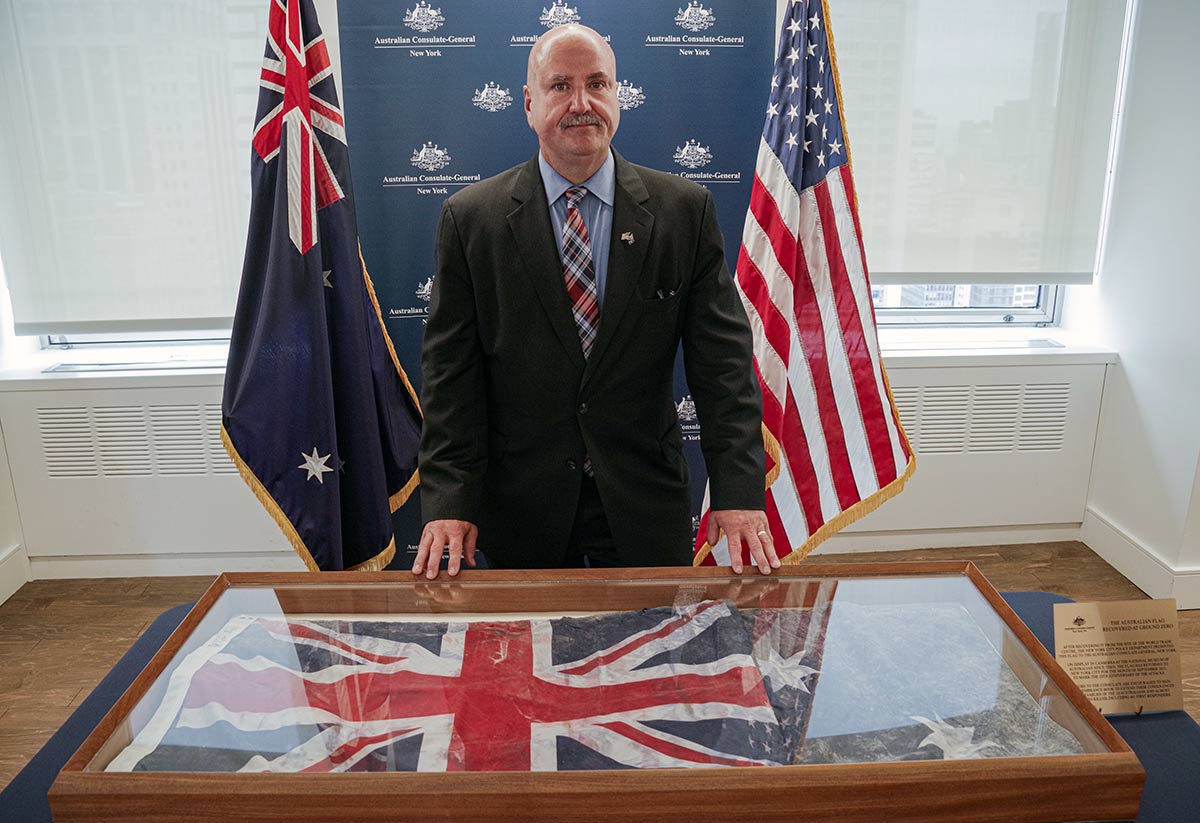 Detective Patrick McGee with the flag on display at the Australian Consulate-General in New York, 2021

We are honoured to be the custodians of this poignant reminder of the dreadful day that changed the world. It seems truly fitting that the flag has been returned to New York to be the centrepiece of a ceremony to mark the 20th anniversary of that tragic event.

The flag is part of the National Historical Collection and will be preserved as a reminder of the tragic events of September 2001.

The Museum also holds a collection of personal objects relating to the life and death of Yvonne Kennedy, who died at the Pentagon. Yvonne was one of 10 Australians among those who died in the terrorist attack, which marked the beginning of the 'war on terror'.

Australia joined the United States and its allies to contribute forces to the invasion of Afghanistan and later Iraq.