The Norman Wilson collection consists of a range of objects used by Wilson while working as a patrol officer in Papua New Guinea in the 1960s.

Norm’s duties as a patrol officer were diverse, physically and mentally demanding, and sometimes dangerous. The objects represent the physical nature of the work, and the importance that Australia placed on administrative control of the region. 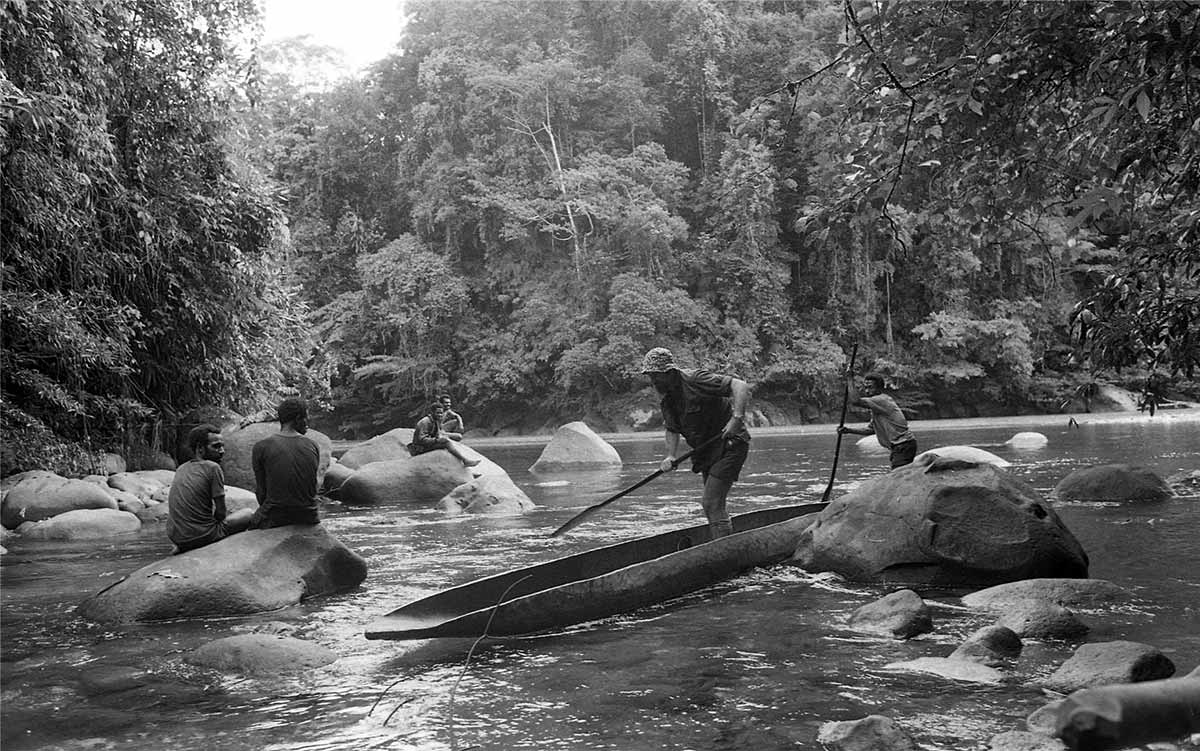 Australia has had a long involvement with Papua New Guinea, its closest geographical neighbour. It is a dynamic relationship that continues to change.

Papua New Guinea is a diverse country with more than 800 languages and several hundred cultural groups. It lies about 150 kilometres north of the Queensland coast.

In the late-19th century what is now Papua New Guinea was divided between Britain and Germany. British New Guinea was administered by various Australian colonies until Britain formally handed it to Australia in 1906, creating the Territory of Papua.

In 1914, following the outbreak of the First World War, Australia occupied German New Guinea to prevent it being used as a naval base.

After the war, Australia assumed responsibility for the former German territory. It was not until 1949, however, that the two territories came under joint Australian administration in Port Moresby.

By November 1973, however, Papua New Guinea had attained self-government and on 16 September 1975 it was granted independence.

One of the ways in which Australia organised its administrative control was through the use of patrol officers.

After completing the training course at the Australian School of Pacific Administration, cadets were sent to the territory for field experience. After 21 months they became patrol officers.

The job required travel over vast and often isolated areas. As the representative of government administration, the ability to establish good working relationships with local communities was essential.

Norm Wilson was accepted as a cadet patrol officer in 1962 at the age of 18. After training at the Australian School of Pacific Administration he was posted to Maprik in the East Sepik District.

In 1968 he moved further inland to the Chimbu (Simbu) District where he was responsible for rural development and a five-year plan to improve education, health, roads and bridges as well as law and order.

Norm then became the political education officer for the Eastern Highlands District. This involved running courses for councillors, village leaders, high school students, Christian missionaries, social workers and public servants. The program was one of the most effective in the country.

As well as going on patrols and working as an administrator, Norm was a member of the Eastern Highlands Cricket Association, helped organise the bi-annual Goroka show and was chairman for the JK McCarthy Museum.

After independence was granted in 1975, many Australians who had been involved in the administration left. Others, such as Norm, stayed on. He attained the position of deputy district commissioner for the Eastern Highlands. When Wilson did leave in 1979 he maintained a strong connection to and interest in Papua New Guinea.