Civil rights campaigner Faith Bandler wore these gloves while lobbying for the recognition of Aboriginal Australians as Australian citizens. 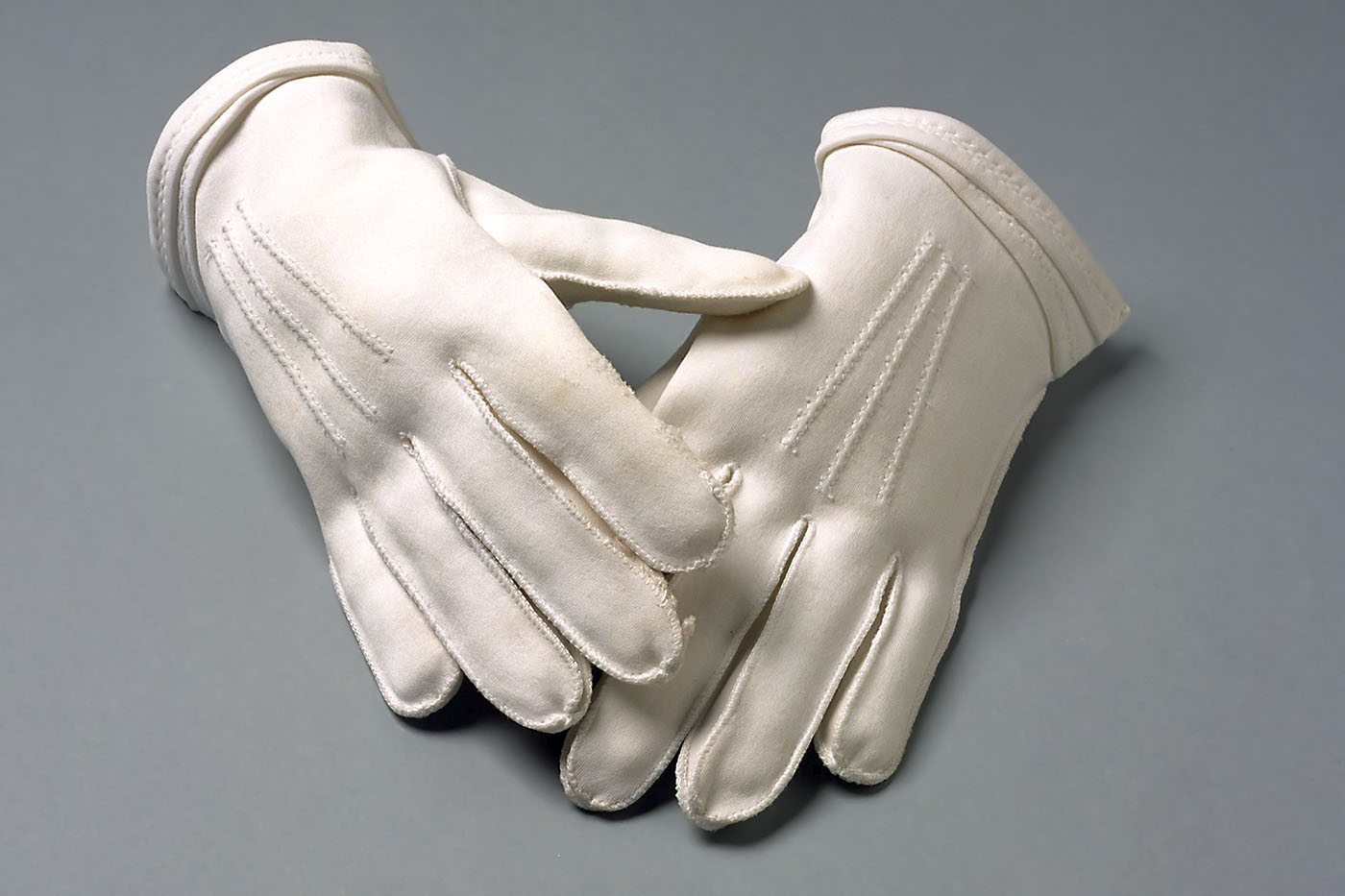 Bandler recalled wearing her white gloves, known as town or day gloves, when addressing predominantly white female audiences during the campaign for the 1967 referendum.

At the 1967 referendum Australians were asked to vote on changes to the Constitution. These were to include Aboriginal people when calculating the Australian population and to empower the Commonwealth government to pass laws concerning Aboriginal people.

The question put to the Australian people on 27 May 1967 read:

Do you approve the proposed law for the alteration of the Constitution entitled – ‘An Act to alter the Constitution so as to omit certain words relating to the People of the Aboriginal Race in any State and so that Aboriginals are to be counted in reckoning the Population’?

More than 90 per cent of Australians voted to remove references in the Australian Constitution which discriminated against Aboriginal people.

This result was one of the few successful referendums in Australian history and remains the highest ‘yes’ vote in an Australian referendum.

Bandler was instrumental in the ‘yes’ campaign. She was actively involved in establishing the Aboriginal-Australian Fellowship in 1956. She was New South Wales secretary, then general secretary, of the Federal Council for the Advancement of Aboriginals and Torres Strait Islanders (FCAATSI).

Faith Bandler was born in 1920 on the north coast of New South Wales. Her father, Peter Mussing, was a South Sea Islander brought to Queensland to work as an unpaid labourer. He was one of more than 60,000 South Sea Islanders who helped to establish the Australian sugar industry.

Peter had been sold as a slave and was forced to work on sugar cane plantations until he escaped in 1897.

Faith served in the women’s land army during the Second World War. In 1952 she married Hans Bandler, a Jewish refugee from Vienna.

Bandler was actively involved in the campaign for Indigenous rights in the 1950s and 1960s. She was awarded the Medal of the Order of Australia in 1984 for service to Aboriginal welfare.

In 2009 Bandler was appointed a Companion in the Order of Australia for advancing human rights and social justice, and raising public awareness and understanding of the heritage of South Sea Islanders and women’s issues.

Pair of short white cotton gloves worn by Aboriginal rights activist Faith BandlerThese gloves were worn by Faith Bandler when she was campaigning for the right of Aboriginal Australians to be constitutionally and legally recognized as Australian citizens in the lead up to the 1967 Indigenous referendum. She explains why she wore these 'day' or 'town' gloves when addressing groups of white women: "I used to...
Facebook
Twitter
Pinterest
Messenger
Email