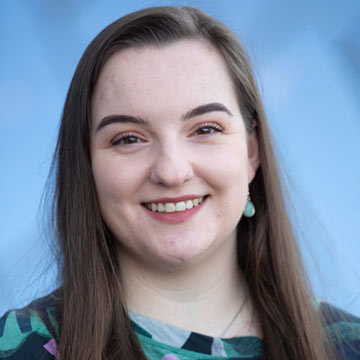 A vibrant mural showing the first pioneer women crossing the Blue Mountains is a new addition to our Landmarks gallery. Made by the Blue Mountains Group of the Country Women’s Association (CWA) of New South Wales, the mural features Elizabeth Hawkins, who settled in Bathurst in 1822.

We are thrilled to display this striking work that demonstrates the talents of the women who made the mural. We are delighted to share Hawkins's story, 200 years after her remarkable journey. The mural also goes on show as the CWA of NSW celebrates its centenary. 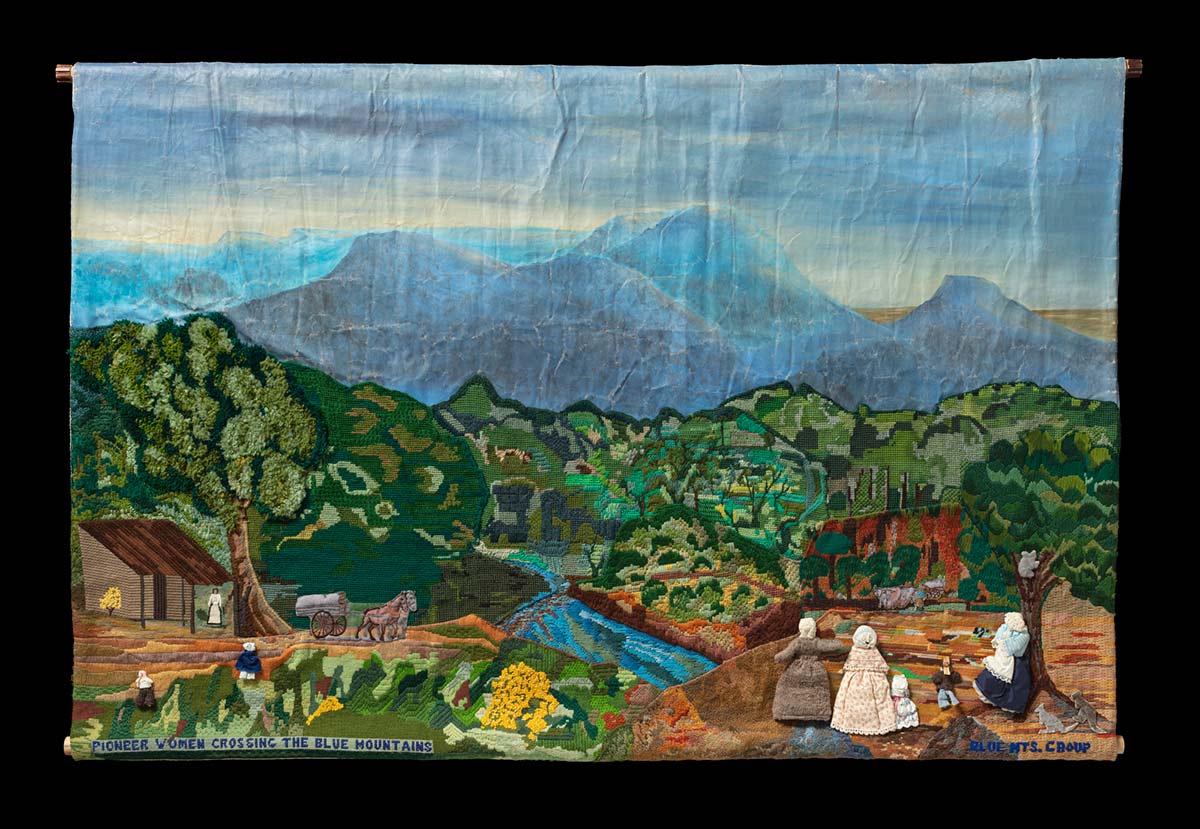 Elizabeth Hawkins, born Elizabeth Lilly in 1783, settled in Bathurst with her family after a long and difficult journey across the Blue Mountains. The family left Sydney in early April 1822. The crossing was intended to take seven days but was instead 17 days of hazardous travel.

Hawkins travelled with her husband, former naval officer Thomas Hawkins, her elderly mother and her eight children, all under the age of 13. Half a dozen convicts and two convict supervisors drove the family’s drays and bullock carts.

Hawkins travelled in a covered wagon with her mother and seven of her children. Her husband and her 12-year-old son rode on horseback. They mainly slept in tents but, where possible, found shelter in simple lodgings along the route.

Travelling through mountain passes and along steep gorges, the group encountered many hazards. The road to the settlement on the Bathurst Plains had only been completed a few years prior and most of the bridges were unfinished. This made water crossings dangerous for the bullock drays and carts, which were prone to getting stuck in sandy creek beds.

Pulley systems were sometimes used to haul the drays up the steep inclines. The descents were equally treacherous, with no way to slow the heavy carts from rolling forward at great speeds. It was too dangerous to travel the steep slopes in the wagons, so Elizabeth and her mother would dismount and walk with the children. This was made even more difficult by the restrictive nature of their long skirts and tight bodices, which society dictated were appropriate for respectable women – even when trekking across mountains.

On their arrival at the Bathurst settlement, the Hawkins family was welcomed by William Lawson, one of the first three European explorers to cross the Blue Mountains several years earlier. The Hawkins family settled into their new home and took up government land in the area.

Formed in 1922, the CWA is Australia’s largest women’s organisation. It advocates for a range of social, health and environmental issues and provides women in rural areas with a support network.

This mixed-media mural is one of 30 donated to the National Museum of Australia by the CWA of NSW in 1990. The murals were made by regional groups of the CWA to mark the Australian bicentenary in 1988.

The murals celebrate the achievements of pioneering women including Dame Enid Lyons, Faith Bandler, Miles Franklin, Margaret Olley, Daisy Bates and Justice Elizabeth Evatt. Broader themes, such as women in medicine, women in sport, women on the First Fleet and CWA women during the war years, feature on other murals.

The Blue Mountains group of the CWA was allotted Elizabeth Hawkins. The mural was based on letters sent by Hawkins to her sister in England, detailing her arduous journey across the Blue Mountains.

The top section of the mural is painted on canvas, depicting the vast Blue Mountains against a blue sky. The rest is a mix of embroidery and tapestry, showing green rolling hills and the Hawkins family.