From the vault – Reconciliation Week 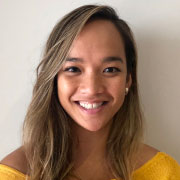 Today National Reconciliation Week kicks off. It runs from 27 May to 3 June, as it has since 1996. These dates commemorate two significant milestones in the reconciliation journey — the 1967 referendum and the High Court’s landmark Mabo decision.

During the 2000 Reconciliation Week the Bridge Walk for Reconciliation took place in Sydney, adding another important date to commemorate in a historically significant week.

In May 1967, after 10 years of campaigning, a referendum was held to recognise Indigenous people in the Australian constitution.

The lead-up to the poll focused public attention on the fact that Aboriginal and Torres Strait Islander peoples were treated as second-class citizens.

In 2017, 50 years after the referendum was passed, we held a panel discussion at the Museum to discuss the effects of the referendum and its impact on contemporary Australia.

On 3 June 1992 the High Court of Australia recognised that a group of Torres Strait Islanders, led by Eddie Mabo, held ownership of Mer (Murray Island).

By acknowledging the traditional rights of the Meriam people to their land, the High Court held that native title existed for all Indigenous people.

Aside from being a prominent Indigenous activist, Eddie Mabo was also an artist. We are incredibly privileged to have four of his artworks as part of our collection.

Dragon Heads and Still Life with Jar and Bowl were completed by Mabo as a teenager; Tree in Landscape and Dark Palm Trees as an adult. These four artworks are significant both as personal objects and as examples of Mabo's attachment to Mer.

On 28 May 2000 more than 250,000 people, Indigenous and non-Indigenous, walked across Sydney Harbour Bridge in a continuous stream that lasted nearly six hours.

The Bridge Walk for Reconciliation was the largest political demonstration ever held in Australia.

It was a public expression of support for meaningful reconciliation between Australia’s Indigenous and non-Indigenous peoples.

The march was held the day after a meeting of dozens of high-profile Indigenous and non-Indigenous leaders at the Sydney Opera House.

In our collection we hold the outfit that Jackie Huggins, former Co-chair of Reconciliation Australia, wore to the Sydney Opera House on the evening of the walk. She donated it in 2008, on the eve of the Australian Parliament’s apology to the Stolen Generations.

We’ll keep bringing objects, collections, exhibitions and programs from the vault as part of the Museum from home experience. Stay tuned!

Pair of short white cotton gloves worn by Aboriginal rights activist Faith BandlerThese gloves were worn by Faith Bandler when she was campaigning for the right of Aboriginal Australians to be constitutionally and legally recognized as Australian citizens in the lead up to the 1967 Indigenous referendum. She explains why she wore these 'day' or 'town' gloves when addressing groups of white women: "I used to...