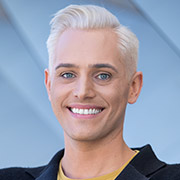 Collecting in a time of rapid and profound change

Record-breaking temperatures and months of severe drought led to an unprecedented bushfire season across Australia. The 2019–20 bushfire season has been longer and more intense than ever before.

As soon as the fires began, the staff at National Museum of Australia started thinking about how best to document events for present and future generations, particularly through collecting.

Some objects were offered to us in the immediate aftermath of the blazes. From today, what is known as the Bungendore Fridge goes on show in our Gandel Atrium. 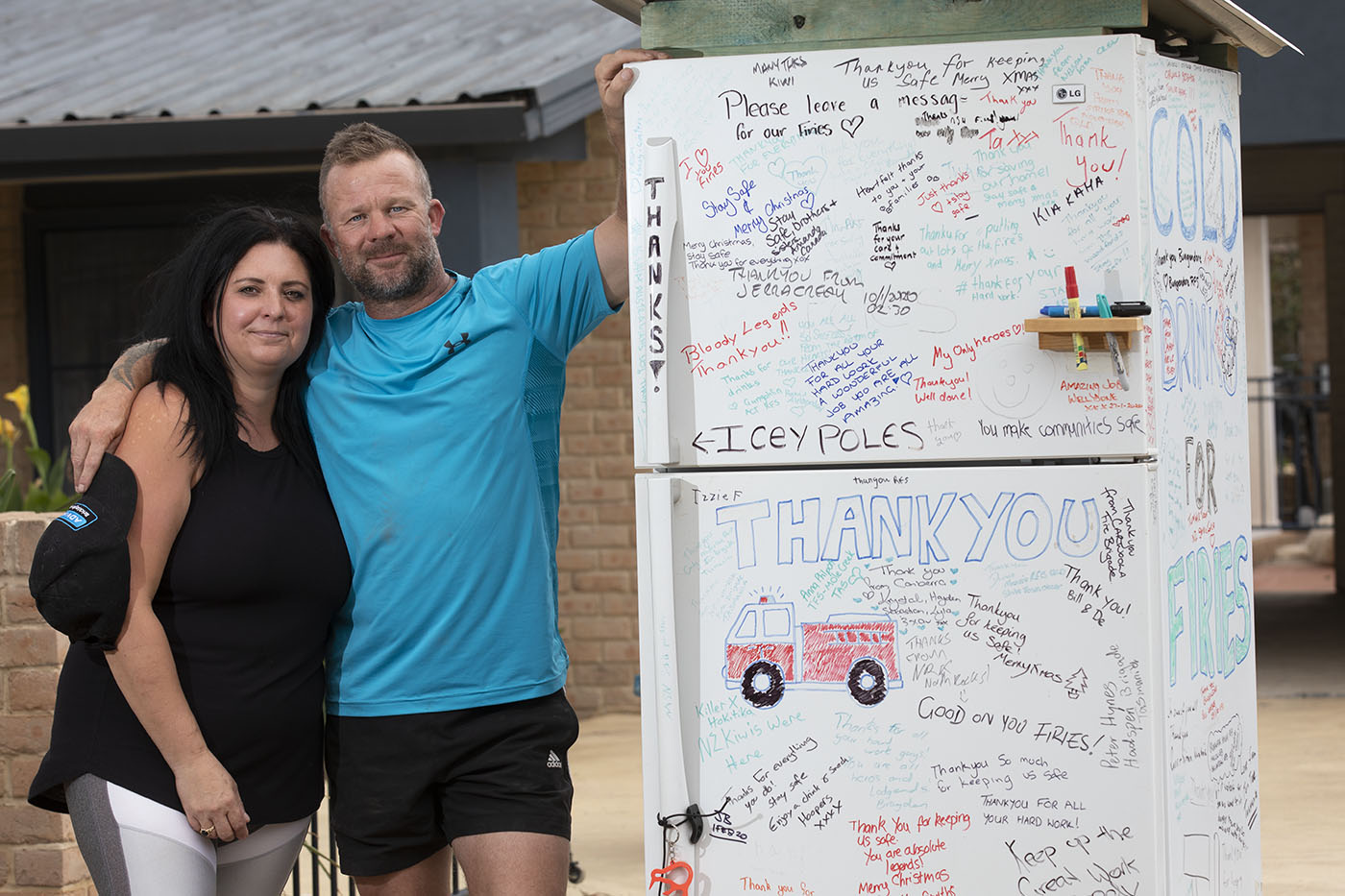 Claire and Scott Hooper with the Bungendore Fridge

In December 2019 Claire and Scott Hooper put a fridge outside their home on the Kings Highway at Bungendore in New South Wales. They filled it with icy poles, cold drinks and snacks for firefighters travelling to and from the nearby firegrounds.

Over the weeks that followed, other people added supplies and wrote messages of support on the fridge. Volunteer firefighters from across the country and around the world also left their marks.

The Bungendore Fridge symbolises the way Australians supported each other during the bushfire crisis in the summer of 2019–20. It is the first donation of what will be an ongoing collecting project around the bushfire season.

The Museum is collecting images, videos, objects and stories in the hope that we can begin to heal together through the power of storytelling and shared experiences.

You can also email curator@nma.gov.au or join the conversation by leaving a comment below.

Is this a defining moment in Australian history?

Will this be a defining moment in Australia’s history? The environmental, social and political conversation on our TV channels, across radio and the Internet, signal that we have reached a point in our history that calls for a reimagining of how we live on this continent of ever more powerful extremes. 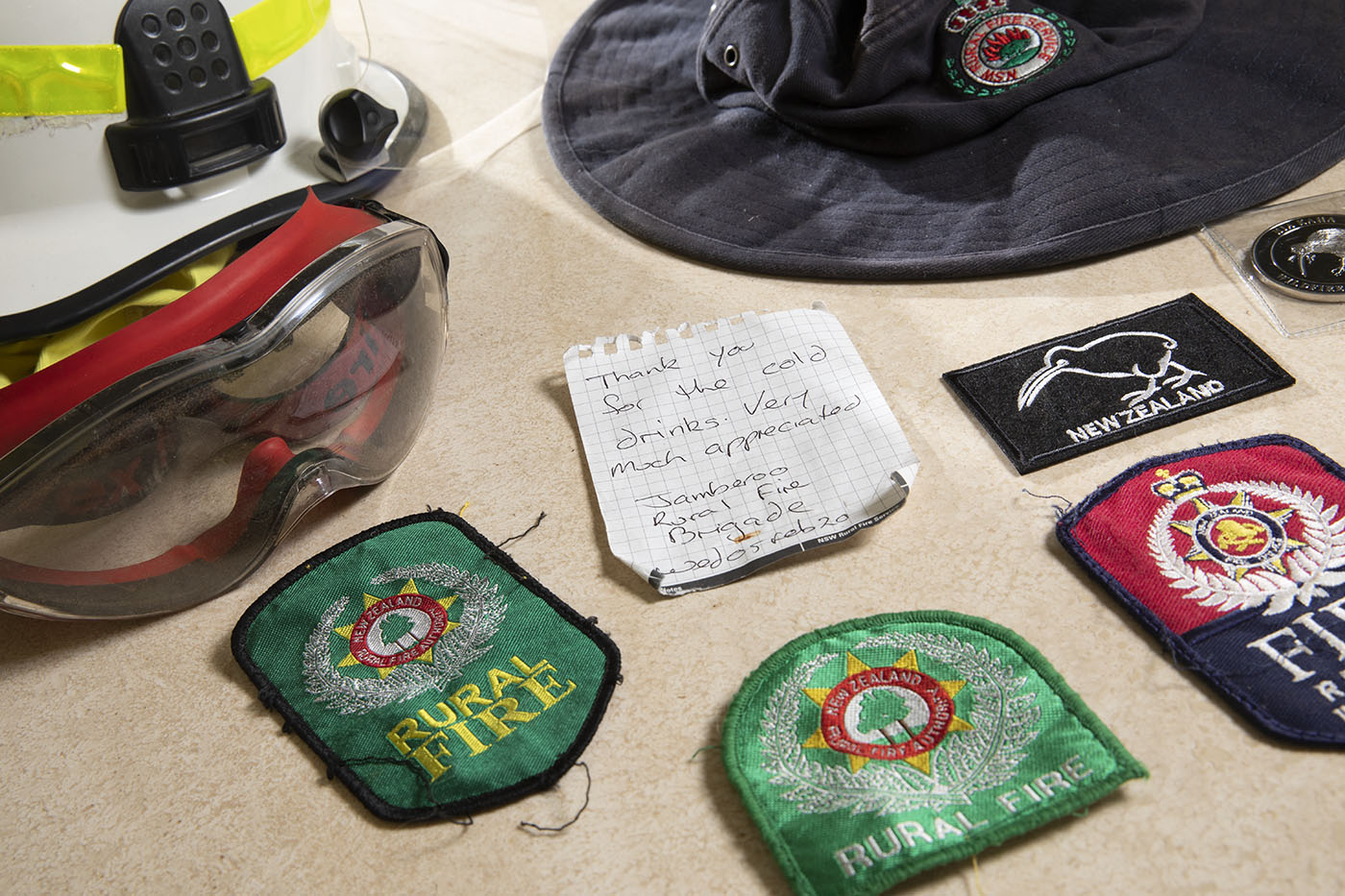 Fires ravaged parts of every state and territory across the country in 2019–20. New South Wales, Victoria and South Australia experienced the highest volume and impact.

Air quality indexes hit record highs as smoke travelled around the country, and across the globe, as a reminder of the harsh conditions experienced by Australians.

There was widespread devastation including the loss of human life, property, vast amounts of land including national parks, and over one billion animals.

Amidst the tragedy the nation also witnessed communities coming together to support one another and brave firefighters — many volunteers — protecting our lives, homes, and country. Rafts of donations and financial support emerged locally, nationally and internationally.

Nations across the world sent aid, including their own firefighters to support the Australian effort, some of whom lost their lives.

The Australian Defence Force mobilised to support emergency services and evacuations and the National Bushfire Recovery Agency was established as government action continues to evolve. Protests and collective activism intensified as a result of the fires.

As our atmosphere, land and oceans rapidly heat up, causing profound shifts in our climate and ecological systems, there is a growing sense that we will need to work together to grapple with new, highly complex problems. 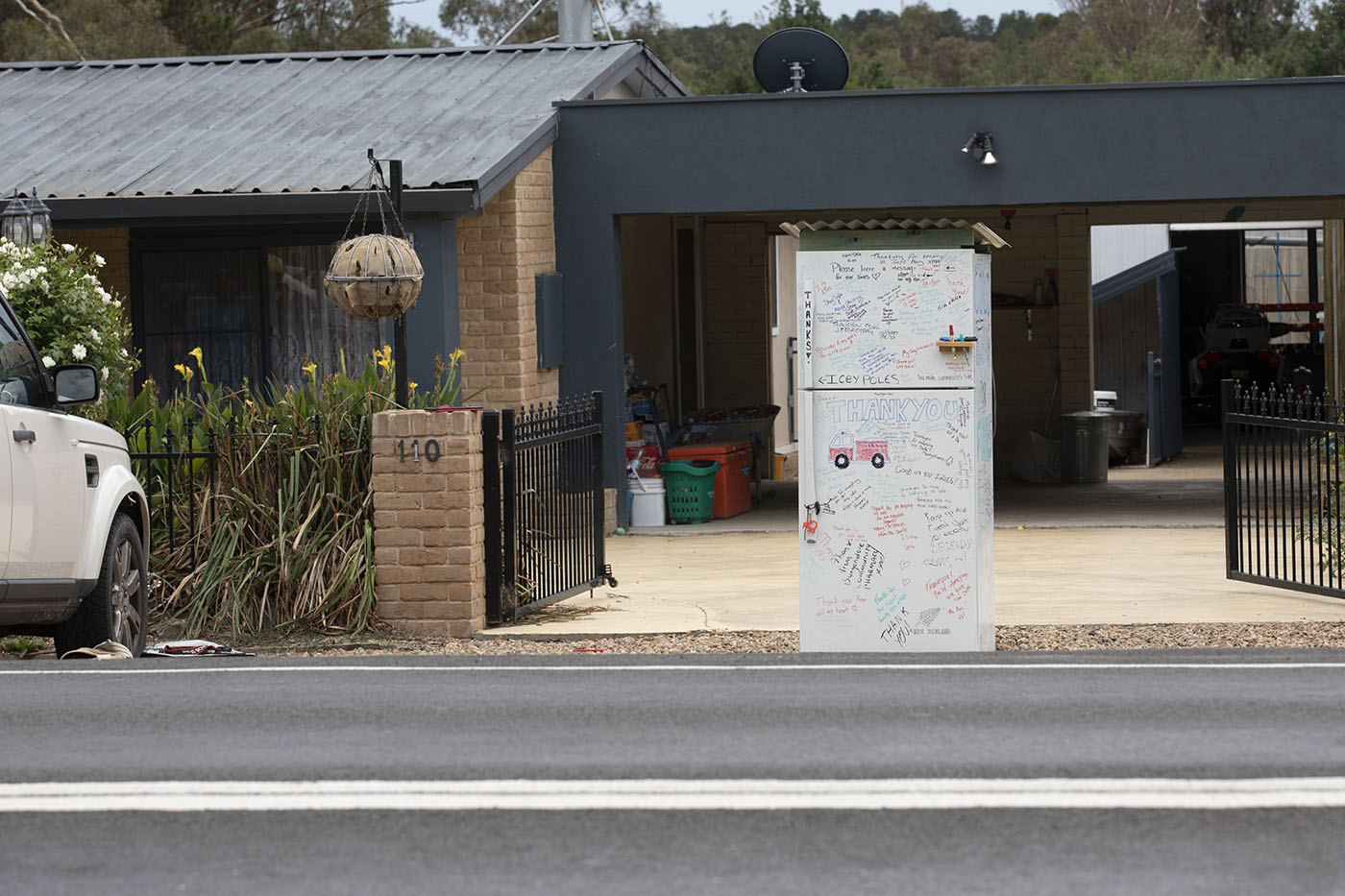 The Bungendore Fridge on the Kings Highway

Over recent weeks the Museum has been a refuge for many who were evacuated from towns on the east coast of Australia — a place to take a break from the outside world and a place to distract the kids from the events of the summer. This has been an important role of the Museum and we welcome those impacted by fires.

Another of the Museum’s roles is to work with Australian communities to document, collect, and share these moments to ensure an ongoing presence of such events in Australia’s collective memory. This helps us to learn from our history and build a future together.

As an institution that records and interprets the particular character of life on the Australian continent, the Museum is deeply engaged with the topic of fire.

Since its formation in 1980, the Museum has collected artworks, firesticks and many other Indigenous objects that reveal how fire is intertwined with the ancient human history of the continent.

The collection holds an array of objects that record how communities established by settler Australians have experienced, sometimes in horrific ways, the powers of fire.

In 2021, our new gallery of environmental history will consider how, in a warming world, the ever-increasing risk of catastrophic fire is sparking a revival of Indigenous fire practices. The gallery will include objects that we are collecting now, in collaboration with Australian communities, to help tell the story of the 2019–20 bushfire season.