Warakurna: All the Stories Got into our Minds and Eyes

The Warakurna community lies near the foot of the spectacular Rawlinson Range, 300 kilometres west of Uluru (Ayers Rock).

This Western Desert community is situated near the meeting of the borders of Western Australia, South Australia and the Northern Territory.

About 180 people live in Warakurna. The community has a long history of artistic expression and Warakurna Artists is a thriving art centre at the heart of the community.

Ngaanyatjarra language and the Yarnangu people

The people of Warakurna speak Ngaanyatjarra as their first language and refer to themselves as ‘Yarnangu’.

Ngaanyatjarra is a language from the Western Desert, a broad area that stretches across the Western Australian interior, western South Australia and the south-west corner of the Northern Territory.

Warakurna and the Western Desert

Ngaanyatjarra people have strong ties with neighbouring Western Desert groups, including the Pintupi and Pitjantjatjara, who speak dialects of the same language and have a similar contact history.

Western Desert people were among the last Aboriginal people in Australia to have contact with Europeans. In the Warakurna area, contact between Yarnangu and Europeans was sporadic until the 1950s.

Warakurna artists Eunice Porter and Judith Chambers, in Canberra for the official launch of the exhibition, explain the 'pukulpa' or happiness derived from sharing stories, culture and paintings with their children and the broader community.

These works show travels and ceremony, bush camps and life at the Warburton mission.

Recorded at the National Museum in December 2012

Warakurna artists have developed a distinctive painting style using figurative elements combined with more traditional forms of Western Desert art. Their approach to their art and storytelling is dynamic and innovative, employing a variety of media. Like the paintings, the tjanpi and purnu sculptures make a vital contribution to the life and economy of Western Desert communities.

Meet some of the Warakurna artists and explore their works 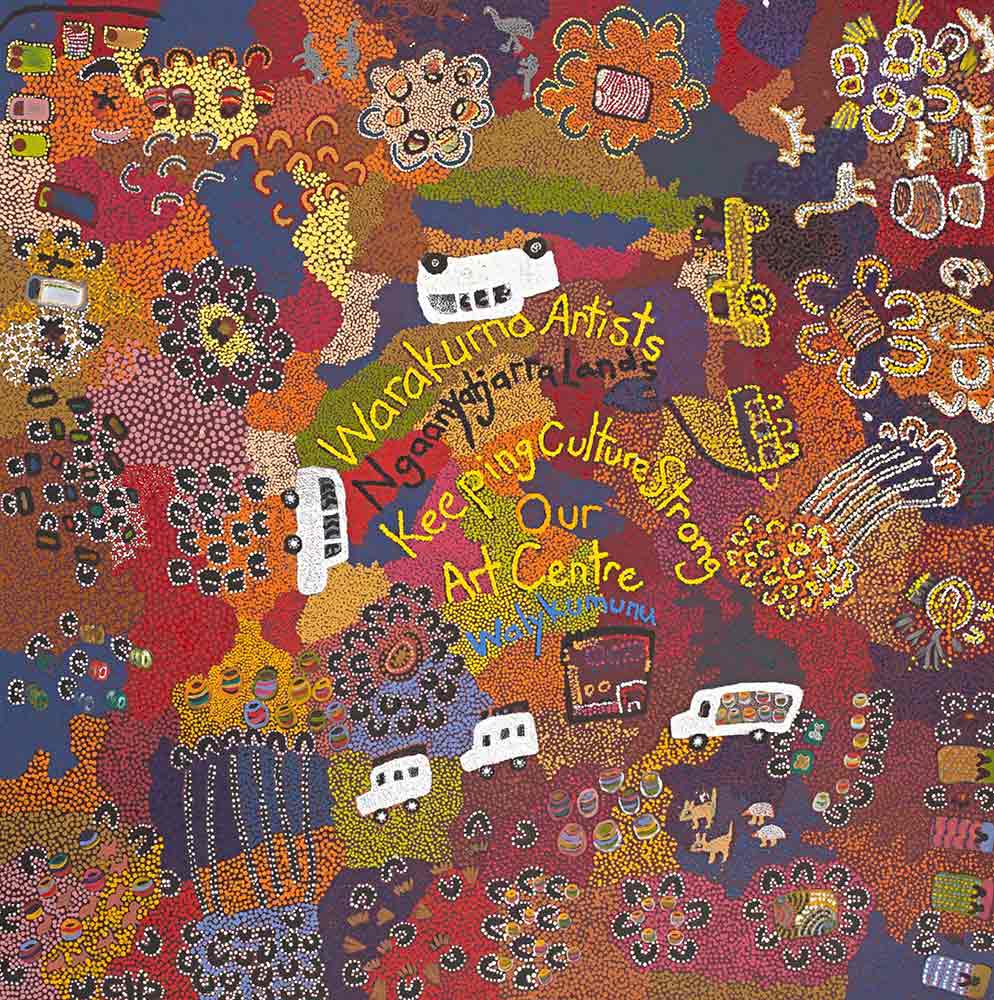 1900 An unknown number of Yarnangu, including the grandparents of people alive today, are murdered by a prospecting party led by Henry Hill.

1960s Patrol officers based at Giles are instructed to clear any remaining Yarnangu living under the flight path of missiles launched from Woomera, South Australia, and take them to Warburton mission and other settlements.

1968 Due to overcrowding at Warburton mission, Yarnangu with ties to the Warakurna area are moved to Docker River settlement, 80 kilometres east of Warakurna.

1973 Yarnangu meet with the Department of Aboriginal Affairs to discuss the setting up of outstation communities on their land.

1974 A number of families move to the Warakurna area to set up their own homeland community.

1995 The first tjanpi (grass) basket weaving workshops are held in the Ngaanyatjarra lands.

2000 Warakurna women perform at the Opening Ceremony for the 2000 Olympic Games.

2004 Warakurna Artists is established as an art centre owned and governed by Yarnangu. 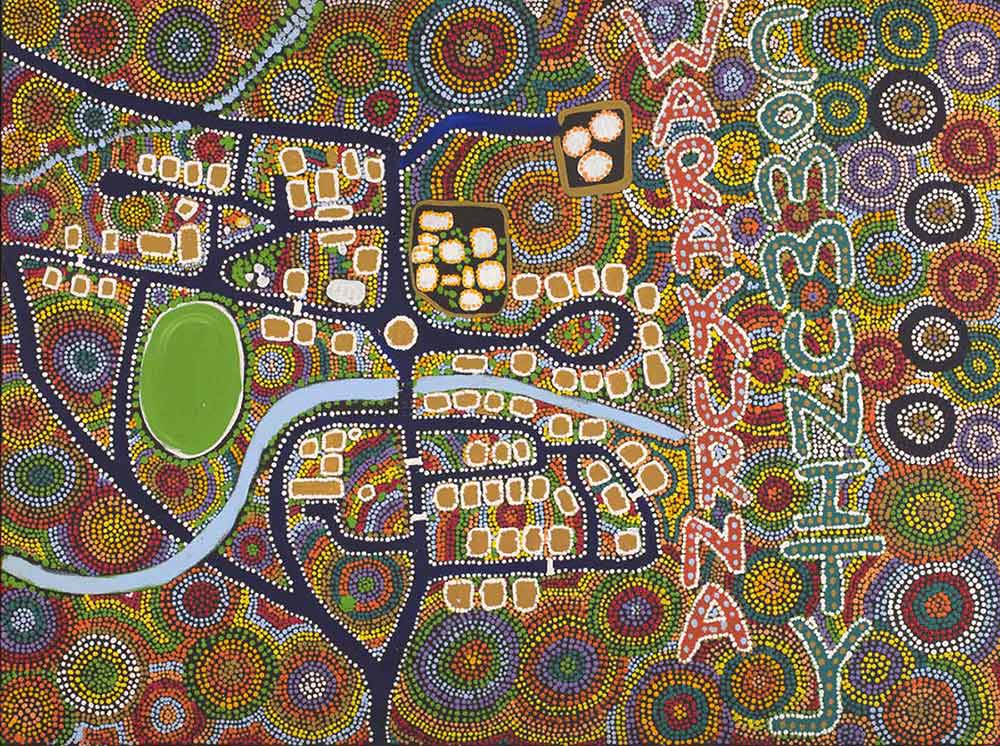