Putting history in its place

The First Nations people of Australia’s Western Desert have lived in their homelands for thousands of years. In the late 19th and early 20th centuries, the expansion of the Western Australian mining and pastoral industries led to the surveying of a track along which cattle could be moved from stations in the Kimberley to markets in the south.

This 1850-kilometre track became known as the Canning Stock Route, after Alfred Canning who surveyed the route in 1906. The route comprised 48 wells spaced at intervals of no more than one day's walk apart.

It cut through the lands of many different language groups, including the Martu, Wangkajungka and Walmajarri, who feature strongly in this exhibition. Similar stock routes were established across Aboriginal lands throughout Australia. 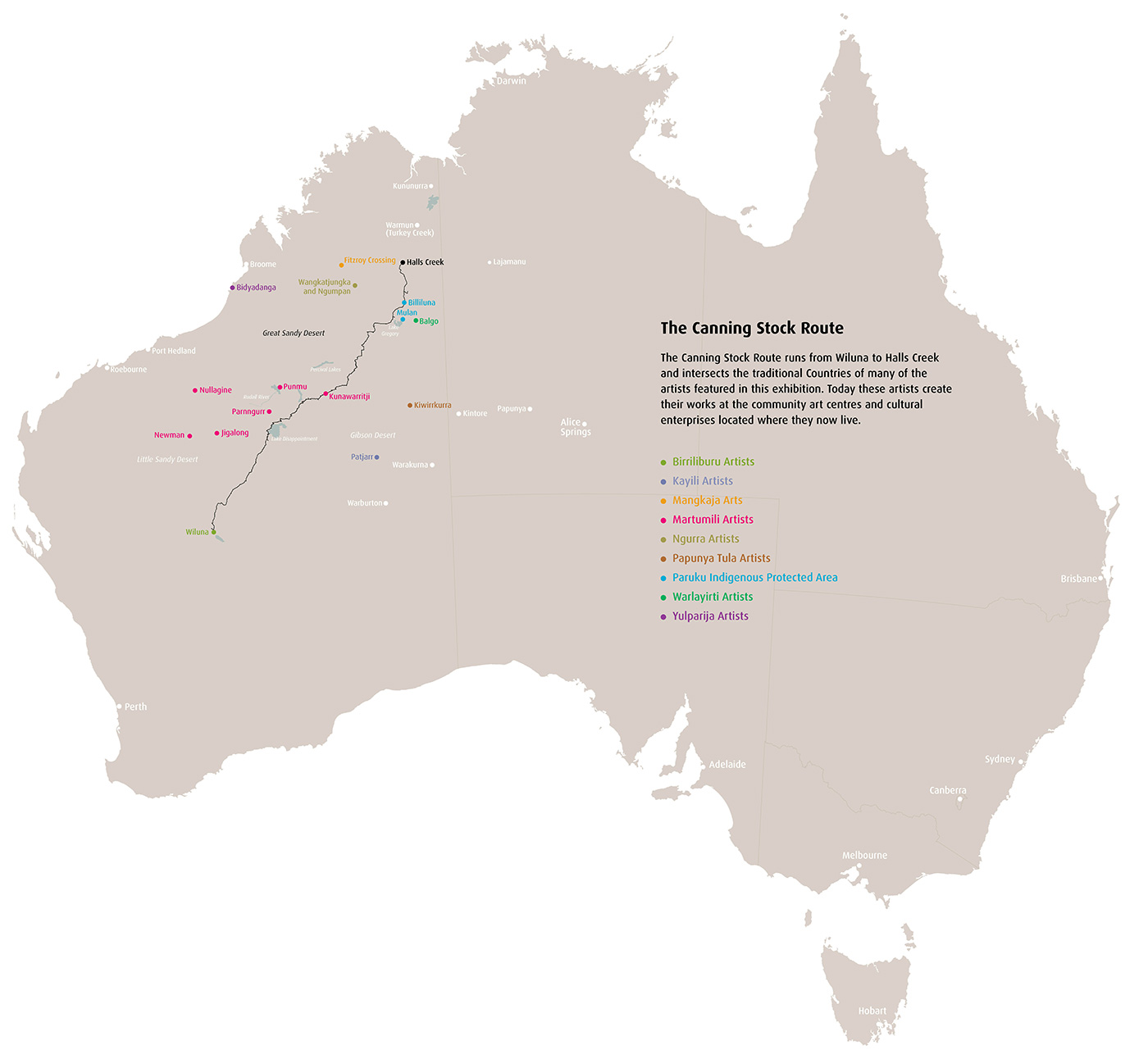 Timeline of the Canning Stock Route

Royal commission into the treatment of Aboriginal people by Canning’s party.

Shoesmith, Thompson and ‘Chinaman’, the first drovers down the Canning, killed by Aboriginal people near Well 37.

Sergeant Pilmer leads a ‘punitive expedition’ to bring the killers to justice; he kills at least 10 Aboriginal people along the stock route.

The route is reconditioned and a new era of droving follows.

About 23 droves of cattle occur from the Kimberley to Wiluna.

Owing to changes in the way cattle are transported to market, the Canning Stock Route closes as a working stock route.

A hundred years after Canning opened the stock route, Aboriginal artists from across Western Australia return to their traditional Country to paint and narrate their versions of that history.

History in its place

In many cultures, history is about events over time. We often use timelines to help tell a story about the sequence of events.

For the people of the Western Desert, however, stories about the past are defined not by time but by place – the specific location or Country in which the events occurred. These are the places where history happened. For the people who belong to this Country, history is never past, but lives on in the land today, kept alive through oral and artistic traditions.

The paintings in this exhibition explored the history of the Canning Stock Route through the stories of the Country that it cut across. They put history in its place.