The Royal Society's role in the exploration of the Pacific and the early colonisation of Australia left a considerable legacy, both in terms of the practical settlement of the east coast and the early scientific work undertaken in the colony.

At the same time, it provided a model for the establishment of local scholarly communities, with many of the colonies establishing their own royal societies devoted to the pursuit of learning and the acquisition of knowledge. But, ultimately, it was by founding the Australian Academy of Science in 1954 that the Australian Fellows of the Royal Society brought about a considerable change in the nation's scholarly life.

This academy has, in effect, become the Australian counterpart of the Royal Society – the peak body that seeks to honour and promote excellence and achievement in scientific endeavour. 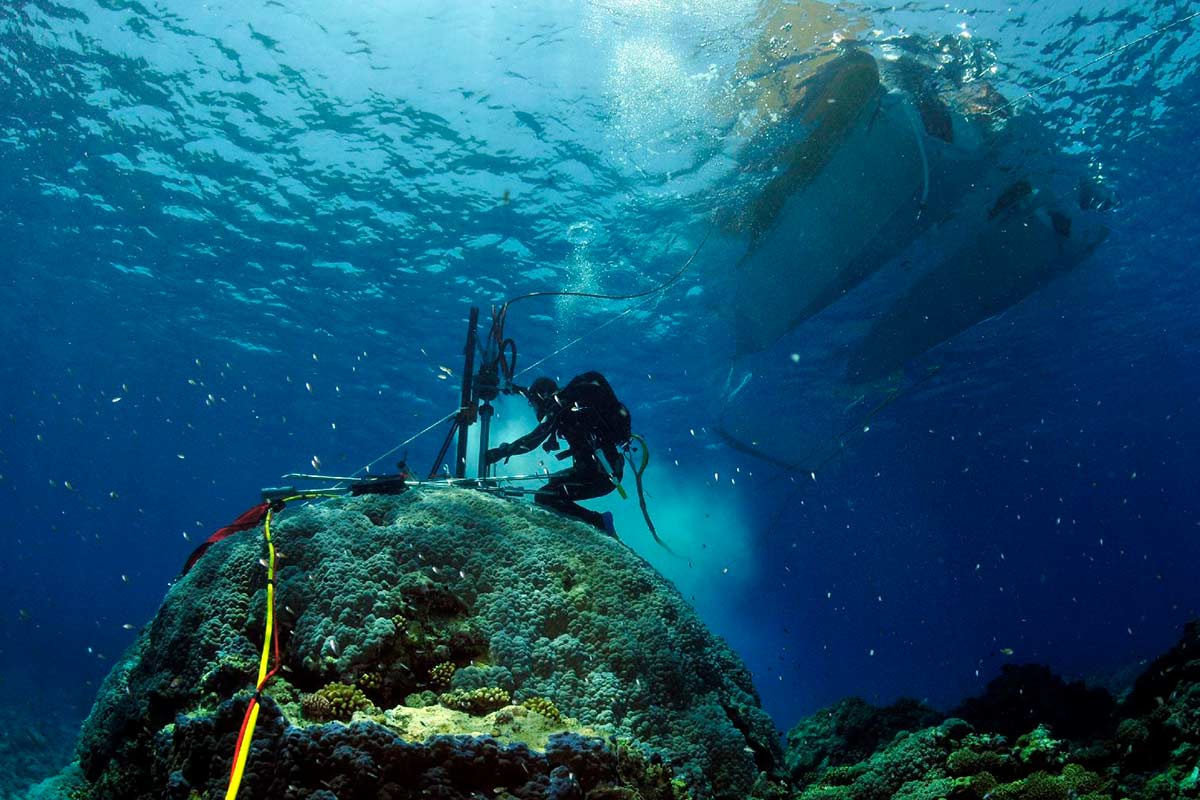 In the exhibition, a coral core sample from the Flinders Reef in the Coral Sea was included to represent the enduring scientific legacy of the Royal Society in this country.

Provided by the Australian Institute of Marine Science, the core sample showed the state of the climate at the time of the early voyages of discovery in Australian waters, soon after Willem de Vlamingh documented parts of the Western Australian coast, through the 18th century, when James Cook sailed to Australia's north on his return to Britain, and into the 19th century, building on the breadth and significance of the Royal Society's seminal role in the promotion of scientific exploration and discovery in the South Seas.