It was at Kamay (Botany Bay) that James Cook first set foot on the Australian continent. His landing was challenged by two men, from the Gweagal clan of the Dharawal nation, standing on the beach.

For many Australians, this is one of Australia’s foundational moments in history. The famous landing story has echoed through our schoolrooms and history books.

Until now, the perspectives of First Australians, and the Gamayngal people of this area, have been largely missing. The Museum has worked closely with the Gujaga Foundation and the La Perouse Local Aboriginal Land Council in telling this story here.

Kamay (Botany Bay) provided Gamayngal (Aboriginal people belonging to Botany Bay) the resources needed to thrive for many generations. Produced by the ABC in partnership with the National Museum of Australia. View transcript

A landing party led by James Cook headed for the shore in longboats. They were met by two men on the beach. The visitors signalled their intention to land, waving and throwing trinkets.

I thout that they beckon’d to us to come a shore but in this we were mistaken for as soon as we put the boat in they again came to oppose us.

The two warriors threw stones and spears at them. Obviously the spears didn’t hit them because they were only meant to scare them away.

Cook then loaded a musket with small shot and fired between the men. Cook fired twice more, wounding one of the men, before they left and he was at last able to land.

For the Dharawal community the spears taken in 1770 remain powerful objects; strongly connected to those made by Dharawal makers today.

Learn about the spears

Reflecting on the past

Senior Dharawal people share stories that have been handed down through their families, about the arrival of the Endeavour, what it might have meant to their people, and the moment of Cook’s landing.

The arrival of Cook and the Endeavour 04:25

Stories of our place

Explore Dharawal Dreaming stories that informed how people in Kamay interpreted the arrival of Cook and the Endeavour.

On 29 April 1770, the HMB Endeavour anchored in Kamay (Botany Bay). The crew spent the next eight days and nights replenishing their supplies, collecting plants and attempting to interact with the local people.

The voyagers recorded these events in their journals. Aboriginal people from Kamay offer their perspectives on these events.

Eight Days and Nights at Kamay was created in collaboration with the La Perouse Aboriginal community and animation specialists, The Sequence Group. This animation has no sound. View transcript

For the most part, the local people ignored or avoided Cook and his men over the eight days and nights in Kamay. Despite the many attempts to establish a connection or to invite trade, the gifts that the crew left behind were declined.

In Dharawal culture, contact with strangers or spirits from the afterlife caused spiritual consequences and was mostly avoided by the general community. 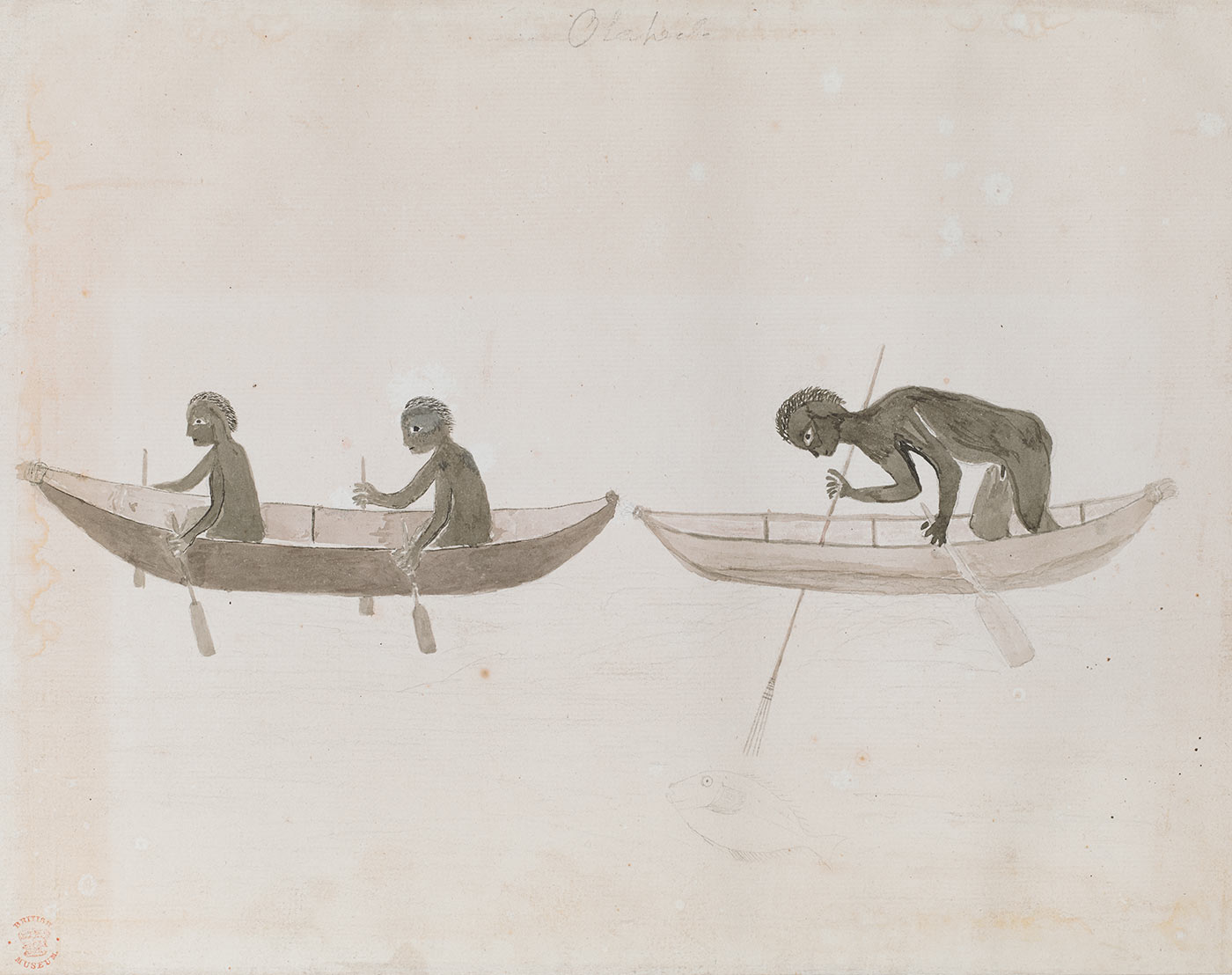 The crew of the Endeavour were baffled as to why they were not acknowledged.

These people seemd to be totaly engag’d in what they were about: the ship passd within a quarter of a mile of them and yet they scarce lifted their eyes from their employment; I was almost inclind to think that attentive to their business and deafned by the noise of the surf they neither saw nor heard her go past them.

Settling on a name Learn about the names Cook gave to the bay where the Endeavour anchored on 29 April 1770.
Extraordinary plants Explore Indigenous and European knowledge of plants and learn about the Dreaming story of the gymea lily.
After 1770 Hear about the ancestors of today’s La Perouse Aboriginal community.

Telling our stories our way

Telling our stories our way