This knowledge is still here

The first peoples of the Cobourg Peninsula, west Arnhem Land, have lived and thrived for millennia in their country of beaches, wetlands, grassland and forest. In the early 19th century they witnessed two unsuccessful attempts to establish a British colony in northern Australia: at Fort Wellington, which lasted only two years, and at Port Essington, which failed in 1849 after 11 years.

1840s – it doesn’t seem like long ago but people’s world changed considerably once they met the first British that came here, and their world would change, their lives would change.

The bark painting opposite, the artawirr (didgeridoo) below and a marruny (basket) on display in Encounters, collected from Port Essington from the 1840s onwards, still have meaning for the people of the Cobourg Peninsula today.

This bark painting and the didgeridoo were collected for the Royal Navy’s Haslar Hospital Museum near Portsmouth, England. Established in the 1820s, Haslar displayed material from around the world, acquired during naval voyages. 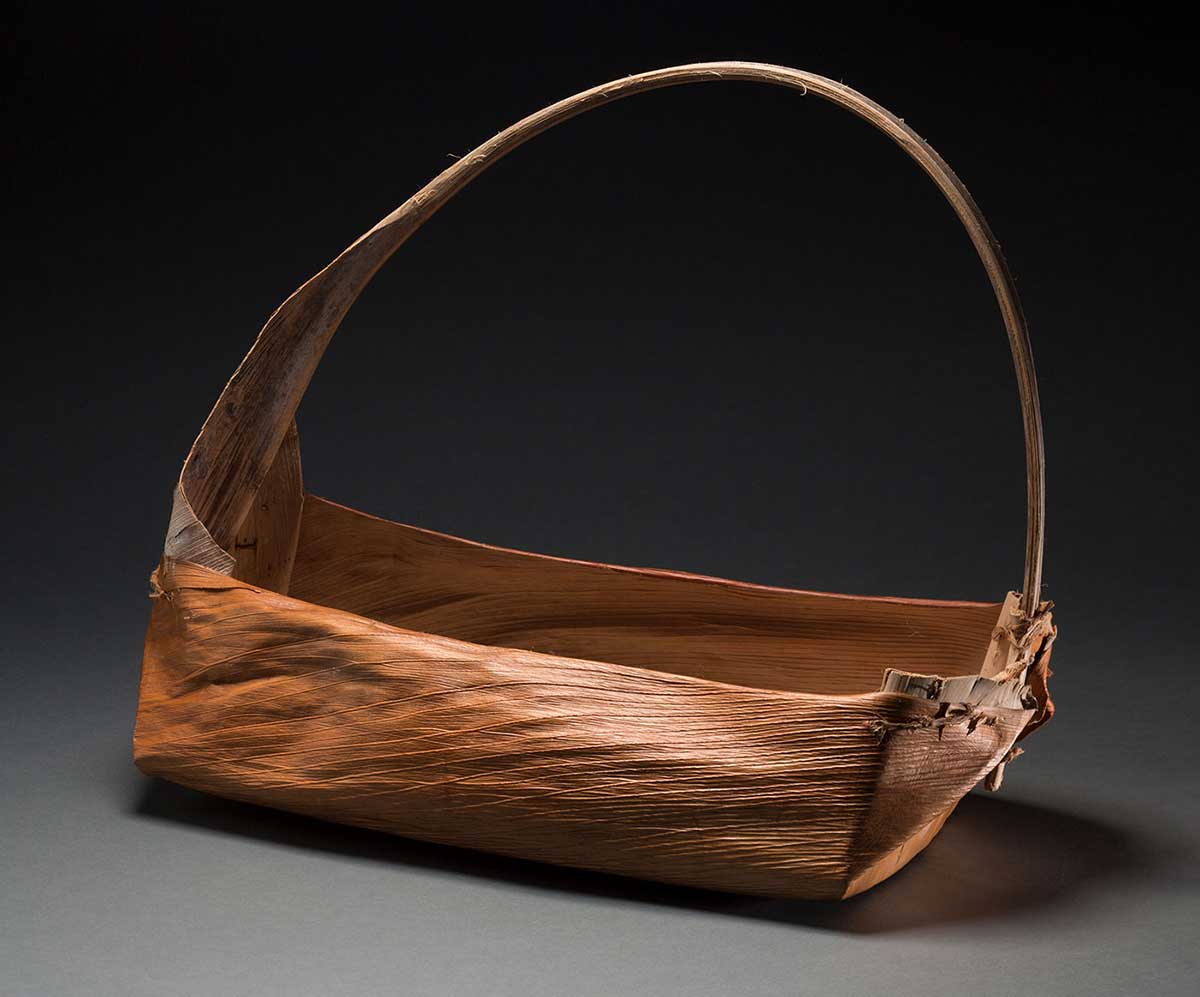 That [palm-leaf basket] was from the 1800s. Now, in the new millennium, Nana is showing me how to make [a new one]. I love helping Nana because she is the last one for us ... I’m proud of her teaching me, so I can teach my mob.

Today we are lucky we are getting this material back to look at, but you have to listen to both versions, the Indigenous version of our history and the non-Indigenous version. They are both telling the truth but they are not the same story.