The Australian coastline stretches over a distance of more than 36,000 kilometres. Aboriginal people used the beach as a source of food and enjoyment, and early reports mention them swimming and fishing along the coast. 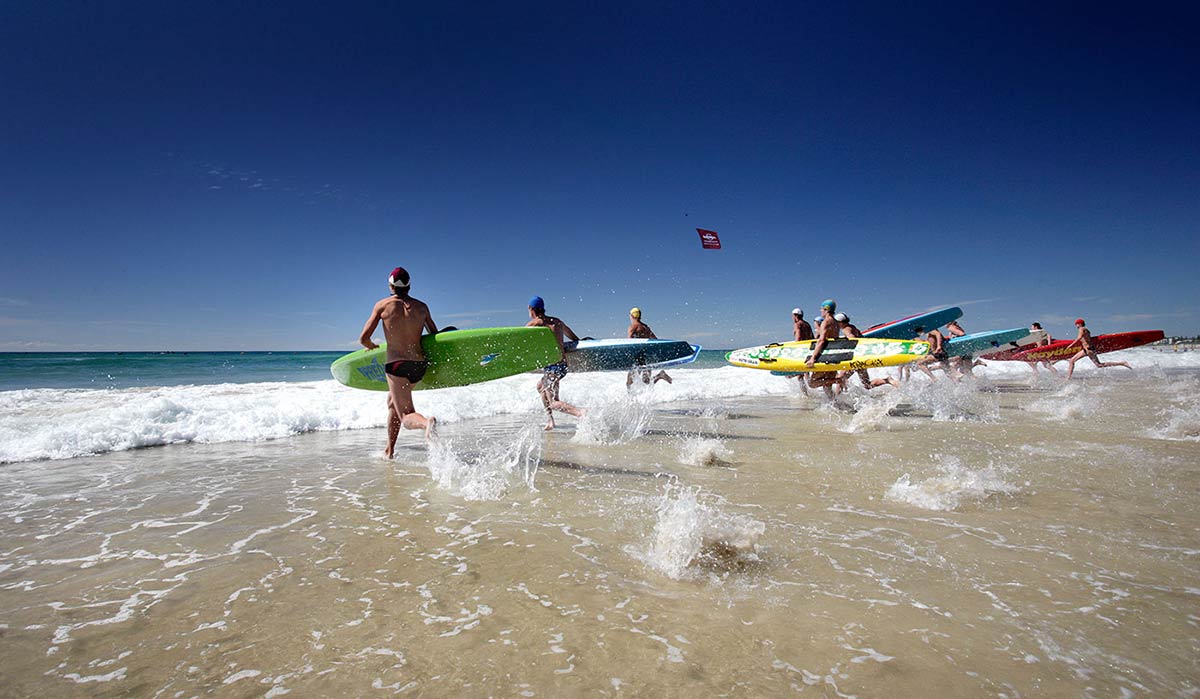 The first British settlers were less enthusiastic. The ocean was a reminder of the long and dangerous voyage that separated them from home. Instead, they kept to the calm waters of rivers, bays and harbours.

As cities grew, becoming congested and polluted, doctors prescribed sea air and salt water for good health. Seaside resorts appeared around the country and, by the early 20th century, Australians had discovered the joys of the beach.

The beach has come to symbolise the Australian way of life – pleasure, freedom, independence and enjoyment.

None of those who have ever enjoyed the delight of swimming in the surf, battling with big waves, or riding triumphantly down the breakers will ever be content to forego it, or to take to swimming in smooth water again if they can get to the surf and the breakers.

A day at the beach

In the 19th-century concerns about decency and morality led to laws banning swimming in daylight hours. In 1902 William Gocher advertised that he would swim at Manly in Sydney in protest against the law. He was not arrested. Similar protests occurred at other beaches but police were reluctant to arrest the bathers as long as they were decently clothed.

Improved public transport made beaches more accessible while reduced working hours meant people had more leisure time. Anyone with the fare could spend the day at St Kilda, Bondi, Redcliffe, Glenelg, or Cottesloe. A day at the beach became a popular activity. 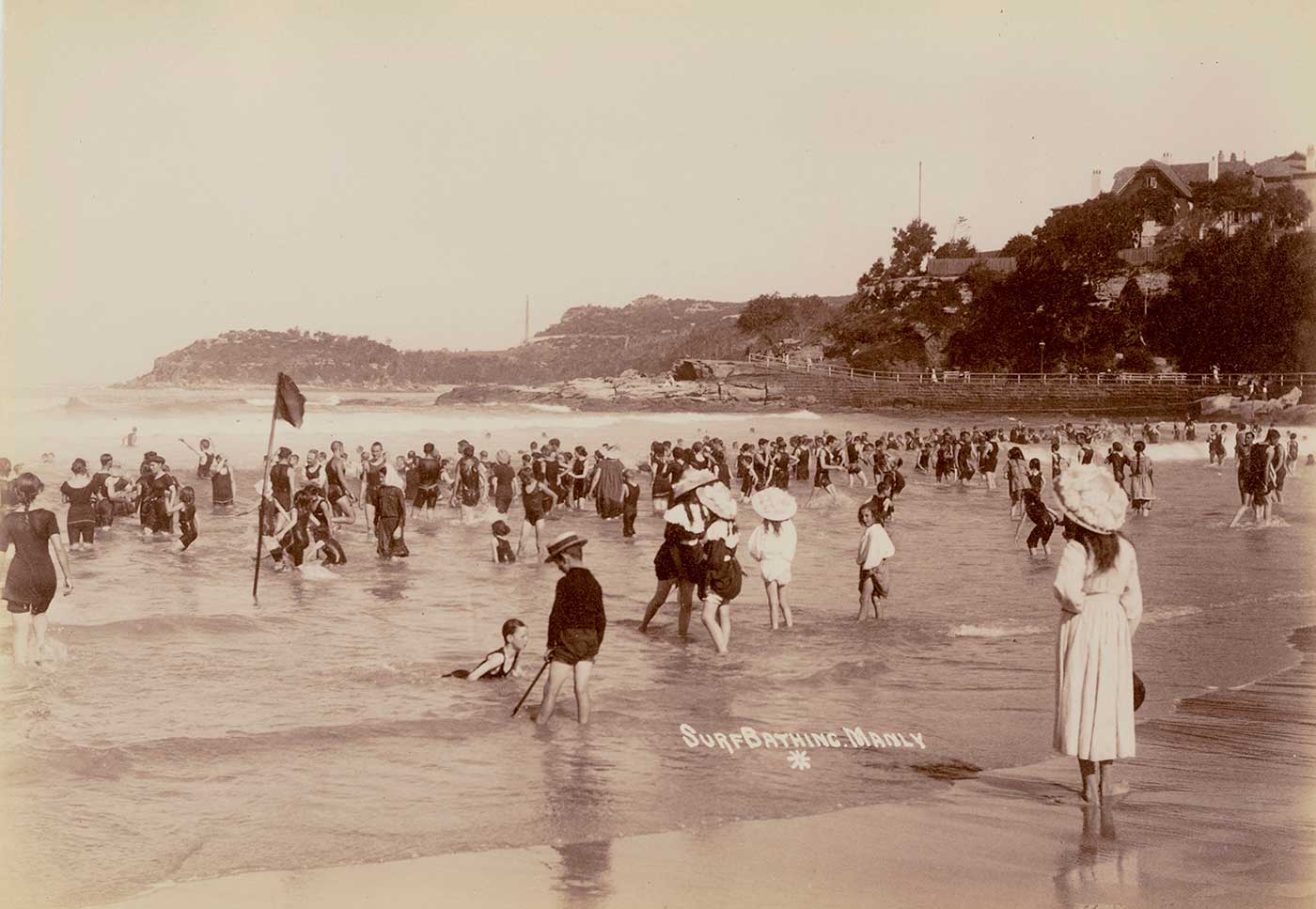 Swimwear first appeared in the early 20th century. Before then, many people swam in their underwear or wore nothing at all. Neck-to-knee suits made of cotton or wool became standard for both men and women. Since the 1940s swimsuits have reflected broader fashion trends.

Following the introduction of the bikini in the 1950s, they became more revealing. Awareness of skin cancer now encourages people to cover up on the beach. Today’s sunsuit looks very similar to the neck-to-knee of 100 years ago.

Hawaiian Duke Kahanamoku introduced surfing to Australia at Freshwater Beach in Sydney in 1915. Surfboards were made of Californian redwood and later of hollow ply. They were heavy, difficult to ride and dangerous.

In contrast, bodysurfing did not require any equipment and was much more popular than boardriding. When American lifesavers brought lighter Malibu boards to Australia in 1956, surfing’s popularity grew. Shorter, lighter and more manoeuvrable surfboards allowed more powerful and creative techniques.

Many dangers lurk offshore. A rip is a body of water moving out to sea. After waves break on the shore the water recedes, creating a channel that can drag swimmers into deep water.

Sharks might be frightening but are a relatively minor threat. In the last 50 years, there have been only 60 deaths from shark attack. There are two to three deaths every year from bee stings.

Bells such as this were once standard equipment on Sydney beaches. When a shark was spotted, the bell was rung to warn swimmers. If someone was drowning, ringing the bell alerted nearby lifesavers.

This bell, bought from a ship-breaker’s yard by Henry Gibbins, was used at Bronte Beach. Years later it was returned to the Gibbins family who kept it on their farm in Mudgee, New South Wales – a long way from the ocean and sharks. It was handed over to Bronte Surf Life Saving Club in 2003.

More on Between the Flags