An Aboriginal Culinary Journey: Designed for Living is an exhibition of objects from the National Museum of Australia's collection alongside a newly commissioned range of appliances featuring stunning designs from contemporary artists.

An Aboriginal Culinary Journey debuted at the National Museum in Canberra in 2022 and is now on show at:

The exhibition is a partnership between First Nations peoples, Breville (known as Sage in the United Kingdom and Europe) and the National Museum of Australia, producing objects for the heart of the home that celebrates contemporary design and reflects 65,000 years of ongoing Indigenous culture.

Breville is donating 100 per cent of its profits from the collection to the National Indigenous Culinary Institute of Australia, Indi Kindi by the Moriarty Foundation and other initiatives supporting the creation of opportunities for Aboriginal and Torres Strait Islander people.

Introduction to an Aboriginal Culinary Journey 2:32

We’re applying a story and meaning to the objects that people use every day.

For some 2,000 generations Australian Aboriginal people have been gathering around campfires to prepare and cook food. They have used various tools and appliances. These include boomerangs for bringing down game, coolamons for collecting bulbs, grains and small game. Fire sticks were used to light fires for cooking, and containers were made from bark or seaweed (kelp) to carry water, while grinding stones were used to make bread from seeds and to crush berries and other plants. 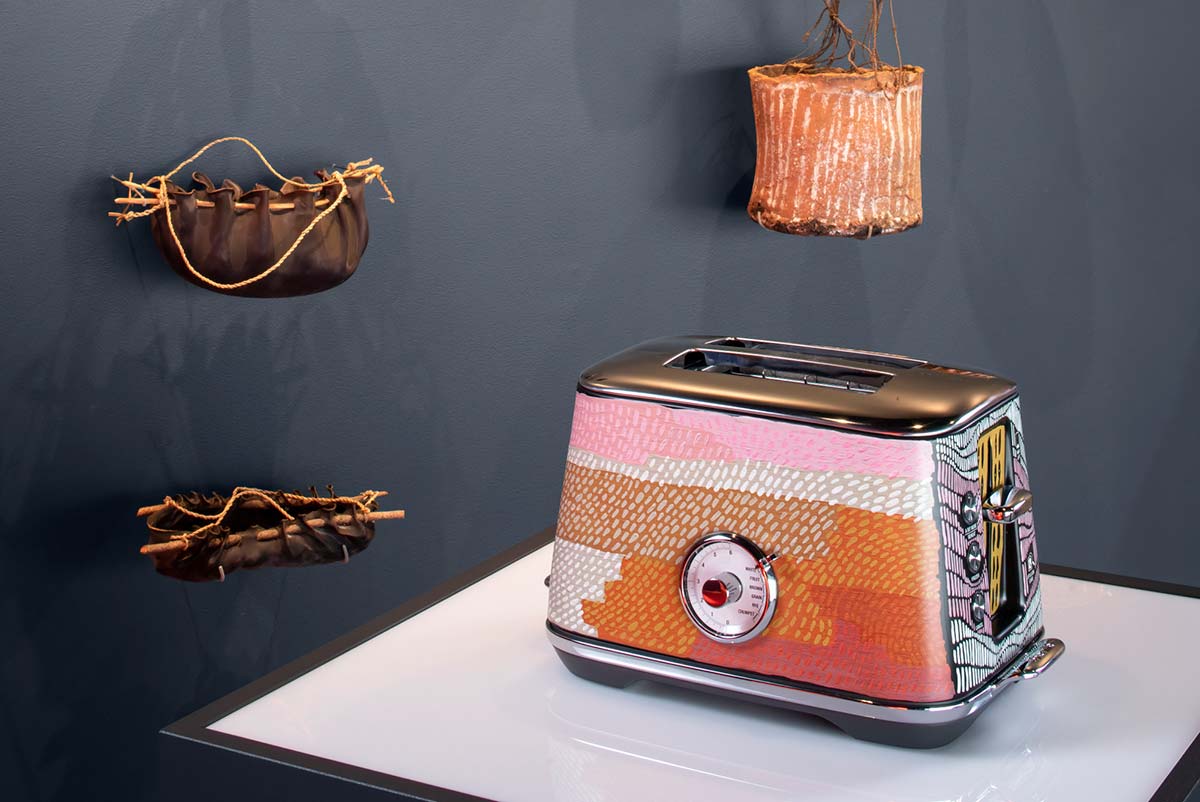 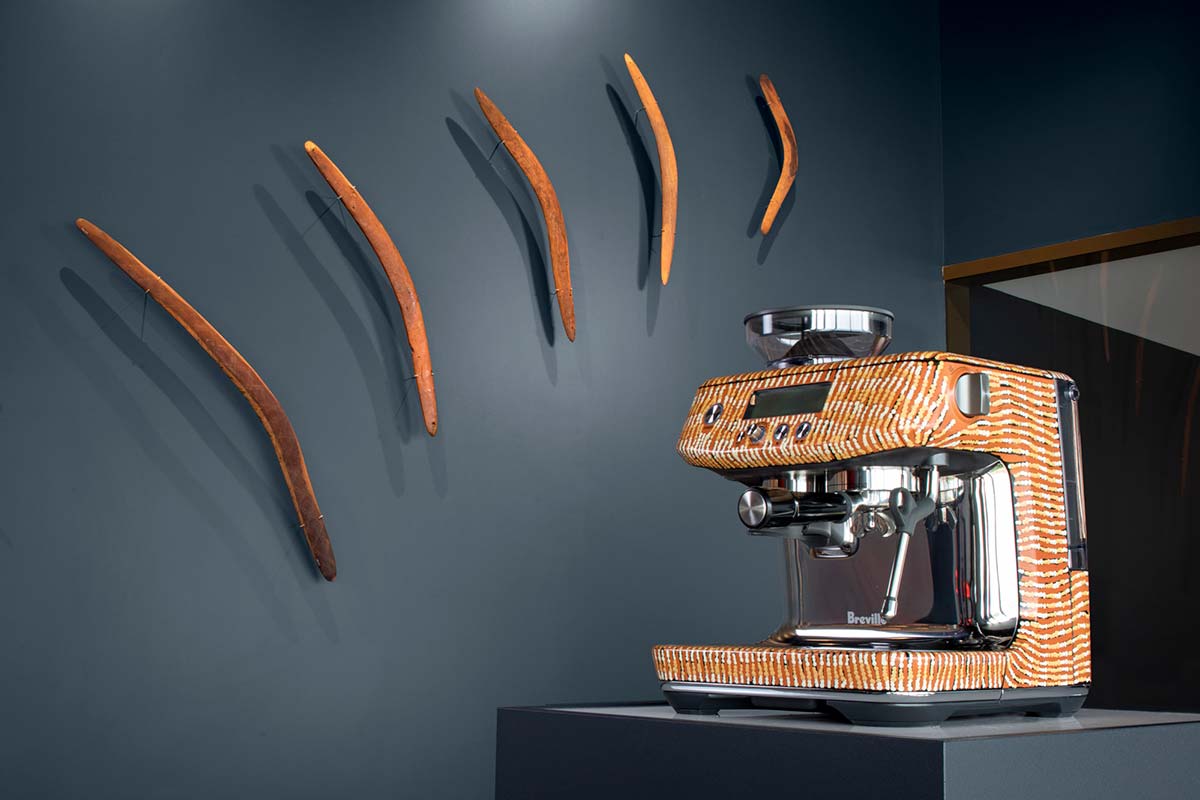 Today Aboriginal people, like most Australians, like to stock up on labour-saving devices, which have largely replaced traditional tools. But their purpose remains the same. People still gather in kitchens to toast their breads, grind their coffee beans, and prepare refreshments for family and friends. These modern hearths and ‘campfires’ are also where different cultures meet.

Wrapped in Country, these once ordinary appliances have become cultural ambassadors, not unlike the Aboriginal paintings that adorn the walls of people’s homes. They act like doorways to Indigenous knowledges, giving insights into our continuing connection to Country.

Dr Mathew Trinca AM, Director of the National Museum of Australia:

Partnerships strengthen and broaden the work of the Museum. We are delighted to partner with Breville and Sage on an Aboriginal Culinary Journey, a project that shares Australia’s 65,000 years of Indigenous culture in a modern-day context.

Living in the heart of people's homes these once ordinary appliances, now wrapped in Country, become cultural ambassadors.

Still from Women’s ceremonies at Marrapinti, performed by the Pintupi people of Western Australia, filmed by Alison Page

Read the Museum's media release on an Aboriginal Culinary Journey

This international exhibition is presented in partnership with the Australian Government Department of Foreign Affairs and Trade.

An Aboriginal Culinary Journey was also on show at: