The role of the State Emergency Service (SES) in protecting all Australians takes centre stage today as the National Museum of Australia in Canberra announces it will take an SES uniform into its collection for the first time and launch a new website inviting the public to share their bushfire and COVID-19 experiences.

In a year dominated by bushfires and the pandemic, the National Museum is recognising the crucial role of SES volunteers by taking its first New South Wales SES uniform into the collection. 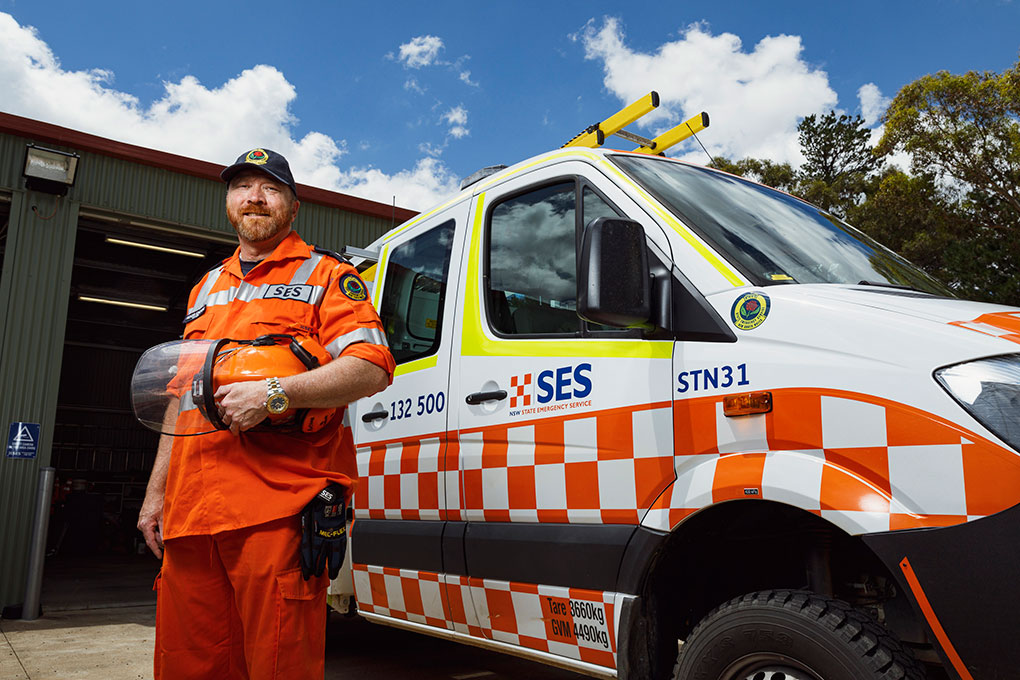 The distinctive orange pants and jacket with reflective strips were worn by NSW SES Sutton Unit Commander, Anthorr Nomchong over the 2019–2020 bushfire season. A resident of the NSW regional town of Queanbeyan and an NSW SES volunteer for over 12 years, Mr Nomchong wore the uniform as part of the SES’s critical logistical and communications support of the NSW Rural Fire Service’s efforts to fight the fires.

During last season’s devastating bushfires, the NSW SES provided assistance in the form of over 93,800 volunteer hours, which included clearing burnt trees for evacuation routes and logistical support.

The acquisition coincides with today’s launch of a new Museum website, Momentous, an online project that invites Australians to share their stories and experiences of the bushfires and the pandemic, to create an online record of these significant moments in the nation’s recent history.

'Last summer’s bushfires have forever changed the way we think of the land in which we live and we are so grateful for the role our NSW SES volunteers played and continue to play, in supporting all Australians in times of crisis,' said National Museum curator Craig Middleton.

'We are so pleased to take the NSW SES uniform into the collection as a way of honouring the volunteers who gave so generously last summer and who will continue to be there for us in times of need in the future.'

NSW SES Commissioner Carlene York expressed the importance of the NSW SES uniform being acquired by the National Museum of Australia.

Anthorr’s donation of his orange uniform is a fine example of volunteerism. Giving and helping in times of need epitomises the volunteering spirit.

'This is an exciting day for the NSW SES as Anthorr’s contribution is the first item to be acquired by the National Museum of Australia from any SES from across the country,' said Commissioner York.

'It is a privilege to be donating my NSW SES uniform to the National Museum of Australia. Being an NSW SES volunteer means helping people during the worst times of their lives, and the bushfires of last summer definitely reflected that. This is a moment in time which needs to be recorded in Australian history,' said Mr Nomchong.

'I’m a proud Australian and protecting the community is part of my ancestry, on one side of my family was a marine from the First Fleet and on the other a Chinese merchant from the goldfields around Braidwood. I have had relatives that fought in both world wars and I like to think that in the finest traditions of the ANZACs as a NSW SES volunteer, I’ve been there for my mates in their time of need.

'As well as assisting the NSW RFS during the terrible fire season, the state of NSW has also experienced flooding and severe storms this year where I responded to the last three east coast lows and provided support for the recent hail storms in Queensland.'

The 2019–20 bushfire season was the longest and most intense experienced in Australia’s history. Before the fire season ended, the first case of COVID-19 was recorded in Australia, on 25 January 2020. Both events will be reflected in the new Momentous online project.

'Momentous is about collecting and sharing human experiences of these recent events that have profoundly impacted our lives,' said Mr Middleton.

'Australians have demonstrated resilience in the face of crisis – we invite everyone to log-in to Momentous and share their experiences of the 2019–2020 bushfire season and the global pandemic, with stories of fear, worry, adaptation, hope and kindness – and everything in between.'

Mr Nomchong has contributed his story to the Momentous website, alongside guest contributors including Benjamin Law, Peter Drew, Dan Bourchier and Tegan Taylor.

The Momentous website builds on the Museum’s successful Fridge Door Fire Stories and Bridging the Distance Facebook groups — and integrates both into the new platform.