A landau carriage ordered from Brewster & Co Carriage Builders, New York by William Pitt Faithfull for his daughter Florence in 1889, features prominently in photographs of 19th century Faithfull family events. The carriage continued to be used in the 20th century and is now a key part of the Museum's collection. 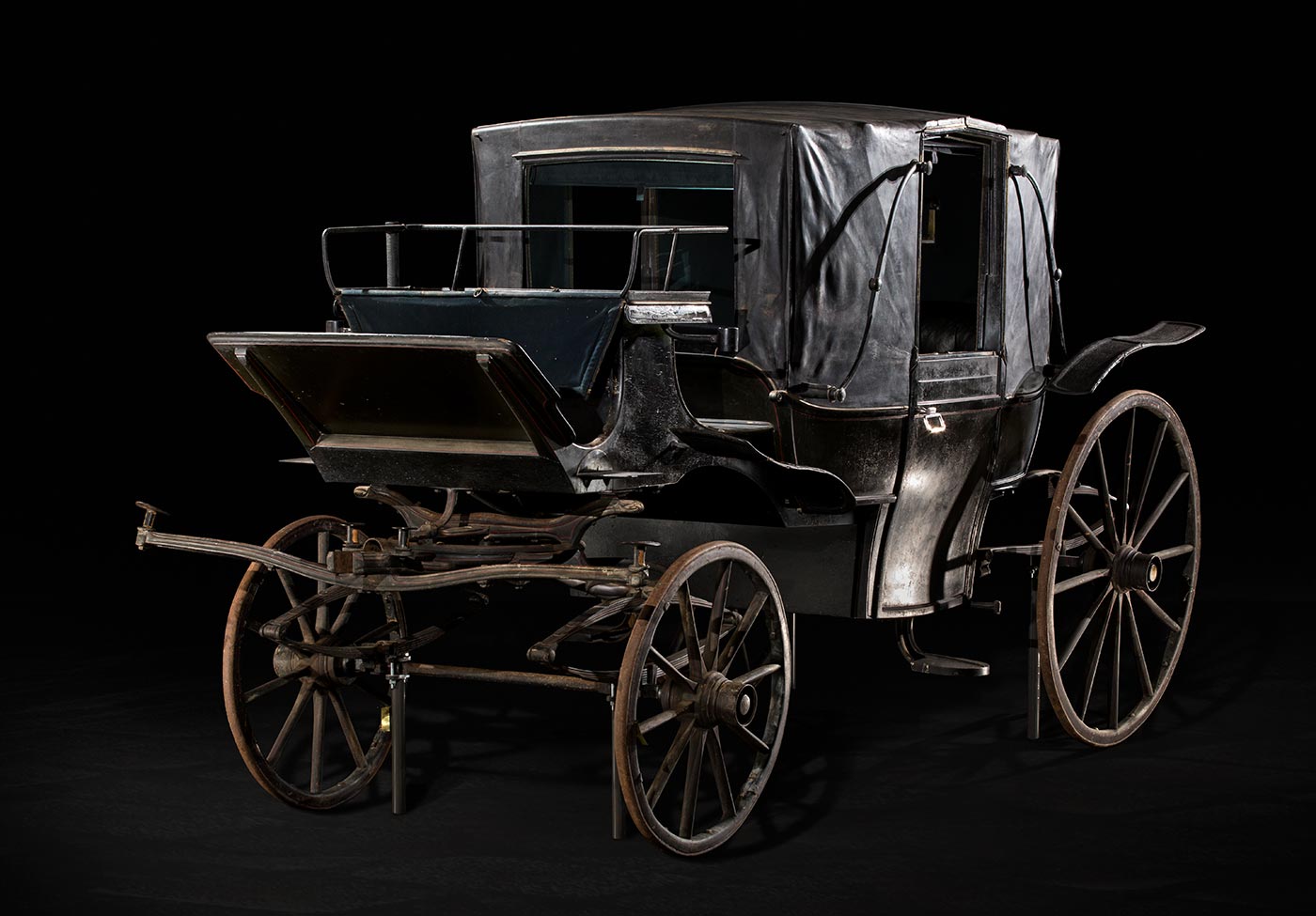 Landau carriage made by Brewster & Co, New York, and shipped to Australia in 1889

Of the best in every respect

William Pitt Faithfull was a very tall man and he often wore his top hat while driving, so the coach had to be made two to three inches (5–8 centimetres) higher than the standard carriage.

The metalwork was silver-plated and the harness, identified with the family crest, was ordered from the highest quality leather and workmanship, recommended to be 'of the very best in every respect, but plain and nothing gaudy'. The quote comes from the paperwork associated with the original order, including Brewster’s final account.

Transcription of a letter from Brewster & Co. to Edgar Deane

We have your esteemed favour of the 5th ultimo, ordering the leather front Landau for Miss Faithfull of the size to weigh about 1500 lbs. We note that a small window in the back is desired; that the metal work be made of silver and that the lining be of green cloth and morocco combined with the painting to match. Regarding the picking out we believe that if we stripe the running gear a medium broad black stipe with edging of fine line of red, that it would make a rich and quiet effect. We will finish it this way.

Taking into consideration the fact that Mr Faithfull is 6 ft 3¾ inches tall, we will be obliged to make the top two or three inches higher than usual, and as it is desired that the Carriage be as closely coupled as possible, we have decided to make the coachman's seat to lift, putting the necessary hinges in same to admit of this being done. The coachman's seat will then have to be raised whenever the front part of the top is either raised or lowered. This enables us to make a very compact and handsome Carriage and also to turn it out in half the time that would otherwise be necessary. If the seat were made solid we would be obliged to spread the Carriage out considerably, which would give it a very long appearance and not be what Miss Faithfull desires. We think very well indeed of this idea having done it in the past, and we believe it will be even more satisfactory than with the stationary seat.

We have noted the points marked in red lead pencil, and will have them all embodied in the Carriage.

You are right — the long grained sample of leather is to be used in the top.

We will have the Landau finished about the 25th of October, when we will box and ship it at once through Cameron as usual.

We beg to acknowledge herewith receipt of bank draft for One Hundred and Fifty Pounds (£150) on account.

Regarding the harness — we beg to say that after consultation with one of the best harness makers here, we learn that the cheapest harness which he would like to recommend to go with this Carriage, including breeding and crests will cost Three Hundred Dollars ($300) or about Sixty Pounds (£60). This will be a set that he sell here usually for Three Hundred and Fifty (350) or Three Hundred and Sixty Dollars ($360); but in view of the fact that it is to go abroad, we have succeeded in getting him to reduce his price to the figure first mentioned. As this is Ten Pounds (£10) more than the limit in your letter, we have determined to write to you to learn if this is satisfactory before placing the order positively. It would include the very best quality of leather and workmanship in every particular, with round buckles, silver mountings, suitable for a horse 16–1 that may be arranged if necessary for a 15–2 horse; the same crests in metal as were sent to us, which is to be painted on the carriage. The breeching will be what is called 'single breeching' and which may be removed if desired when the harness is to be used on flat country. The entire harness to be of the best in every respect, but plain and nothing gaudy. We can purchase a harness much cheaper, but it would not be of a quality which we would recommend to send to you. The only difficulty about fitting different sized horses would be that the collar, if made to fit a 16–1 horse will be a little too large for a 15–2. However, we will, if you place the order, get the harness maker to make the collar of a shape that they will be best adapted for the purpose. If you will cable to us immediately upon receipt of this letter, we will get the reply time enough so that we can ship the harness with the Carriage, or at the most not delay the Carriage more than a week or ten days. Our cable address would be as follows: If you desire us to place the order cable “Orca Newyork yes”, or if you do not wish us to place the order at the price mentioned, cable. “Orca Newyork no”, and we will understand. It will not be necessary in either of these cases to say any more. We thank you very much for your good offer in the matter or getting us this order, and you may rely as well as Miss Faithfull on our sending a handsome and durable Carriage.

Photographs taken in the 1890s show the landau being pulled by a pair of black horses wearing the stylish harness, and demonstrating the pride of the family in this beautiful carriage. 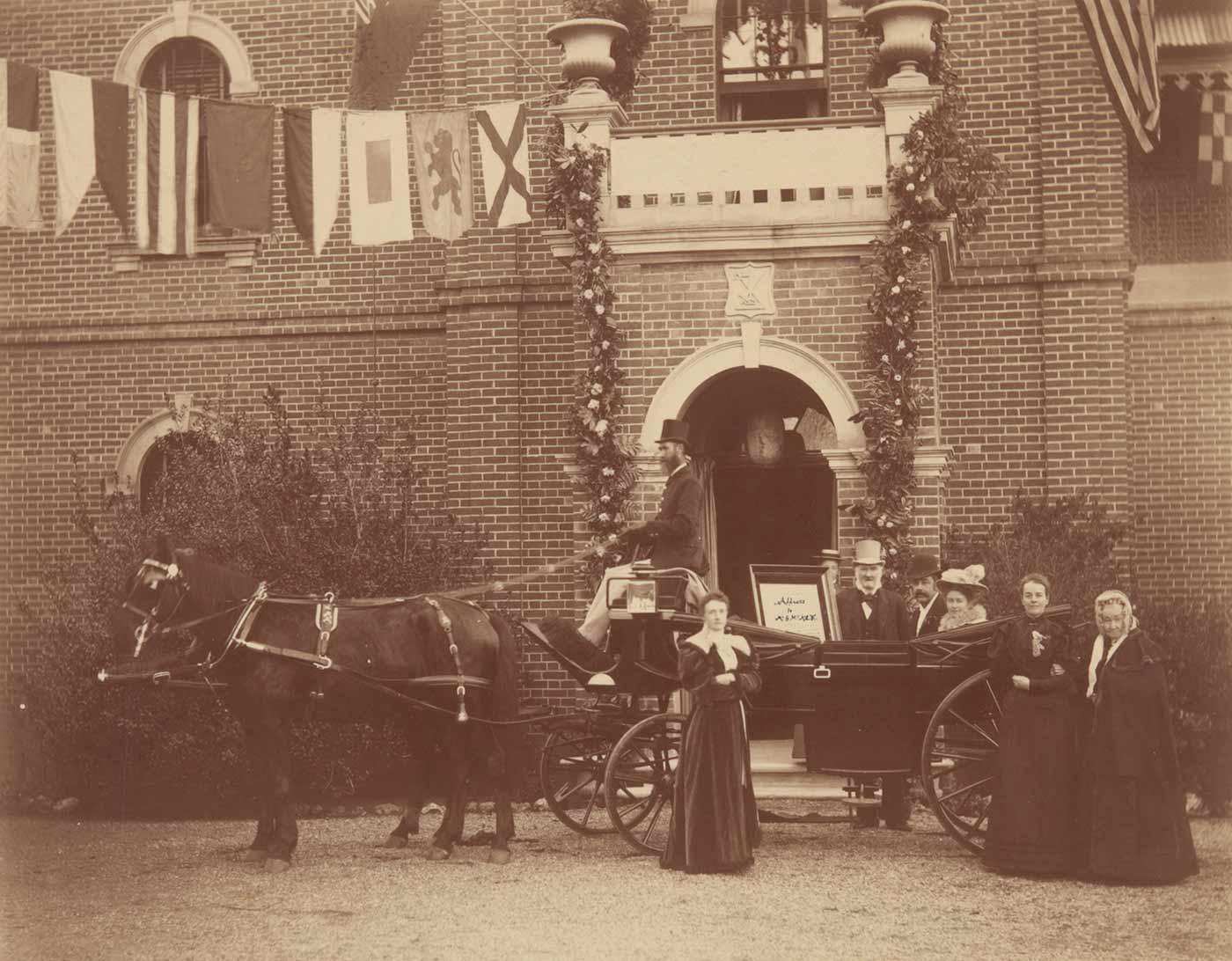 Lucian and Ethel Faithfull returning from their honeymoon 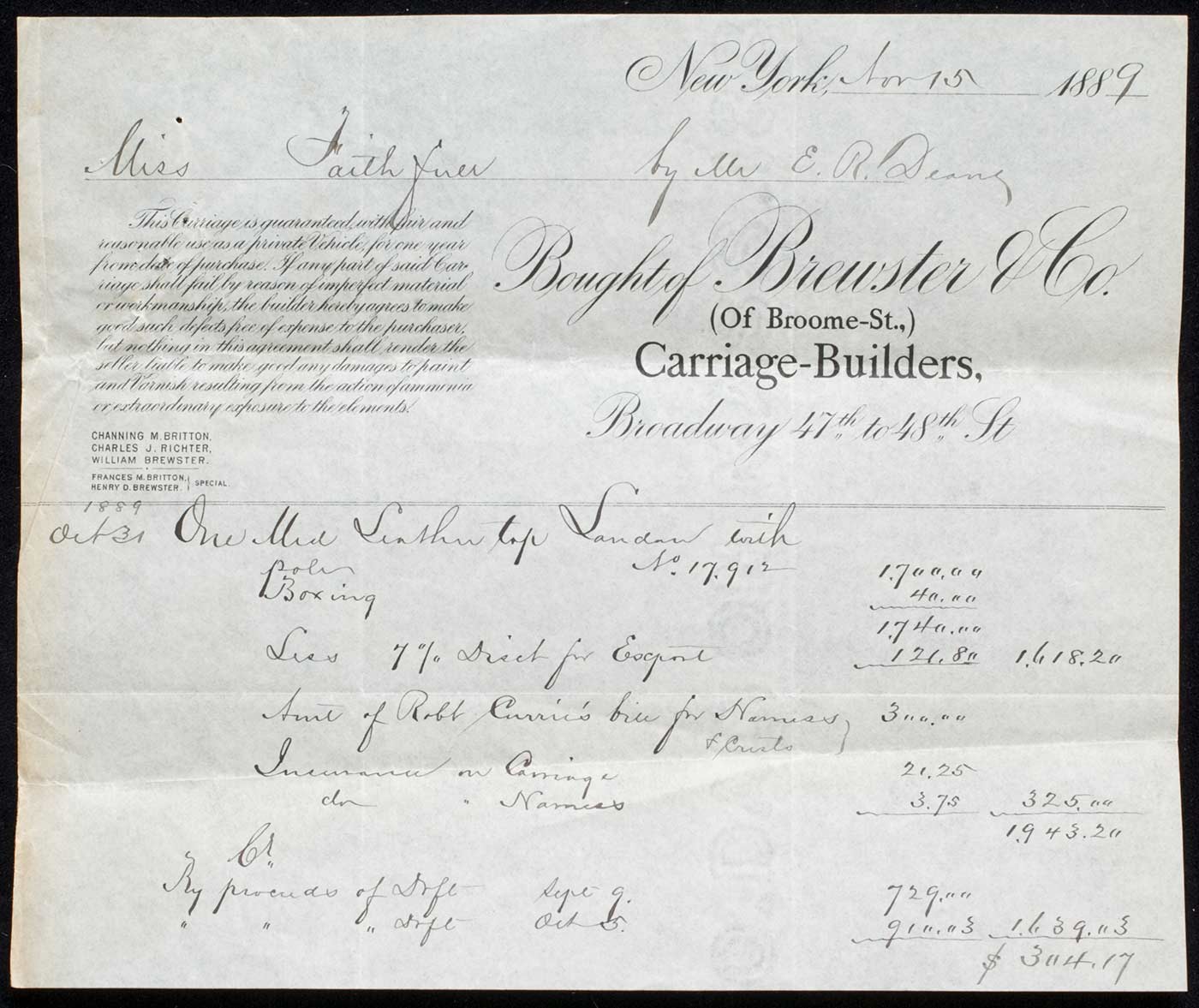 Transcription of original receipt for the purchase of the landau

This Carriage is guaranteed, with fair and reasonable use as a private Vehicle, for one year from date of purchase. If any part of said Carriage shall fail by reason of imperfect material or workmanship, the builder hereby agrees to make good such defects free of expense to the purchaser, but nothing in this agreement shall render the seller liable to make good any damages to paint and Varnish resulting from the action of ammonia or extraordinary exposure to the elements.

The landau was used regularly throughout the 19th century for important family events such as the honeymoon of Lucian and Ethel Faithfull in 1895, and probably the wedding of Lilian and William Hugh Anderson in 1898.

Although Springfield was a two-hour coach ride from the nearest town, the Faithfull family were socially active members of the Goulburn region.

They attended luncheons, afternoon teas and church during the day, and balls in the evening. They called upon acquaintances, received visitors and frequently journeyed to town. Such a range of events and social outings required the appropriate transport and the landau would have been perfectly suited for transporting a family of their social standing.

The carriage continued to be used in the early 20th century during which time it was stored in the coach-house on Springfield.

Black "English-Quarter" Landau carriage, with red trimBlack Landau carriage, with red trim. The coachman's seat is located at the front, on the outside. On the coachman's left hand side is engraved: '[?]912'. Inside the covered carriage are two seats facing each other, with a wickerwork base and leather cushions. The interior is upholstered in fabric, with embroidered trim. There i...