This dress, which probably once belonged to William Pitt Faithfull's eldest daughter Florence, is a satin two-piece full-length dress.

It consists of a bodice and a skirt in burgundy duchess satin with inserts of cut velvet in a geometric and floral pattern. It dates from 1875 to 1880. 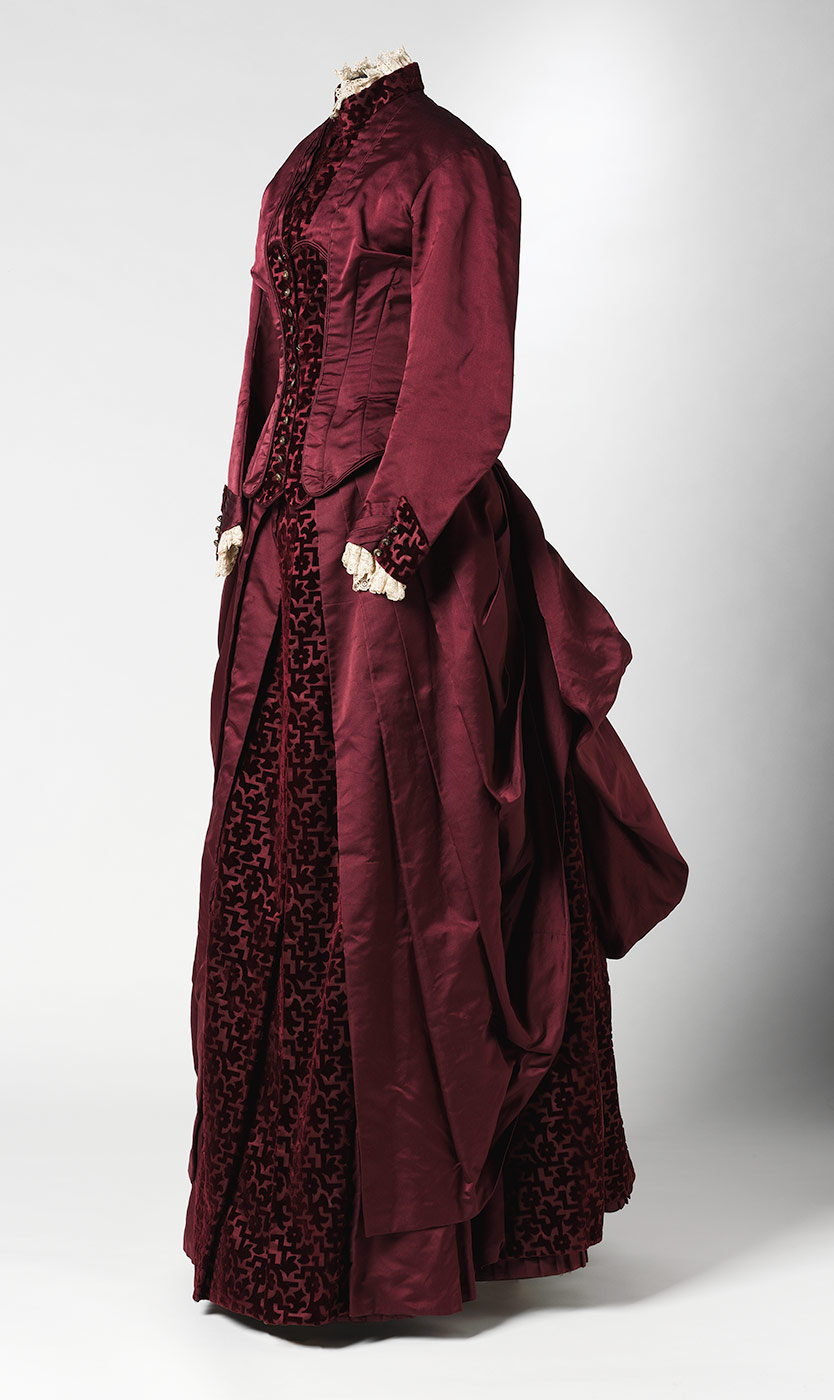 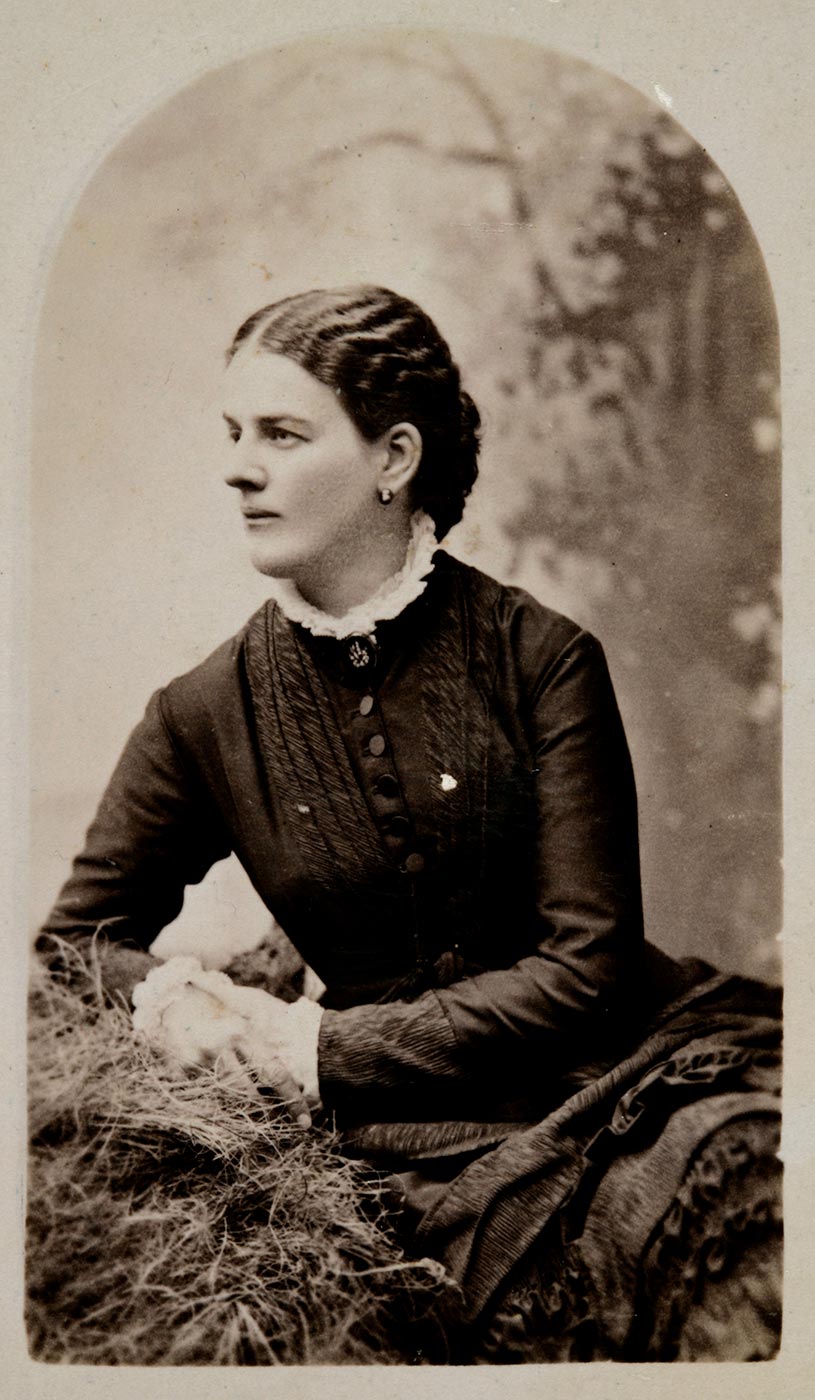 The bodice of the dress is fitted and boned and is an eight-piece construction.

It has coffee-coloured polished cotton lining, a high collar with lace trim, a front opening with 12 metal buttons with mother-of-pearl insets, and full-length fitted sleeves with three buttons and lace at each cuff. Pleating detail and velvet inserts feature on the front and at the cuff.

The skirt has three internal bustle loops, a full wool lining and a V-shaped velvet insert at the front, with four inserts at the back.

As the Faithfull family members moved away from the Springfield, Florence, unmarried, inherited the house and remained there until she died in in 1949.

Florence was well-known throughout the Goulburn region for the work she did with the church, charity groups and community organisations. Well-respected by her nieces and nephews, she was known as Aunt Flory.

Florence lived at Springfield for 98 years and was the first custodian of what became the Springfield–Faithfull family collection. She was an avid collector, keeping hundreds of items left behind by family members.

This elaborately constructed day dress shows signs of being worn and has been altered slightly in several places. It is in excellent condition and was obviously well cared for by several generations of family members.