One of the most fragile specimens in the National Museum's collection is a whole preserved body of a thylacine. The thylacine is an extinct carnivorous marsupial, commonly known as the Tasmanian tiger. 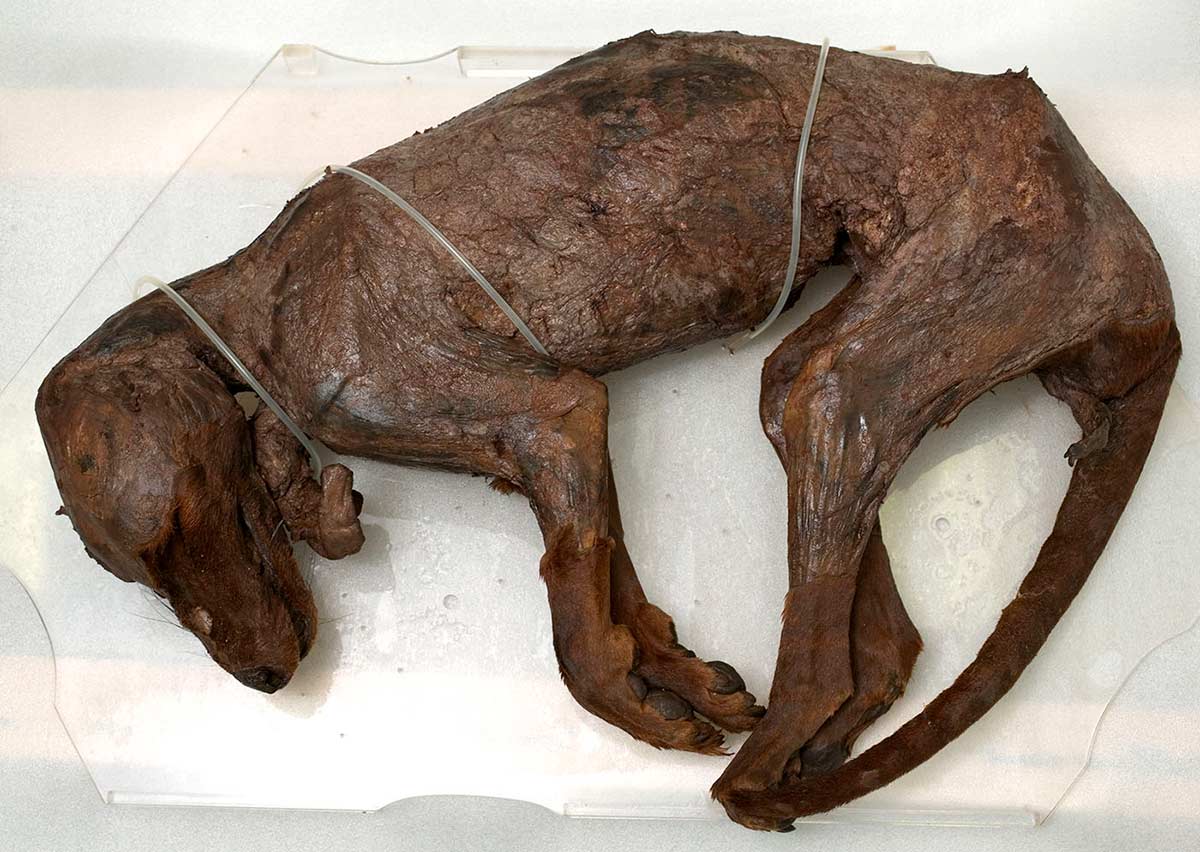 There is no information about how or where this specimen was collected. It is part of the MacKenzie collection of wet specimens, which includes various other thylacine organs and parts.

Orthopaedic surgeon Sir Colin MacKenzie was the director of the Australian Institute of Anatomy, where this specimen was previously held.

The last well-documented capture of a wild thylacine was in 1930, and this animal was probably collected around that time.

The same year, surveyor Selby Wilson caught an adult male thylacine with the faded markings of an old animal. Its pelt is also part of the Museum's collection, along with a pelt acquired in 2019.

The thylacine once roamed well beyond Tasmania. Fossilised remains have been found across the Australian mainland.

Thylacines were believed to kill livestock and were often shot and trapped. They were a convenient scapegoat for poor financial returns and high stock losses at a time of rural depression in Tasmania.

Even when they were known to be close to extinction, little was done to save them.

The thylacine was declared a protected species in July 1936, shortly before the last animal died in Tasmania's Beaumaris Zoo on 7 September 1936. Occasional, unconfirmed sightings are still reported. 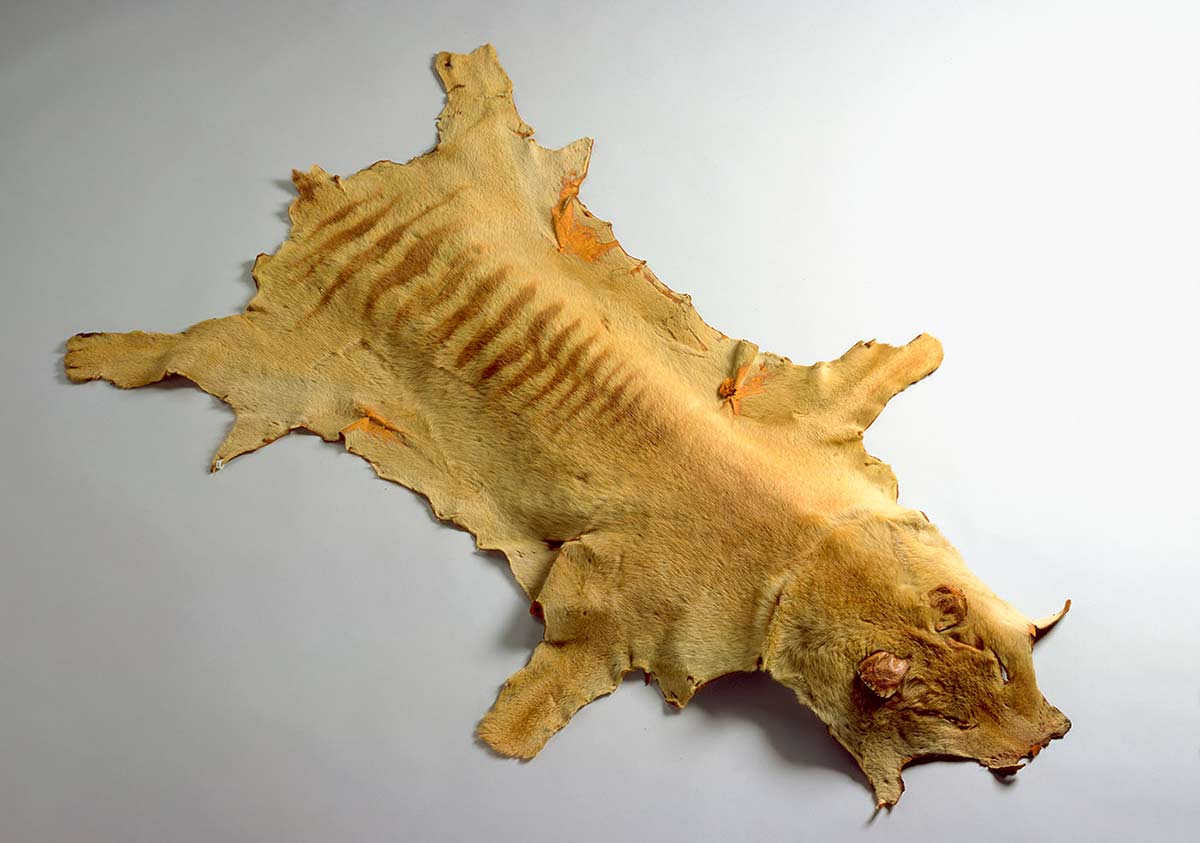 The thylacine in the Museum's collection was never prepared as a biological display specimen. The roughly skinned carcass is crude in appearance and seems to be missing some internal organs. It was, however, preserved in a fluid which prevented decay and ensured its survival today.

The thylacine specimen remains extremely fragile. Museum conservators found that when the animal was on display, protein from its muscles and calcium carbonate from its teeth and skeleton had leached into the preserving solution, which weakened its structural strength.

Conservators have moved the thylacine to a new tank which protects the specimen from vibration and helps to ensure the long-term survival of this carcass.

Preserved wet specimen of a whole skinned ThylacineThere is no information on how or where this specimen of a skinned Thylacine was collected, but the last well-documented capture of a wild thylacine was in September 1930. The specimen found its way into the collection of the Australian Institute of Anatomy and was transferred to the National Museum of Australia in 1984. The spe...