Major Sir Thomas Mitchell played an important role in the early exploration of colonial Australia. Born in Scotland, he trained as a surveyor in the army before moving to Australia to take up his appointment as Surveyor General of the Colony in 1827. He remained in this position until his death.

Mitchell was responsible for exploring vast areas of south-eastern Australia and opening up new grazing lands in the southern parts of Victoria. He was knighted in 1838 for his contribution to the surveying of Australia. 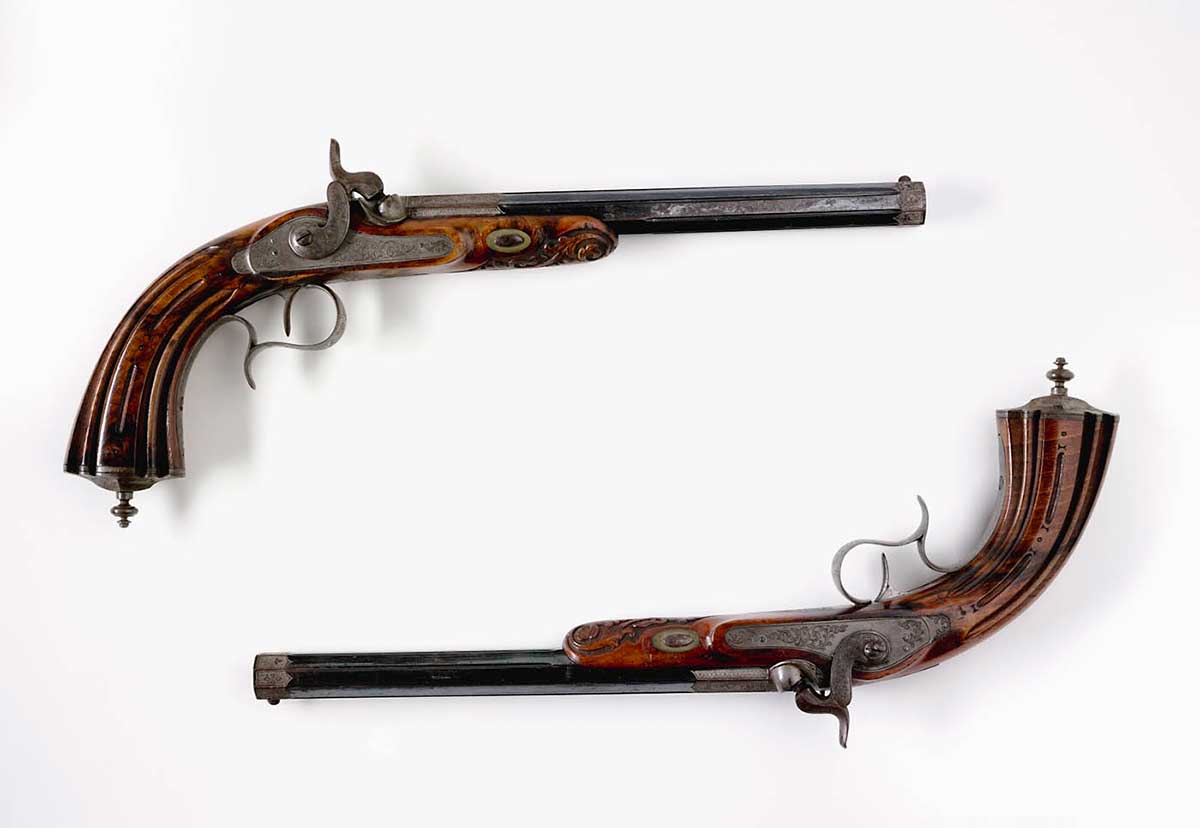 An accomplished artist, botanist and poet, Mitchell is also remembered for his 'hot-headed' temper. It is speculated that he is the last person in Australia to challenge anyone to a duel.

At dawn on 27 September 1851, Mitchell confronted Sir Stuart Alexander Donaldson in Sydney. He had issued the challenge because Donaldson had publicly criticised the over-expenditure of the Surveyor General's Department.

Both duellists missed their mark – only Donaldson's hat was damaged in the altercation. Their seconds stepped in to declare that honour had been satisfied and the duel was abandoned.

The Royal Australian Historical Society records that these were the pistols used in the duel. They are French 50 calibre pistols, with percussion locks and walnut butts. The National Museum of Australia purchased the pistols from the society in 1983.

Matching cased pair of French .50 calibre duelling pistols with accessories, used by Sir Thomas Mitchell in Sydney in 1851A circular tin of percussion caps and a mallet are missing from the set. The pistols are believed to have been used by Sir Thomas Mitchell (1792-1855) in a duel with Stuart Donaldson in Sydney on 27 September 1851. This was one of the last duels fought in Australia. Each protagonist fired three shots but, despite a close call on...