On 10 June 1770 HMB Endeavour under the command of Lieutenant James Cook was sailing north along the east coast of Australia. At 11pm it ran aground on the Great Barrier Reef and started taking on water. Desperate to lighten the ship, the crew heaved nearly 48 tonnes of material over the side, including six cannon. 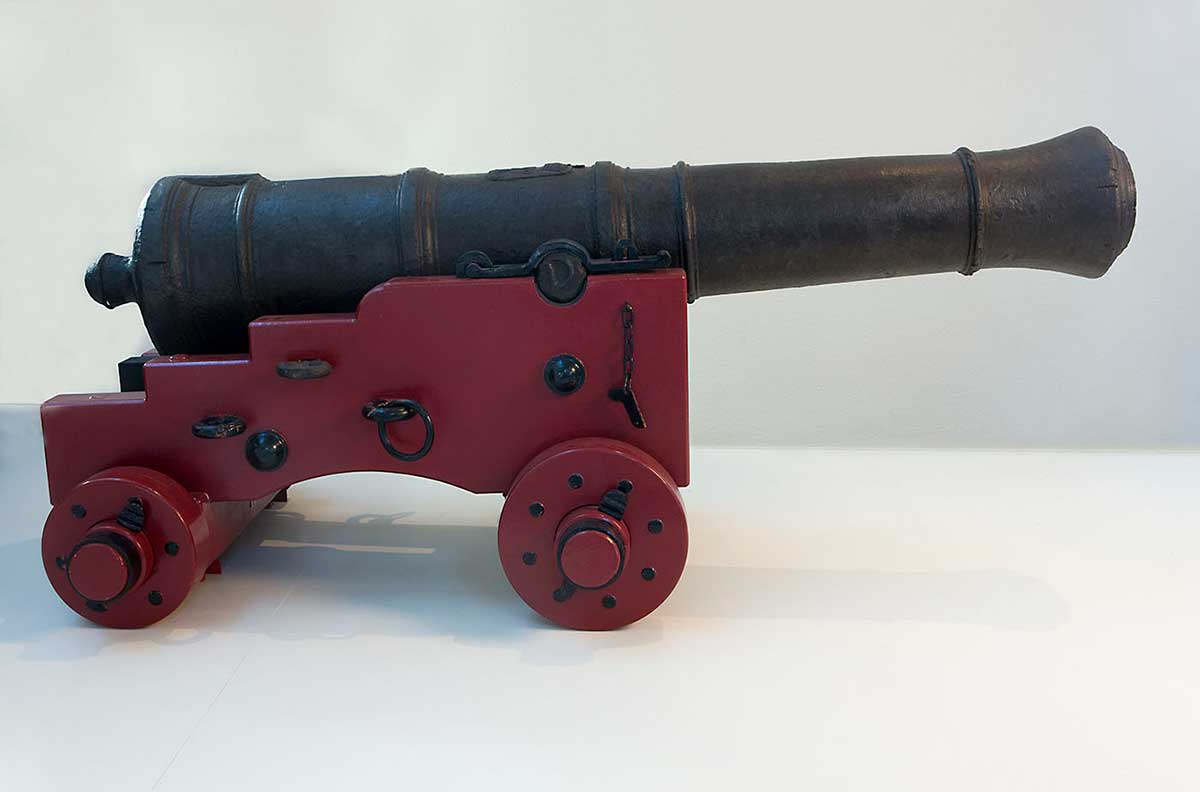 One of six cannon from HMB Endeavour

Twenty-three hours later, at the next high tide, the Endeavour pulled free. Six weeks were spent repairing the ship at what became known as Endeavour River, near Cooktown, in Queensland.

The Cook expedition was charged by the British Admiralty to record the transit of Venus, explore southern waters and document unknown territories and lands.

Cook ventured south, in accordance with his secret instructions to search for the Great South Land, and circumnavigated New Zealand before sailing east and encountering the Australian continent near what is now known as Point Hicks, on the eastern coast of Victoria.

Ballast recovered from the seabed

Nearly 200 years later, in 1969, a team sponsored by the American Academy of Natural Sciences recovered all six cannon and other ballast from the waters off the north Queensland coast.

The cannon were treated by conservators then given to collections in Australia, Britain, New Zealand and America. This cannon is part of the National Museum of Australia’s National Historical Collection.

Model 'Endeavour' cannon and carriageReplica of one of HMB 'Endeavour's' cannons with a lump of coral from Endeavour Reef. The coral was removed from one of the cannon barrels when their bores were drilled during the conservation process. The replica bears the following inscription: 'This is a replica of a cannon and carriage jettisoned by Lieut. Cook of H.M. Bark ...