The coat of arms is on show in Decoded: 75 Years of the Australian Signals Directorate. 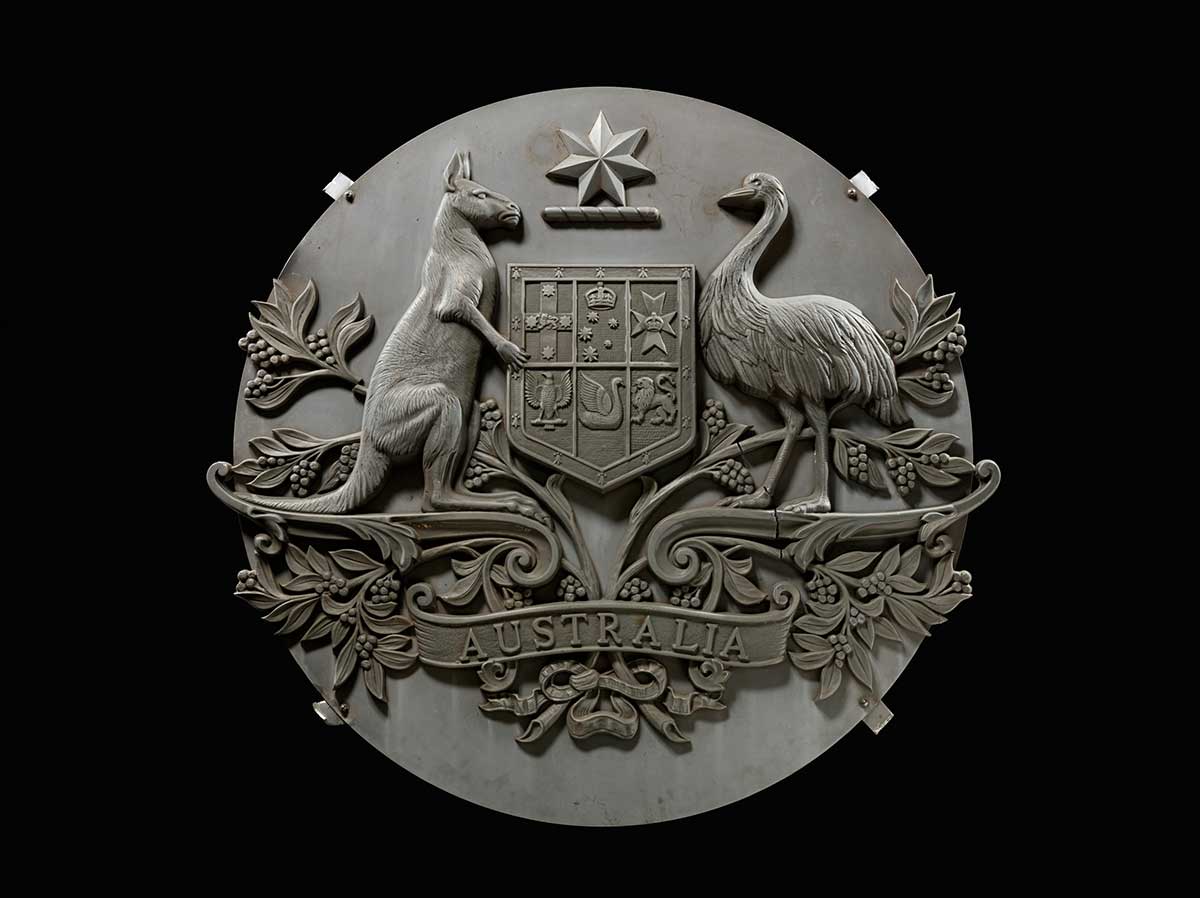 The blast at 10.25am on 9 September 2004 was part of an increase in global terrorism following the '9/11' attacks against the United States. 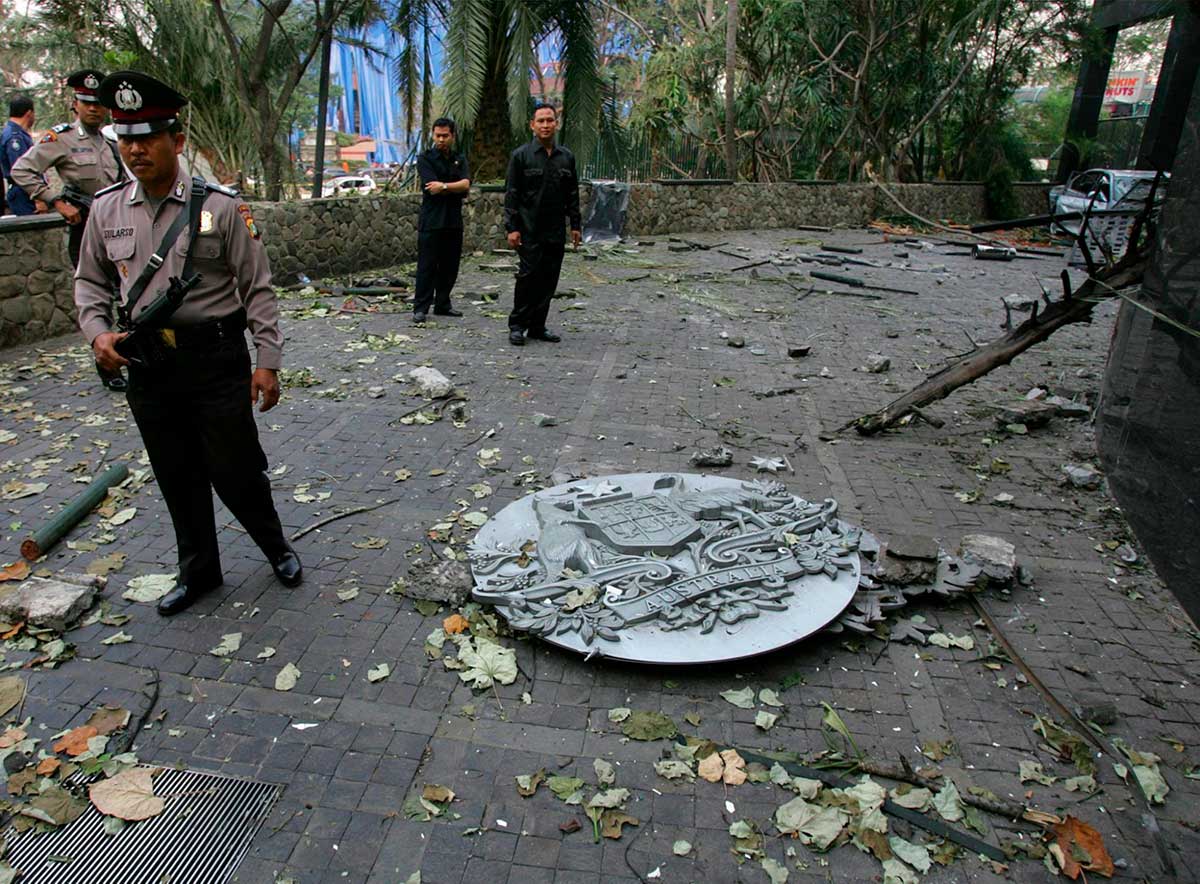 Coat of arms outside the Australian Embassy, Jakarta, 2004

The Australian Embassy bombing followed two bomb blasts in Bali’s Kuta tourist strip on 12 October 2002 when 202 people were killed, including 88 Australians. These bombings in Indonesia demonstrated the ever-present threat of terrorism to Australia and its people.

The Australian coat of arms from the embassy bombing demonstrates the threat of terrorism and helps reveal part of the story of the relationship between Australia and Indonesia, from the volatile years preceding the Vietnam War through to the post 9/11 bombings that affected both nations.

This coat of arms was retrieved and returned to Australia and is now held by the National Museum of Australia, preserved for posterity. It is a reminder of the embassy bombing in Jakarta which killed or wounded so many Australian, Indonesian, Greek and Chinese nationals.

A coat of arms is a heraldic device, originating in the decorated shields emblazoned by medieval knights going into battle. While still recognisable, the cracked Australian emblem is a chilling but lasting record of the moment of impact and of its tragic consequences.

Also in the National Museum’s collection are the shattered remains of the Australian Ambassador’s blast-resistant office window, an Australian flag damaged by shrapnel, a clock which belonged to an embassy driver and parts of the green metal fence, which shot into the embassy’s glass façade as a result of the blast.

These objects were donated to the Museum by the Department of Foreign Affairs and Trade and by David Ritchie, who was Ambassador of Australia to Indonesia from 2002 to 2005.