On display in the Gallery Mezzanine until 12 February 2023

The Australian Colonial Billiard Table is a masterpiece of late 19th-century Australian design.

The table and accompanying scoreboard were created in the 1880s to showcase Australian craftsmanship to the world.

Benjamin Hulbert, a Sydney-based billiard table maker built the Tasmanian blackwood table in 1885 for display at the Colonial and Indian Exhibition in London in 1886. He employed master carver George Billyeald to decorate the table with 10 ornate figurative panels and other design elements.

The panels depict popular Australian themes of the time, including life on the goldfields, exploration, the discovery of William Buckley, the story of lost children in the bush, and the conflict between settlers and First Nations peoples.

Billyeald’s dramatic carvings change our understanding of how Australians viewed their world in the 1880s. The explicit images of conflict between settlers and First Nations peoples stand in sharp contrast to the later silence about this crucial aspect of our nation’s shared history.

The high relief carvings also feature the New South Wales colonial emblem, the crest of the Prince of Wales, and a range of Australian flora and fauna, including kookaburras, snakes, kangaroos and dingoes. The scoreboard is similarly decorated with floral motifs.

Taking Australia to the world

It is believed that while in London they made an appearance at Buckingham Palace, where the table was admired by Queen Victoria and used by billiards enthusiast Prince Albert, the Prince of Wales.

By the 1890s Hulbert had moved to the NSW south coast, working as the publican at the Commercial Hotel in Milton. A visitor recorded seeing the table there in 1895.

The next record of it is in New Zealand, in 1912. Displayed in an Auckland shop, the table later featured in the Auckland Exhibition. Apparently, it was given as a raffle prize to C. R. Rainger of Auckland, who in 1921 gave it to Ray Court (also from Auckland).

At some point before 1980, the table passed into the possession of Captain Harry Carey, also from New Zealand.

It was sold at auction at Christie’s South Kensington in 1980, after which it went through the hands of a series of private collectors.

Acquiring the table and scoreboard

The Museum acquired the Australian Colonial Billiard Table and scoreboard for the National Historical Collection in 2022.

Donations to our Annual Appeal 2022 supported the acquisition along with assistance from the Australian Government through the National Cultural Heritage Account. This grant program assists Australian cultural organisations to acquire significant cultural heritage objects. 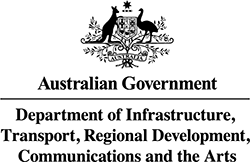 Read the media release to learn more about the acquisition of the Australian Colonial Billiard Table.

Koala by Robert Prenzel, 1925A rectangular wooden panel with a carving of a koala a perched on a leafy eucalyptus branch, surrounded by a rough-hewn timber frame. It is signed 'R. PRENZEL / SOUTH YARRA, VIC. / 1925' at the lower right hand corner. It also has a stamp on the reverse which reads 'ROBT. PRENZEL / TOORAK ROAD, / SOUTH YARRA'. There is a central...