An exhibition about the history of a foreign intelligence organisation inevitably conjures up images of James Bond, Miss Moneypenny, and Q (or ‘Quartermaster’). Indeed, a real Q features in the history of the Australian Signals Directorate (where ‘Q’ was short for Q Branch). But, unlike the movies, the new Decoded exhibition also brings together some curious objects and amazing people that never made it to the big screen. 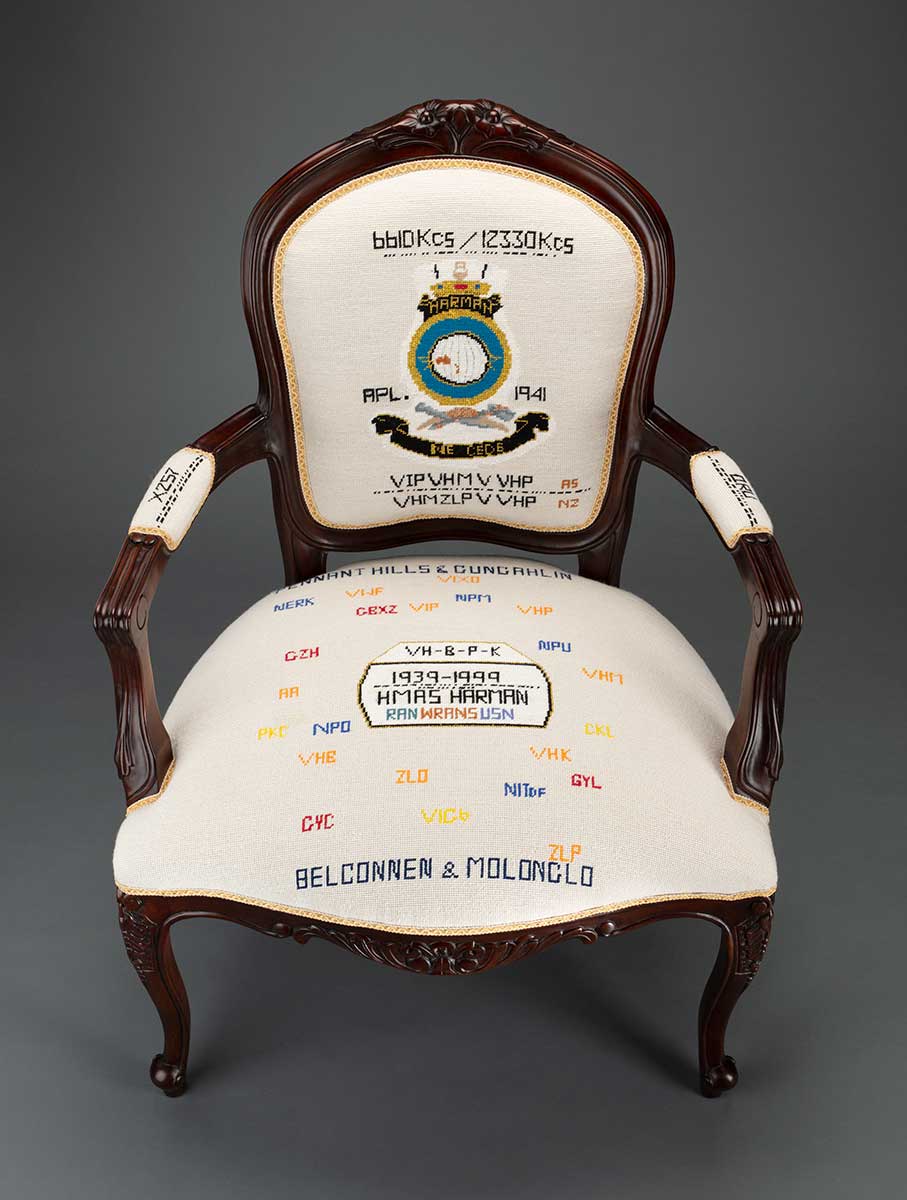 Tapestry is not usually associated with espionage, but Marion Stevens, who worked at HMAS Harman near Canberra during the Second World War, embroidered the upholstery of the chair with information about the way communications were conducted at Harman and its outstations during the war.

Marion embroidered call signs and radio frequencies from memory, as a tribute to the vital work she and many other women performed in secret. The chair also features the HMAS Harman crest.

Second World War and the WRANS

Marion was the fifth woman to join the WRANS. Her official number was WR5 (WRAN number 5).

The tapestry displays this world in codes, including the central Allied communications hub at Whitehall (GYC) in London, Colombo Fort (GZH), Canada Esquimalt (CKL) and Waiouru, New Zealand (ZLO). It features the night and day frequencies used to communicate with Allied ships.

On the chair’s arms, Marion embroidered the code for the words ‘nothing for you’ (used when there were no messages to report) in both the navy telegraphist code X257 and the commercial code QRU.

Women's role in the war

Marion was put in charge of the Molonglo wireless telegraphy station. After the war she represented the WRANS at the Queen’s Coronation and went to visit her signals colleagues at Whitehall.

Marion recalled the scene on meeting a senior British male officer in London in 1953:

‘You know, that’s the best station we ever worked during the war,’ he said. ‘It was the only one we were allowed to broadcast to. You know, they never let us down’, and he laughed and he said, ‘We found out after a while that a woman was running that station. I doubt if we’d been allowed to do it had we known at the time it was run by a woman’.

He said, ‘I’d like to shake her by the hand,’ and it was with great happiness that I held my hand out and said, ‘Well, go right ahead’. But I think that was really about the proudest moment in my entire life. 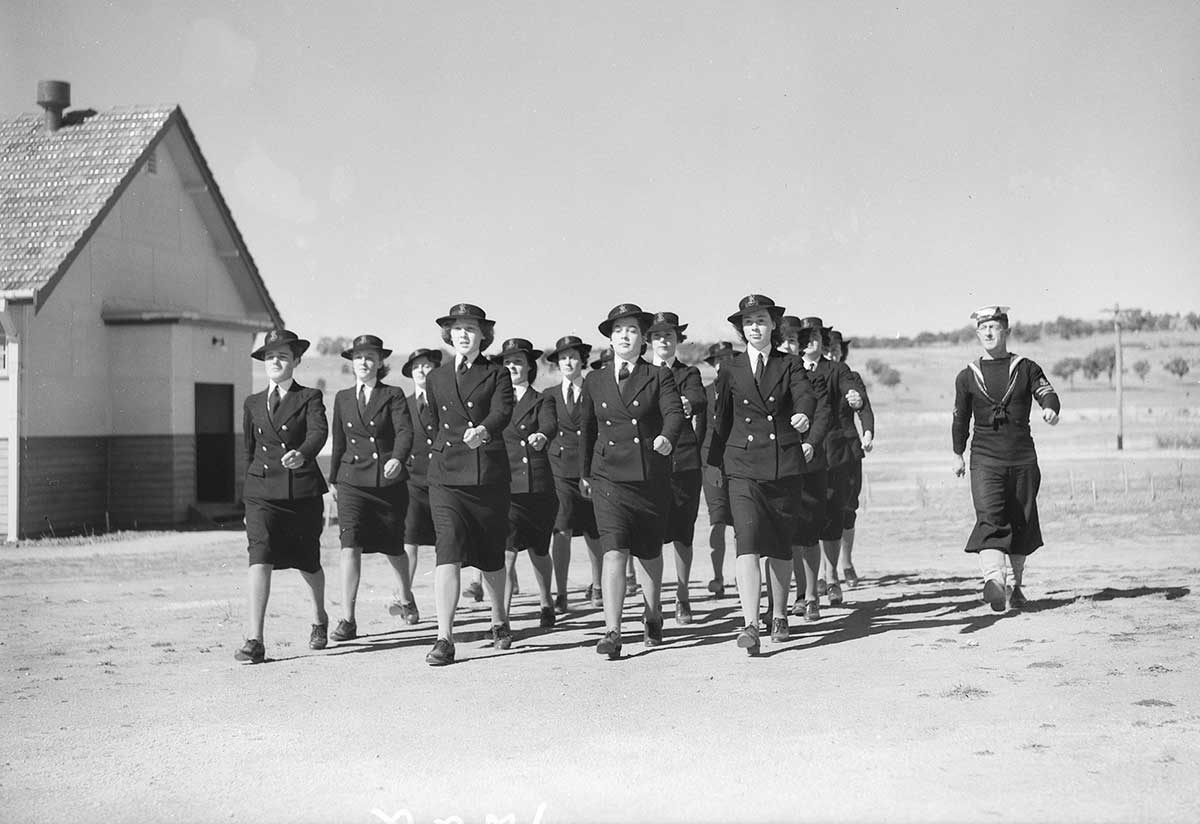 Members of the WRANS drilling at HMAS Harman

Decoded: 75 Years of the Australian Signals Directorate is on show at the National Museum of Australia from 1 April to 24 July 2022.