Caring for the collection

The National Historical Collection is the core collection of the National Museum of Australia. Fewer than four per cent of the objects held in this collection are on display at any one time.

Most of the collection is kept at one of the Museum’s repositories in the northern Canberra suburb of Mitchell, where the objects are cared for by the Museum’s registration and conservation staff.

Objects offered to the Museum undergo rigorous assessment before they are accepted. During this process, curators, registrars and conservators consider how the object relates to themes, issues or people of national significance, its research value and its potential as an item for display. 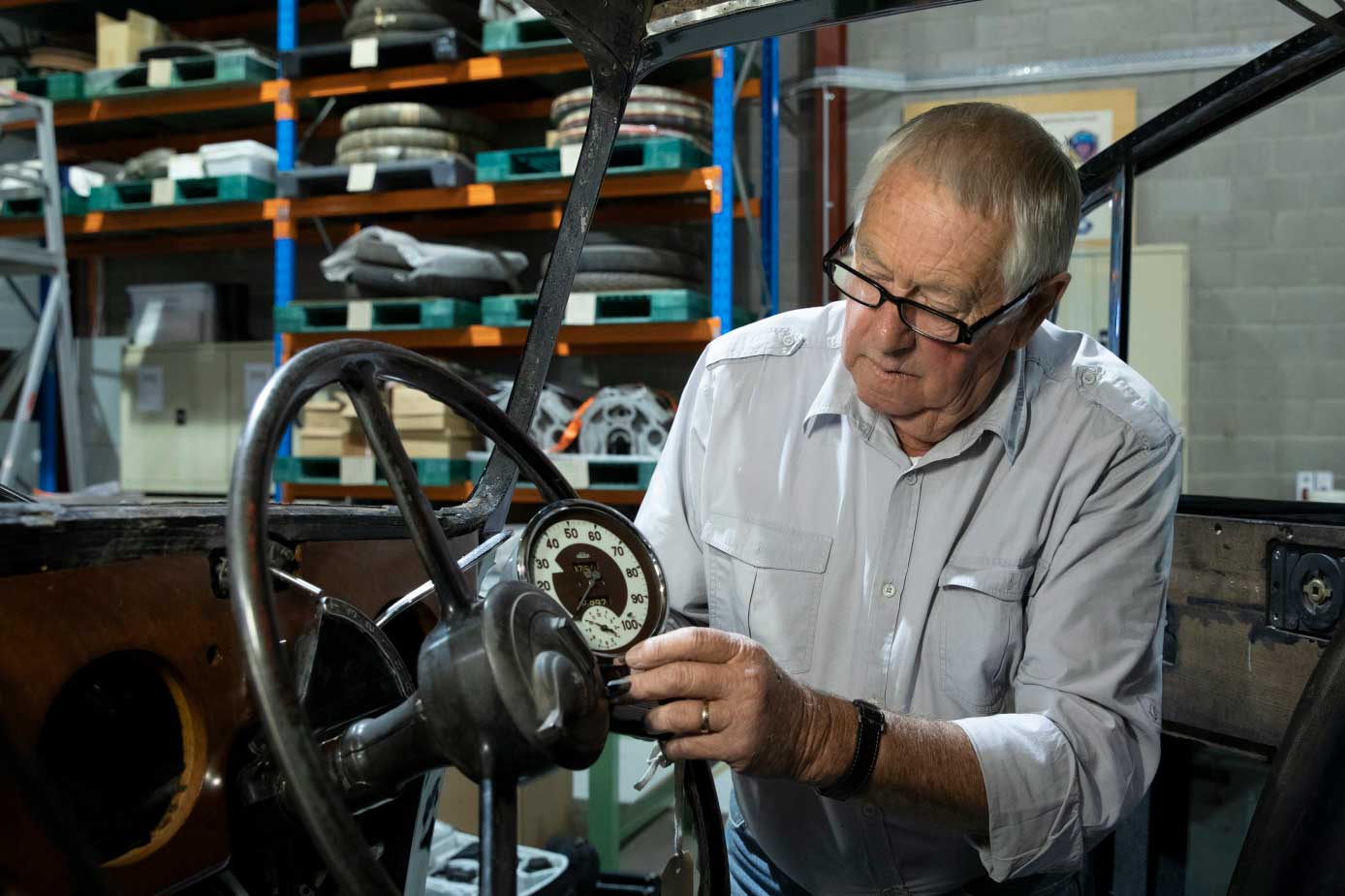 The object’s condition, conservation qualities and originality are also considered, along with whether its origin and history can be thoroughly documented and authenticated. The Museum also maintains education and prop collections, and houses rare books as part of its library collection.

When an object is acquired by the National Museum of Australia – from any source – it goes through a detailed process of registration and conservation. Registrars ensure each object is properly described, recorded and housed.

Even with the aid of the latest computerised data entry and retrieval systems, keeping track of approximately 200,000 objects is quite a task. Conservators look after everything from paper and fabric to cars and computers, as well as the specialised field of bark painting conservation. This sometimes involves carrying out complex conservation.

The Bean car that Francis Birtles donated in 1929 was carefully taken apart and reassembled to working order. Other vehicles being conserved include Prime Minister Sir Robert Menzies’ official Bentley and a Crossley ‘Canberra’ – one of a fleet of 12 limousines shipped to Australia by their English manufacturers to transport the Duke and Duchess of York on the 1927 royal tour.

The ABC outside broadcast van was similarly conserved and actually used in 2000 to film the Queen’s visit to the Museum. Several of the Museum’s motor vehicles belong to the National Museum of Australia’s vintage car club and are driven at special rallies and other events.

Conservators also advise curators and exhibition designers on how to display objects so that the least harm will come to them – the low light levels in many galleries, for example, ensure objects will not be damaged by visible-spectrum radiation.

To keep an object such as a stone artefact in good condition might mean no more than an occasional dusting, but other objects in the National Historical Collection require regular and more specialised care and attention.

Door to store: Caring for your collection
Advice, demonstrations and practical tips on caring for the National Historical Collection, and your collection at home, from the Museum's Conservation and Registration teams.