New book tells the story of Birtles’ journey 90 years ago

Covered in Middle-Eastern sand and South-East Asian mud from its amazing record-setting journey from London to Melbourne in 1927, the Sundowner overland vehicle is on display at the National Museum of Australia in Canberra. 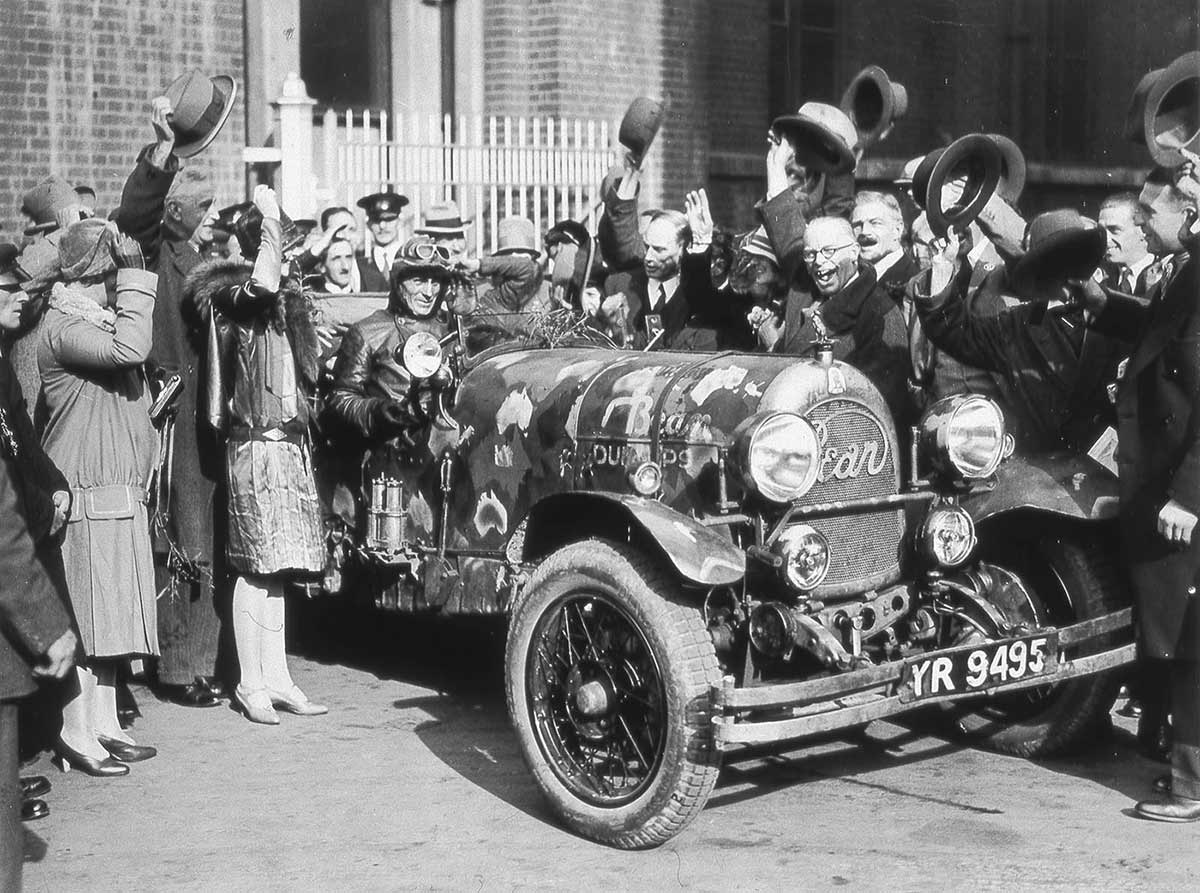 The history-making vehicle is on show to mark the release of a new biography, Driven, which tells the remarkable story of overland explorer Francis Birtles and his two sponsored record-breaking journeys in the Sundowner between Darwin and Melbourne (1926) and London and Melbourne (1927–1928).

The Bean 14 motor car, known as the Sundowner, is a four-cylinder, right-hand drive, two-seater with a long engine cowling and boat tail produced by the Bean Car Company in 1925.

National Museum Director, Dr Mathew Trinca, said he is excited to have the extraordinary car on display for Australians to see.

‘The Sundowner represents an incredible achievement in Australian motoring history. Francis Birtles was the first person to drive a motor vehicle from Darwin to Melbourne and then London to Melbourne. His journeys pushed the boundaries of human and motoring triumphs,’ said Dr Trinca.

‘The Bean 14 motor car is an important part of the National Museum’s collection as it also represents the growth of the early motor car industry and the rise of the use of cars for recreation and exploration in Australia. Birtles’ transcontinental drive paved the way for highway travel which is now an essential way to move between many cities and towns in Australia today,’ said Dr Trinca.

Author Terry Birtles said, ‘The 10 years I spent researching this book underlined the extraordinary achievements of Francis Birtles — a warning to readers that they may find themselves exhausted by the energy which Francis displayed, to overcome the challenges of his many ventures to explore remote parts of Australia.’

To promote the speed and stamina of British-made cars to the Australian market, the Bean Car Company hired Francis Birtles to drive the Bean 14 motor car from Darwin to Melbourne in the quickest time possible.

Departing Darwin on October 1926, Francis Birtles drove the Bean 14 motor car down to Melbourne in eight days. This was the first time any motor car had driven from Darwin to Sydney and then to Melbourne continuously.

Francis Birtles set out again in the Sundowner in 1927 to make the first overland journey between London and Melbourne using a motor vehicle. In a record-breaking feat over nine months, Birtles covered 26,000 km of land, boarding ships, an oil tanker and a bamboo punt to cross waterways.

In 1929, Francis Birtles presented the Sundowner to the Australian Government to preserve in a yet-to-be-established National Museum.

The Sundowner officially joined the National Museum of Australia’s collection in 1981 and underwent comprehensive conservation in the late 1990s to preserve not only the function of the vehicle but also important indicators of its historical significance. The Sundowner was a popular display in one of the Museum’s permanent galleries in the early years of opening and then again in the Museum Workshop exhibition in 2013.

The Bean motor car will be on display in the Gandel Atrium at the National Museum of Australia from 20 February until 15 March 2019.

Driven by Terry Birtles is available in bookshops nationally.