This map shows the area covered by the Great Artesian Basin, a natural underground reservoir that provides water for plants, animals and people in areas of Australia that in some cases are otherwise extremely arid. During the Cretaceous period, the basin was filled by the vast inland Eromanga Sea. 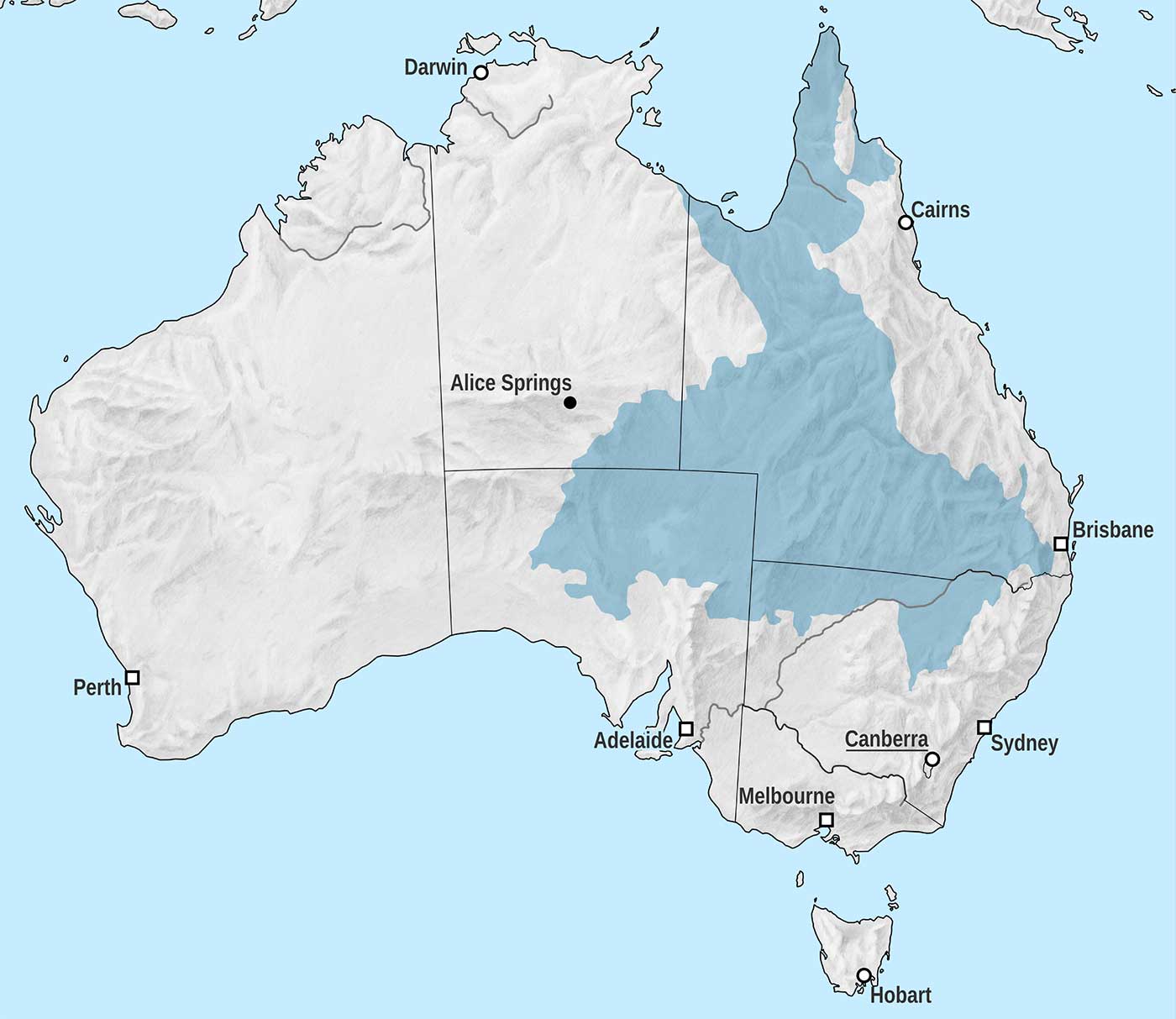 The sediments left by the Eromanga Sea have helped to create conditions that allow water to be trapped and stored within the basin. At certain points, springs have formed where pressure has forced water to the surface. These springs are extremely significant places for Aboriginal people whose survival in this arid region over thousands of years has been dependent on the water they provided.

During the Cretaceous period, about 145 to 65 million years ago, Australia was attached to Antarctica and was home to many plants and animals that have long been extinct. Forests grew and rivers flowed on the land bordering the Eromanga Sea. Large and small dinosaurs inhabited the wetlands, eating vegetation or hunting other dinosaurs. Primitive crocodiles and mammals, including Steropodon, which resembles today’s platypus, existed at this time.

In the Eromanga Sea, marine reptiles dominated. Platypterygius grew up to seven metres long and resembled a dolphin, although its tail moved from side to side rather than up and down. Woolungasaurus had flippers, a broad body, and a long snake-like neck with a mouth designed to catch fish and squid. The largest and most fearsome creature in the sea, however, was Kronosaurus, which had a two-metre-long skull, a huge set of jaws filled with teeth 30 centimetres long, and a body that was more than 12 metres in length.

What are some of the natural processes that cause the earth’s landmasses to change?

Why do the plants and animals that inhabit the earth differ from one era to another?

How has the Great Artesian Basin influenced where and how people live in Australia, both prior to and since European arrival?