This anchor from the Endeavour was left on the seabed off the east coast of Australia after Captain James Cook’s ship became stuck on the Great Barrier Reef in 1770.

Print this page on A3 paper for best result 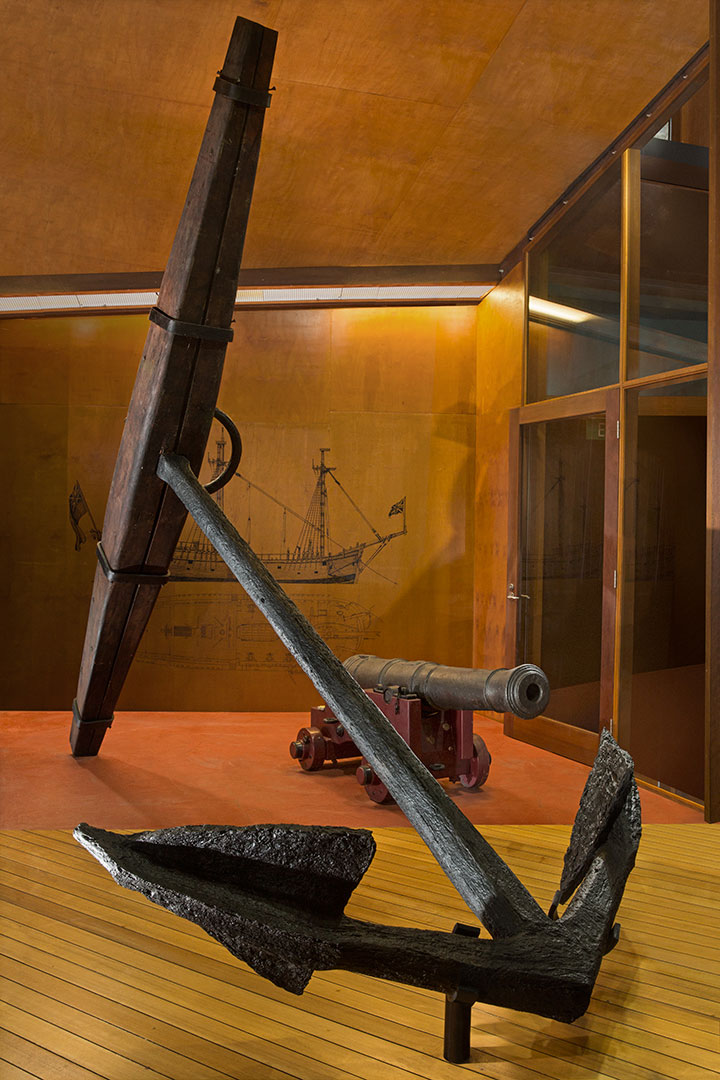 Anchor and a cannon from the Endeavour, on display at the James Cook Museum in Cooktown. National Museum of Australia

Stuck on the reef

As the Endeavour made its way along the east coast of Australia, the ship was sailed into the narrow passage that separated the mainland and the Great Barrier Reef. On the evening of 11 June 1770, the ship struck the reef, and became stuck.

Cook ordered his men to lighten the load by throwing heavy objects overboard and to haul the ship off the reef.

This involved dropping a number of anchors, carried by the ship’s boats, at some distance from the ship, then heaving on these anchors as the tide rose, in an attempt to raise the ship off the reef.

A number of attempts failed, but eventually, almost a day after she struck the reef, the Endeavour was hauled free.

Now Cook’s crew faced another problem. The damage to the bottom of the ship (the hull) meant it was taking on water. The crew (including Cook) took turns pumping water out of the ship. They then used a special ‘fothering’ sail to slow the leak. A sail coated with sticky fibres, including sheep wool and dung, was lowered beneath the boat so that it covered the hole. With the leak under control, Cook set off to look for a safe harbour where the ship could be beached and repaired.

All the Endeavour’s anchors were retrieved by the crew except one, which could not be freed from the seabed and was cut loose in 1770. That anchor lay undisturbed for 200 years until it was recovered by divers in 1971. It is now part of the National Museum of Australia’s collection and on show at the James Cook Museum in Cooktown, Queensland.

Why was the journey of the Endeavour of such significance to Australian history?

What role did this anchor play in freeing the Endeavour from the Great Barrier Reef? What significance might this have had for the history of Australia?

Why was the anchor left on the seabed of the Great Barrier Reef?