The Crimson Thread of Kinship represents Australian history from its beginnings to the Centenary of Federation in 2001.

The embroidery is 12 metres long representing the unfolding story of Australia. It depicts the changing landscape of the nation, beginning with Aboriginal occupation of the continent and finishing in the southern night sky.

Designed by Sharon Peoples, the embroidery was created by the ACT Embroiderers’ Guild to mark Australia’s Centenary of Federation in 2001. Eighty-five women worked for 5500 hours to complete the project.

The guild donated the embroidery to the National Museum of Australia as a gift to the nation. 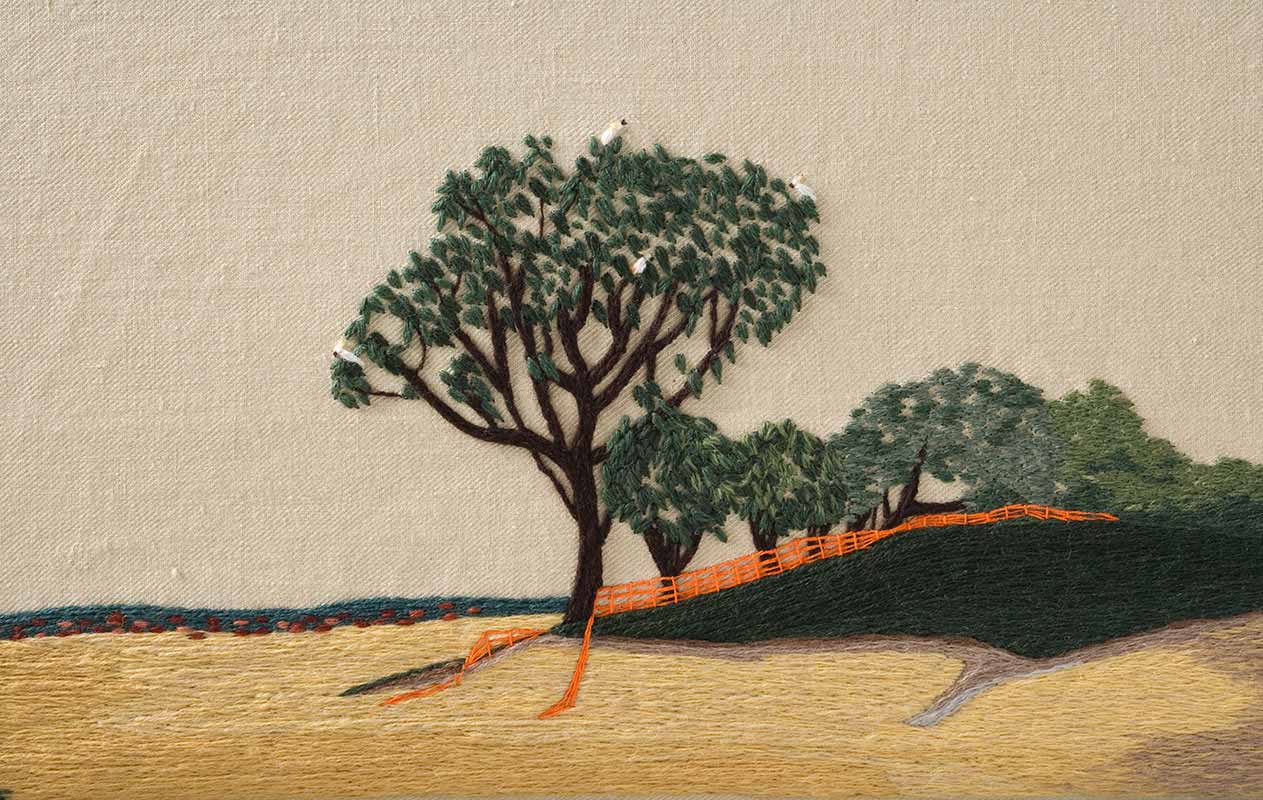 Trees and cockatoos from panel two

We became really aware of our surroundings — the shape of a big gum tree nearby, the inside bits of shells, Australian roads through the landscape. People often think of embroidery as fancy work — making doilies and supper cloths. We see it as an evolving art form.

Explore more on the Crimson Thread