This sawn brass gorget appears to be the work of at least two artisans. The crude, poorly spaced chased inscription is out of keeping with and partly obliterates the finely engraved design of an Aboriginal man and an emu. 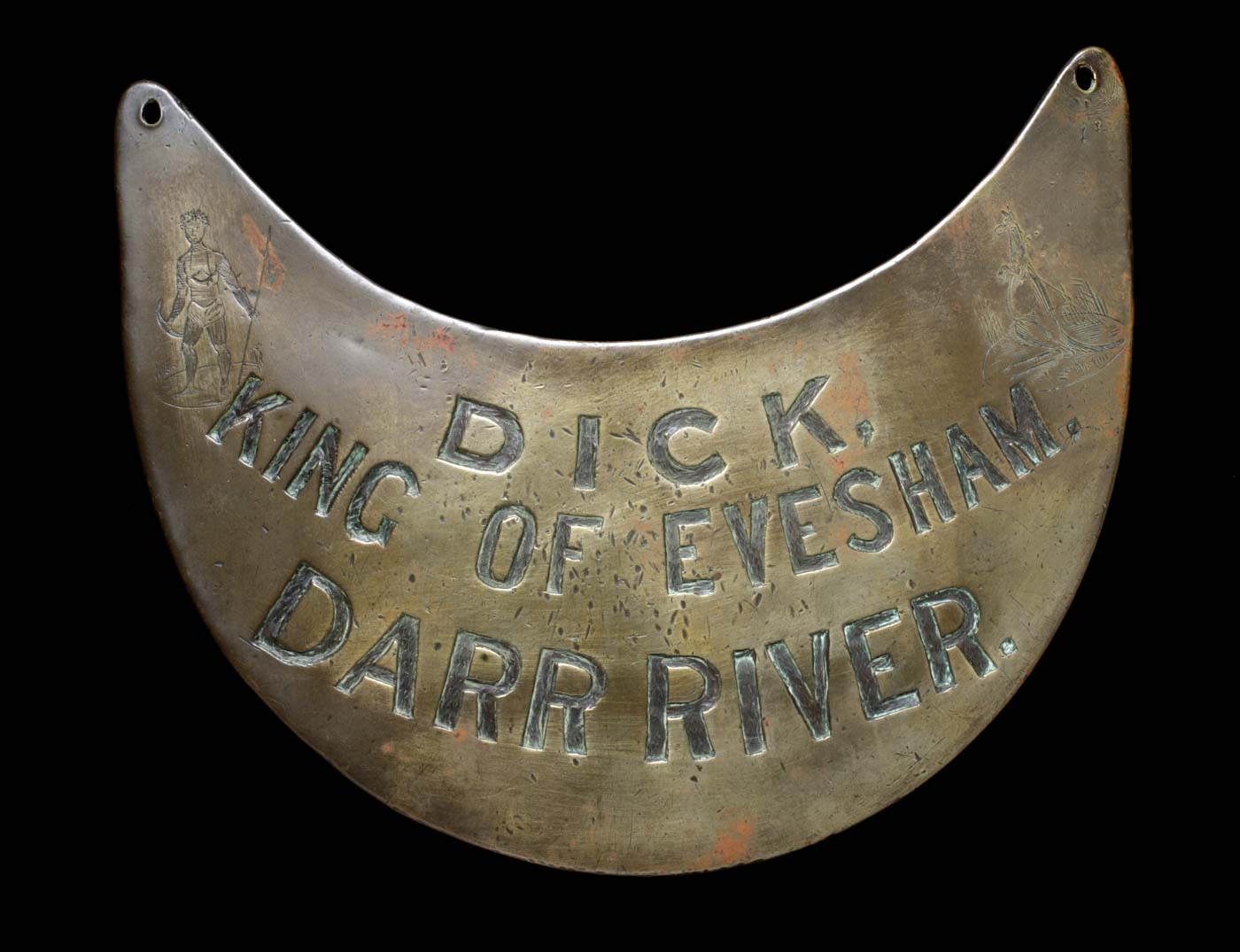 The plate is heavy and its ungainly shape also contrasts with the skillful decorations. The figure of the Aboriginal man is most interesting because he is wearing a gorget. Therefore the engraver may have attempted to picture the ‘king’.

Also notable on this gorget are the random marks made with a blunt instrument in the centre of its anterior surface which may indicate the plate was once used as an anvil, or they may be an attempt by the owner to personalise the gorget. Evesham is a property in central Queensland near the Darr River. Nothing has yet been discovered about Dick.