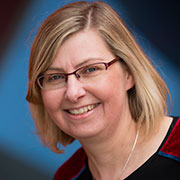 The National Museum is searching for more information on an album of exquisite seaweed specimens collected in the late 19th century. We believe the specimens were collected by Charles Morrison, an amateur Scottish seaweed collector who arrived in Melbourne from Ireland in 1854. We'd like to know more.

The album contains about 200 specimens from Ireland, the Cape of Good Hope and the Port Phillip area around Melbourne.

The earliest specimen – from Ireland – dates from 1851. Most of the Australian specimens were collected between 1859 and 1882.

We have little information about Charles Morrison and his life in Australia.

He was born in Glasgow, Scotland on 31 May 1817. He married Margaret Bell of Londonderry, Northern Ireland, in 1847 and they had six children.

The family lived in the Melbourne suburbs of Collingwood and Fitzroy. The specimens in the album suggest Morrison emigrated to Australia with his family around 1854.

If you have any information about Charles Morrison we would love to hear from you.

The National Museum purchased the Port Phillip seaweed album in 2013.

Handwritten notes tell us where and when the seaweed specimens were collected. Some specimens also have scientific names. Until recently we did not know the identity of the collector.

Julie was determined to track down the identity of the collector and set about comparing the handwriting in our album with similar albums in herbarium collections in Melbourne and Sydney.

She noticed similarities between the handwriting in albums at various institutions as well as similarities in the collecting locations, which pointed to Charles Morrison.