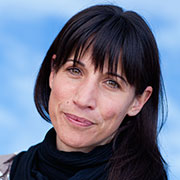 Trevor Kennedy describes it as, ‘a bit like a love story’. He smiles as he ponders the relationship that is one of the most significant of his life. It has spanned over 50 years and consumed a significant amount of his time and energy. But it has also rewarded him with excitement, joy and comfort during difficult times.

The object of Kennedy’s affection is his collection. His vast, magnificent, eclectic, unique collection. It is known as one of the largest and most significant, privately owned holdings of Australian historical artefacts and decorative arts.

Since October 2017, this remarkable collection has also consumed my own thoughts, time and energy and as I have come to know it, it has found a special place within my own heart.

In January 2020, the Museum concluded negotiations for the largest collection purchase in its history. We purchased just over 800 items from Kennedy’s collection: jewellery, ceramics, artworks, furniture and textiles. Objects made from every type of material – silver, gold, wood, wool, fur, feathers and shell. All items of historical significance.

So where did it all begin? Where did this love story start? Perhaps unusually, Kennedy’s passion for collecting Australiana did not begin in Australia.

Kennedy was a journalist, beginning as a 17-year-old cadet at the Albany Advertiser in Western Australia before moving to Canberra to work for the Financial Review. He remembers the provisional parliament house fondly – the labyrinthine corridors, the cramped but convivial working conditions and, most importantly, the easy access to politicians and power brokers. In 1968, he was posted to London as the Financial Review’s European correspondent.

In London, Kennedy was busy but not all his time was devoted to work. On his days off, he scoured antique markets in Portobello Road and beyond. The antique scene in London during the 1960s and 70s was a bustling hive of activity. Stalls, shops, fairs and markets overflowed with objects of every conceivable description. This was an era of discovery, when treasures could be unearthed and fortunes made.

There was no internet to assist in determining an object’s history or value. You needed a good eye and a willingness to take a risk. A nondescript item might have untold significance. A piece picked up for a pound could turn out to be worth thousands. It was exciting and clearly addictive.

When Kennedy moved back to Australia, his collection and interest in Australian history continued to grow. It was perhaps his role as editor of the Bulletin, a magazine with a special place in the history of Australia, that continued to fuel Kennedy’s fascination with Australiana and Australian history. An active and longstanding supporter of, and advocate for, Australian museums, he noticed a lack of engagement by the general population.

He wondered why Australians were not fascinated by, or alive to, the stories of the nation. In part he blames this on the way in which Australian history was, or was not, taught in Australian schools. It is an issue he still laments today. His collecting was, in some ways, a demonstration of the remarkable depth of Australian material culture and history that was waiting to be appreciated and understood.

What began as an amusement grew to immense proportions. In 2005, Kennedy significantly increased his existing holdings when he purchased the Ruth Simon collection – approximately 1475 Australian artefacts including furniture, ceramics, clocks, artworks, gold and silver.

Simon, like Kennedy, had been an avid collector of Australiana at a time when Australian antiques were not particularly fashionable. In her obituary, journalist Terry Ingram credited Simon with ‘almost single-handedly creating the market in Australiana in the build-up to the 1988 Bicentennial’.

Kennedy’s collection now required a home. In 2008 he began to renovate Rawson Hall on Kent Street in Miller’s Point, Sydney. The building became a display space for his growing collection, his own private museum, as well as his office. Although I am thrilled that this collection has come to the National Museum, there is one sadness for me – that this wonderful place no longer exists.

Over the past 3 years, working at Kent Street has provided months of fascination, discovery, wonder and joy. It was a remarkable display. The walls were densely hung with paintings, posters and ephemera of every kind. Shelves were crammed with ceramics. Priceless artefacts sat alongside garish salt and pepper shakers from the 1950s. Beautiful wooden cabinets housed cups of glittering gold. A mezzanine level was dedicated entirely to drawer after drawer full of sparkling jewellery.

This place was a curator’s delight. It was the type of museum you dream of as a child, where you can wander freely among objects and open every drawer, peek in every cabinet.

Kennedy’s pleasure in his collection was evident in the way that it filled each room, with objects jostling for space and competing for your attention. A mass of history enveloped you. It was a beautiful and chaotic house of treasures and the unique creation of a man with a tremendous vision.

If you ask Kennedy to pick a favorite object, a quick look of pain crosses his face. It’s the kind of look a parent might give if asked to disclose a preference for one of their children. He avoids answering directly. This is not due to any lack of beloved objects to choose from, or stories to tell. What it highlights is that for Kennedy, this is not about one object over another. 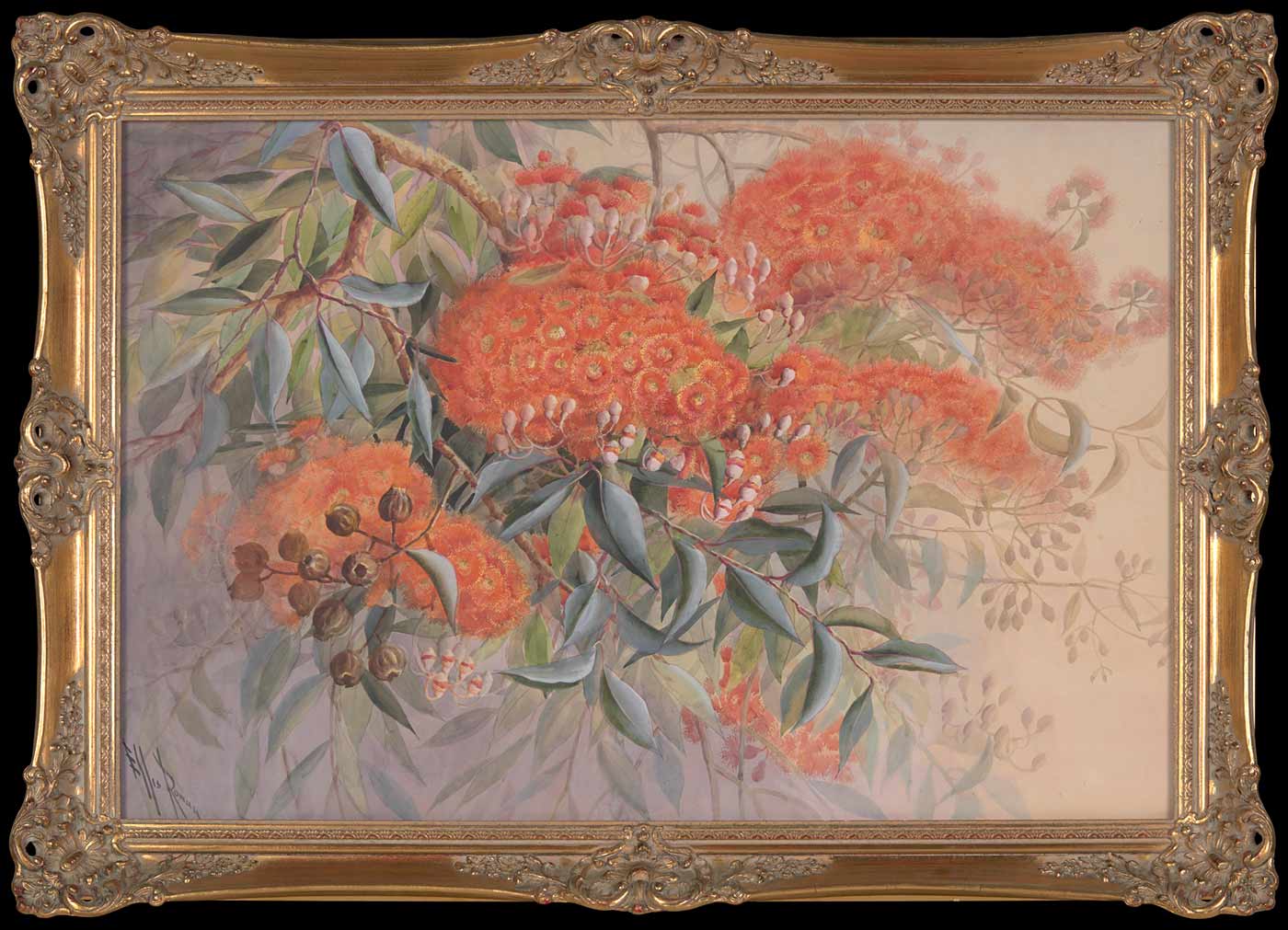 His true passion is for the collection as a whole. It is not the number of objects that matters. It is the power that comes when so many themes, ideas, makers and moments come together in a single space. It is a cacophony of stories. A wealth of ideas. As Kennedy sat in Kent Street, surrounded by his creation, he would tell you, laughing, that it contains some junk. The sense is, however, that even the junk is dear to him and has a legitimate place in his collection.

One of the things that I find most appealing about Kennedy as a collector is his lack of pretension. His collecting has not been an activity conducted in order to impress. It is unapologetically a personal project that reflects his own enthusiasms and interests. Spending time with him at Kent Street has been a pleasure and an education, and has provided a glimpse into the mind and methodology of a collector of tremendous intellect, humour and enthusiasm.

Kennedy’s collecting mirrors his business style. He is a man with a finger in a lot of pies. He was never going to have just one special interest, to focus on a single area and plumb it to its depths. His collecting has been somewhat unbridled and he has always pursued multiple avenues of interest simultaneously. It has, he says, kept him sane during some of his darker times. It has been a folly, an indulgence. In his own words, ‘it’s a bit crazy’.

With the resources, the energy and the contacts, Kennedy has been able to pursue objects around the world. In many cases, he has been able to bring significant objects to Australia that might otherwise have never been returned.

In later years, as his collection and his collecting have become well known, he has not had to work as hard to find new additions – it would come to him. His inbox, he moans, is full to bursting with catalogues from dealers and auction houses from around the world. Although he has now cut back on purchases, there will occasionally be something just too tempting to ignore. He is, however, trying very hard to resist.

For many years, Kennedy has felt that it was time for his collection to find a new home. The breadth, extent and nature of the collection made the National Museum an ideal choice. However reaching the point at which we have now arrived has been long and torturous, for both parties.

Discussions between Kennedy and the Museum have been conducted in a stuttering manner since 2011 but commenced in earnest 3 years ago. Since then, we have progressed slowly and steadily through a painstaking process of research, documentation, valuation, selection and negotiation. It is remarkable that 2020, a year marked by such difficulty and disaster, should prove to be the year in which negotiations would reach such a brilliant conclusion. 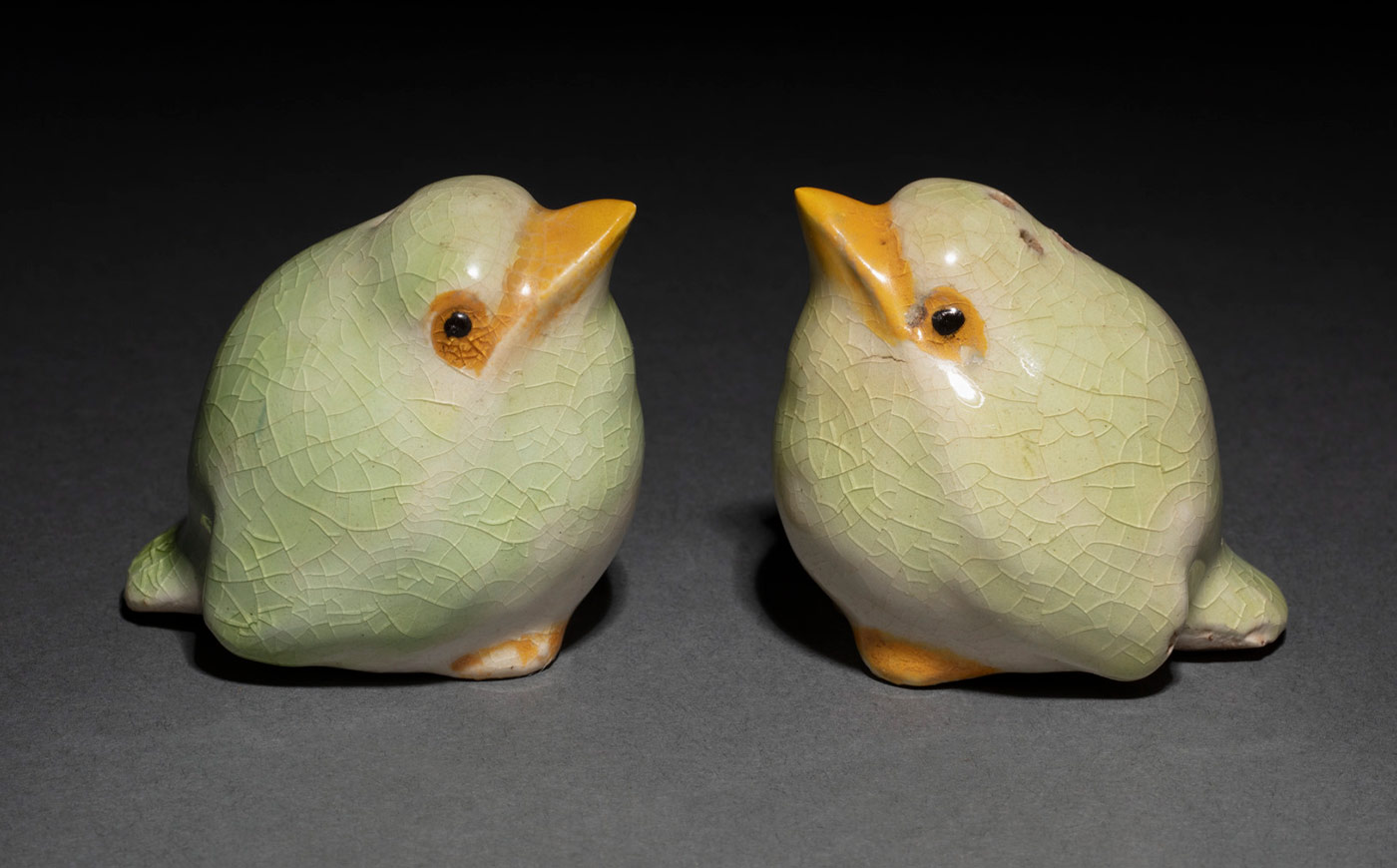 A collection for the nation

It has been a privilege to get to know this collection. Bringing such a significant acquisition into the National Museum has been one of the highlights of my curatorial career. The scale of the task has made it a challenging and, at times, daunting experience. However it has also been fascinating, exciting and immensely rewarding.

The real reward, however, is yet to come. We can now begin a program of research and digitisation that will make the collection available and accessible to all Australians. I am excited to have the opportunity to bring the stories contained within the Kennedy collection to light. As it becomes a part of the National Historical Collection, it will enable us to make new connections with our existing holdings, building on existing strengths and opening up new avenues for us to explore.

In April 2021, we will open a small exhibition featuring some of the highlights of the Kennedy collection. The exhibition aims to capture not only the diversity, the magnificence and the significance of this acquisition, but also some of the magic and mayhem of Kent Street and the character of the man behind the collection.

The combination of the Museum’s purchase and Kennedy’s donation means that the unique character of this collection has been maintained. This has only been achieved thanks to Trevor Kennedy’s generosity.

Every museum in the world has collections that become turning points in their history. Collections that help shape and define the heart of the institution. The acquisition of the Trevor Kennedy Collection represents such a moment in the history of the National Museum of Australia.

The Trevor Kennedy Collection: Highlights exhibition is on display in the Studio Gallery from April 2021.