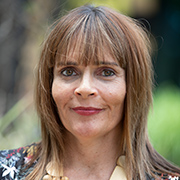 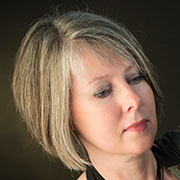 Our research into a dress dating from the early 1740s has taken us to the costume department at Sydney's Museum of Applied Arts and Design (MAAS).

This dress from the Springfield-Faithfull family collection is almost 300 years old. We hope to discover how an 18th century gown with origins in the fashionable forums of France and the silk weaving industry of London ended up on a sheep station outside Goulburn in New South Wales.

Cheryl Crilly and Michelle Newton-Edwards with the Springfield dress

The short story, we think, is the gown was brought to Australia by Devonshire migrant Mary Deane. In 1845 she married pastoralist William Pitt Faithfull, the founder of Springfield merino station, near Goulburn.

The long story — we’re discovering — is much more complex.

The open-front style of the National Museum's Springfield gown, with its fitted bodice and voluminous skirt, was typical of the 18th century and originally worn by the French.

A corset up top and layers of petticoats and panniers (a type of side hoop) beneath the skirt would have achieved the ideal silhouette for the time.

The striking brocaded floral, silk fabric of this dress is beautiful and a clue to dating the gown and identifying where the silk was made.

Large, bold, scrolling floral and leaf designs, such as we see on the Museum’s gown, were popular in the first half of the 18th century, particularly in England.

Spitalfields on the outskirts of London was the silk manufacturing centre of England and home to skilled designers including a woman named Anna Maria Garthwaite.

The Museum’s gown bears a strong resemblance to her work from the early 1740s. Could it be that Garthwaite, one of the few women designers in the silk industry and creator of more than 1000 designs inspired by botanical specimens, designed the silk pattern on the Museum’s dress? Hopefully further research will tell.

When Mary Faithfull and her family arrived in Sydney in 1838, the gown would have been well and truly out of fashion but treasured as a family heirloom. It would have been worn by Mary’s grandmother or great-grandmother — or even both and then passed down through generations of women in the Deane and Faithfull family.

In 1929, almost 200 years after it was made, the gown was worn again by Mary’s granddaughter, Clarice Anderson-Faithfull.

This adds yet more layers of information to this story. Changes were made — rather hastily it seems — to fit Clarice’s measurements.

The size and length of the gown were reduced with alterations to side seams, the bodice and skirt front. Lace was added to the neckline and sleeves and a small set of panniers was stitched to the waist to add volume to the skirt.

Clarice and other well-known young women in Sydney society took to the floor at the Ambassadors hotel fundraising while dressed in their ancestor’s gowns.

Our research now turns to earlier modifications. It is likely the gown was altered at least twice in the 18th century, possibly to update its style. This was common as fashion changed slowly during this period and valuable silk was often re-used

At MAAS we looked at three beautiful dresses dating from the 1760s and 1770s, comparing their construction and fabrication to the Museum’s gown.

Each of these dresses have finely sewn cotton or linen internal bodices. These provided a structure onto which the valuable silk fabric was fitted onto the body.

The unlined skirts are constructed from selvedged edged panels, with gathering at the waistbands varying in technique. Interestingly the sleeve construction was more fitted to the curve of the arm than the sleeves found on the Museum’s gown — which are an unusually wide cut.

One of the dresses still has its original underskirt, an invaluable source for us as our gown has long been separated from its underskirt.

Made from the same magnificent dark blue silk brocade as the dress, the open backed MAAS underskirt is fully lined with cotton and fastened at the waist with a cotton tie.

The front is flat with sides pleated into the narrow waistband to provide additional support to the wide-hipped silhouette that was so fashionable during the 18th century.

We will have to replicate this element if we choose to display a more complete version of the gown. We could opt for a contrasting underskirt as Clarice did in 1929 or consider creating a matching brocade through digital printing.

There is lot more dress detective work ahead.

Read how curators and conservators used lockdown as an opportunity for more research into the silk brocade dress.