Not Just Ned: Behind the scenes

The Victorian Lands Act 1862 map measures more than 6 x 4.5 metres and was on public display for the first time in more than 100 years. Signed by parliamentarian Charles Gavan Duffy, the map shows land available for selection in the Victorian colony.

The map was on loan from the Public Record Office, Victoria for the exhibition Not Just Ned: A True History of the Irish in Australia. 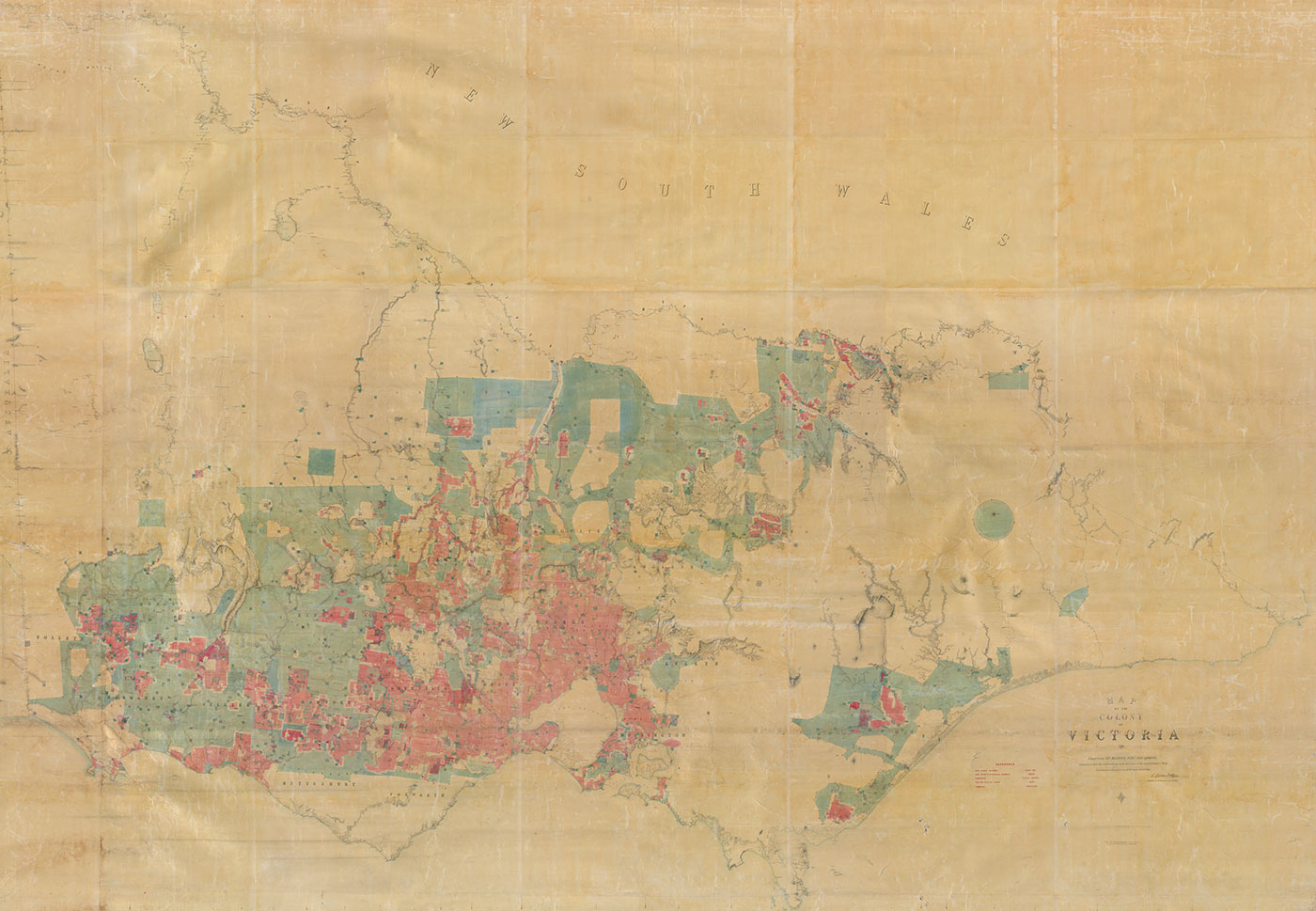 Duffy's map, put on public display in the Victorian parliament between 1862 and 1865, shows the 4 million hectares of Crown land (in blue) that would ultimately be available for ‘selection’, and those lands (in red) already owned by individuals. It remains Victoria’s and possibly Australia’s biggest map.

The Act immediately opened up over 600,000 hectares of land for selection in 250-hectare blocks, to be paid off in small amounts over eight years. In the rich Western Districts the squatters got around the Act and purchased the best land.

Duffy, a former Irish rebel who was knighted in 1873 for his services to the Crown, was ridiculed in the press for not having understood the reality of land use in the colony. His map survives as evidence of one Irishman’s dream of a new country for small farmers, far from the oppressions of the old world, enjoying personal prosperity and freedom.

Charles Gavan Duffy, a follower of the ‘Young Ireland’ nationalist party in the 1840s, was arrested in 1848 and tried five times, unsuccessfully, for high treason.

Ireland was then in the grip of the Great Famine, and Duffy felt that one practical solution to the problems besetting the country would be to make it possible for poor tenant farmers to buy and own their land.

Nothing came of his efforts in that direction. In 1855, despairing of the British parliament’s ability to improve conditions in Ireland, he settled in Melbourne. 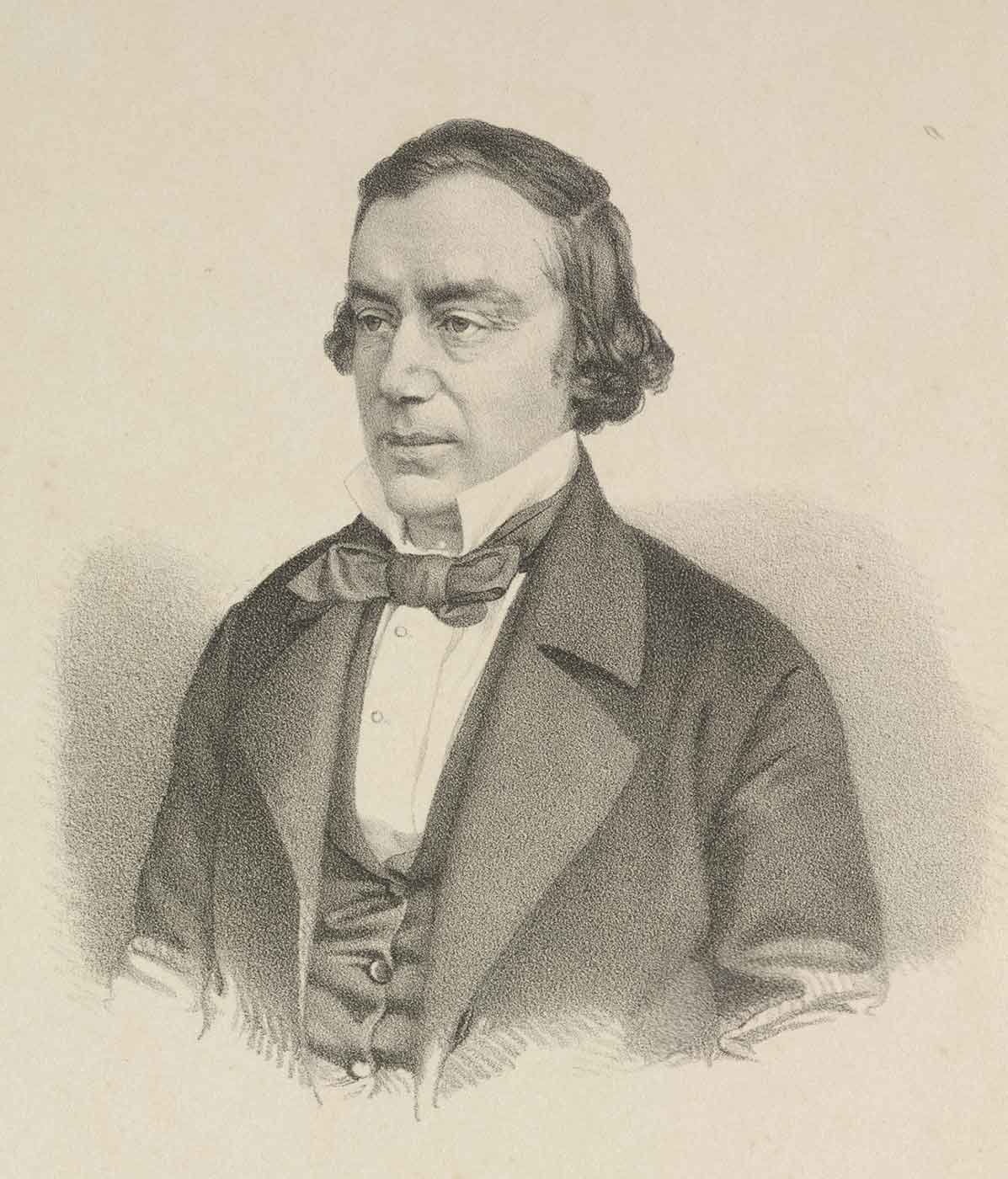 In 1856 Duffy was elected to Victoria’s first Legislative Assembly. During the second half of the 1850s the easily won alluvial gold, which had attracted thousands of immigrants, began to run out, and a major issue of the day was what to do with this restless surplus population.

In Victoria, as in Ireland, Duffy supported the idea of giving access to land to those with little capital. Farming would provide a ‘healthy and pleasant pursuit’ for ex-diggers who might otherwise become ‘discontented and dangerous to public safety’.

And for his Irish countrymen, who had been driven from the land in Ireland, Duffy saw the prospect of a ‘more prosperous home on the genial soil of Victoria’.

Duffy’s ‘Land Act’ (The Victorian Lands Act 1862) attempted to cater for this land hunger. In his Guide to the Land Law of Victoria, Duffy referred to a ‘large map’, hanging in Melbourne’s Parliament House, which showed the distribution of land ownership in Victoria.

Apart from areas unsuitable for agriculture, official surveyors identified 4 million hectares where men who had been labourers in England, or tenant farmers in Scotland or Ireland, could become owners of the soil. Intending settlers could ‘select’ blocks of up to 260 hectares for a small initial sum, with the rest to be paid as rent over a number of years.

The Act failed because the great pastoralists or squatters, especially in the Western Districts, were able to evade its provisions and acquire the land for even larger sheep and cattle runs.

Explore more on Behind the scenes